Juvenile loses all sense of "Reality"

A great rap album combines intense, meaningful lyrics about intriguing stories with super production and impeccable beats. A great rap album is smooth, concise and powerful. Juvenile's latest, highly heralded release, "Reality Check," is not a great rap album. In fact, Juve's new CD is immature, not meaningful, and is sloppy, not smooth.

After splitting with rappers Baby, Lil' Wayne and the Cash Money Millionares to form UTP Records, Juvenile was supposed to make a triumphant return to the rap game with "Reality Check." Instead, the album is a lackluster release from a promising rapper who has not matured as an artist or lyricist.

The New Orleans native opens the 19-song album with the politically motivated "Get Ya Hustle On," sending a viral message to fellow Katrina victims. "Your mayor ain't your friend he's the enemy/Just to get your vote, a saint is what he pretend to be," rhymes Juvenile, who also takes a focused and intelligent crack at FOX News and FEMA. 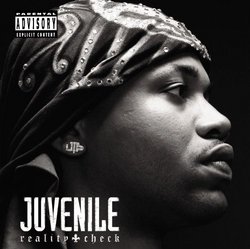 But Juvenile's incisive political statements are lost in the latter stages of the album, which reverts back to some of his favorite topics to rap about: women and wealth. "Loose Booty" and "Who's Ya Daddy" are regurgitations of "Back That Azz Up," Juvenile's classic ode to the female body. But Juve's lyrics are weak and unimaginative, ruining two superbly composed records.

"Way I Be Leanin'," featuring Mike Jones, Paul Wall, Skip and Wacko can only be described as disappointing. The track's hook is a looped Jay-Z sample, and though Jones and Wall add a southern feel to the song, Juvenile's verse is jumbled and not conducive to the Houston-style beat. "What's Happenin'" and "Break A Brick Down" add to the list of bland, monotonous tracks that display only Juvenile's lifeless and unoriginal lyricism.

Juve gets gentle with "I Know You Know," an R&B-inspired song featuring crooner Trey Songz. The clicking, almost mysterious beat is just slow enough for Songz to carry the hook and quick enough to complement Juvenile's slick flow, which is at its best on this track. "You gotta believe me/ You don't have to police me/I be in the streets making sure that me and you eat, see," raps Juve to his imaginary girl. Surprisingly, the song stands out as one of the best on the album.

Guitar strums lace the beat for "Rodeo," by far the best song on the album. The track centers around Juvenile's love of exotic dancers, but he stresses that he is "on a positive vibe" and makes sure not to degrade his female subjects. The song is the only evidence of Juvenile's growth on the album, as he blends lyrical potency with a beat flashy enough to dance to.

"Sets Go Up" features an unconventional, futuristic beat that sounds promising at its outset. But 20 seconds in Juvenile decides to repeat "And the sets go up!" until the listener can't help but hit the skip button. Juve's filler material doesn't stop there, as "Rock Like That," featuring Bun B, is just as lifeless and annoying. The track is more suitable to Bun's flow and Juvenile flails trying to wail a chorus over another southern-inspired beat.

"Around the Way" draws on scratching and horns and gives Juvenile the space to deliver some of the best lyrics on the entire album. "Was a face in the crowd/I'm a baller with grace now," Juve flows, changing the track's tempo at warp speed. "Keep Talkin'," featuring Skip and Red Eyezz, is the first song that comes across with passion as Red Eyezz raps "Life is fast/I get cash and write about it/At night it ain't safe in the South/We bout it, bout it." But Juve is again the weak link on the track, breaking the lyrical chemistry brewing between his guests.

Juvenile hooks up with Skip for "Why Not," a solid track with the bass-bumping beat expected from Juvenile's anthems. But the song is followed by the outrageous and odd "Animal," which comes complete with elephant, dog, bird and hyena sound effects and a weak hook ("I'm an animal/ Yes I am an animal").

From "Animal," the album only goes downhill, as Juvenile limps through the last four tracks. The most disappointing song on the CD is "Pop U," which features rap veterans Ludacris and Fat Joe. Luda delivers the single most impressive verse of all 19 songs, but by the time he gets ready to rhyme on the track, listeners will have tossed their CD player out the window listening to Juve's dead performance. "Addicted," "Holla Back" and "Say It To Me Now" provide a fittingly lackluster finale to "Reality Check."

Juvenile has both failed to expand his musical horizons and refused to give listeners the classic booty-shakin' tracks he is known for. Though the album has its highlights, Juvenile's unimaginative, boring attempts at refining his lyricism make "Reality Check" a real dissapointment.