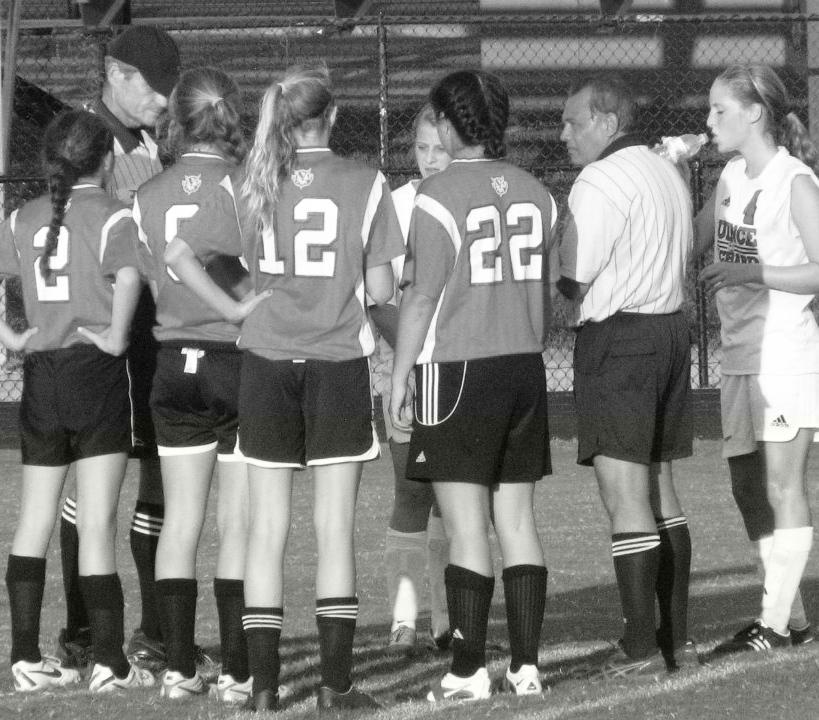 The girls' soccer team ended a successful season with a positive attitude and a strong record of 7-1-1 to boot. As the season progressed, the girls grew closer and were able to work together more successfully.

Sophomore captain Hallie Richie felt that a great deal of credit should go to the strong leadership amongst the sophomores, who all stepped up to encourage the team's younger players.

It was also beneficial that many of the girls had played on the same recreational league teams in previous years. According to Richie, the girls were able to use their great chemistry to predict each other's moves, "One of the girls was always there waiting at the goal in case a shot missed so they could pick it up and keep the momentum rolling," she said.

Though the team has great talent and the freshmen who came in surprised the team with their abilities, the girls will need to work on taking shots and being more confident in their skills. If they can make these improvements, Richie believes they will be unstoppable, "I'm very happy with how the season panned out and how the girls played, and I look forward for when this year's freshmen take over next year." 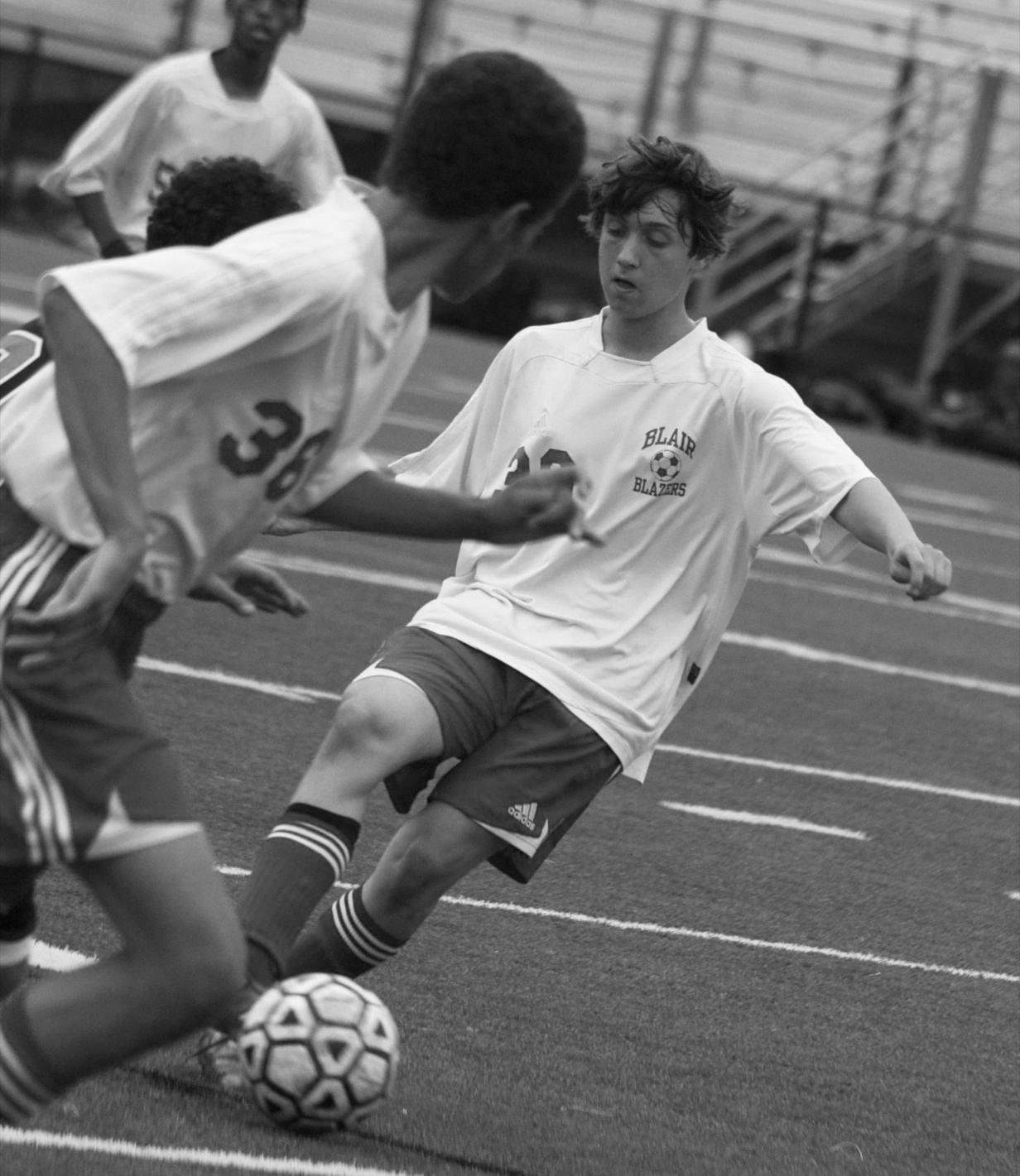 The JV boys' soccer team ended the season please with strong playing and an unreflective 5-3-1 record. The boys dominated their first four games, but midseason, some of their best players were moved up to varsity. The team's performance dropped drastically, with tough losses in their next two games.

According to coach Chris Brown, the team's mid-season shake-up had its positive aspects, as some JV players went on to be challenged at the varsity level and other younger players got more playing time on the JV squad. Playing time is critical to developing players, "The one thing that will make the team unstoppable is time. The more they play together the harder they will be to beat," said Brown.

The team's record took a hit this year, but according to Brown the skill and performance stayed strong. They tended to rely on the midfield and defense, and according to sophomore captain Jacob Rini the team needs to focus more on scoring. 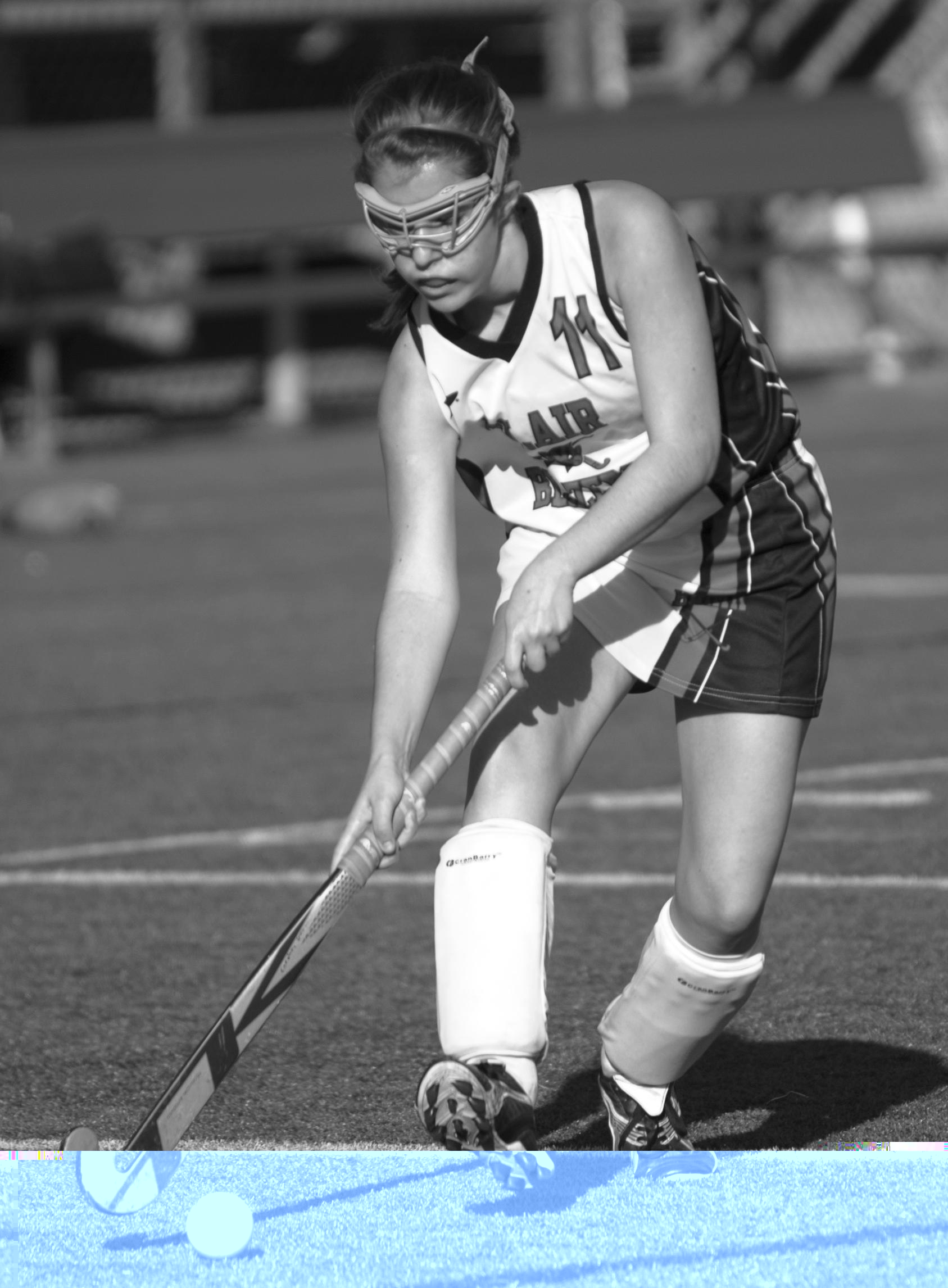 The field hockey team posted one of Blair's better records, ending with 7-2-1. Both losses were to very difficult opponents and were one-goal decisions. Coach Nina Hagan felt the team really came together this year, although there is still room for improvement on their individual skills that will come with time.

The team's chemistry was evident in their playing, "They seemed like they had been playing with each other for years," said Hagan. They were especially good at passing and off-the-ball movement. This edge was magnified by some of the players' individual skill.

This year, the team mostly consisted of returning sophomores, but Hagan felt newcomers took the time over the summer to teach themselves, "It felt as though they were returning players," said Hagan.

The JV Football team ended their season with a record of 6-2. The team started off strong with four good games but after a tough loss to Whitman at the Homecoming game the team lost the remainder of their games in the season. 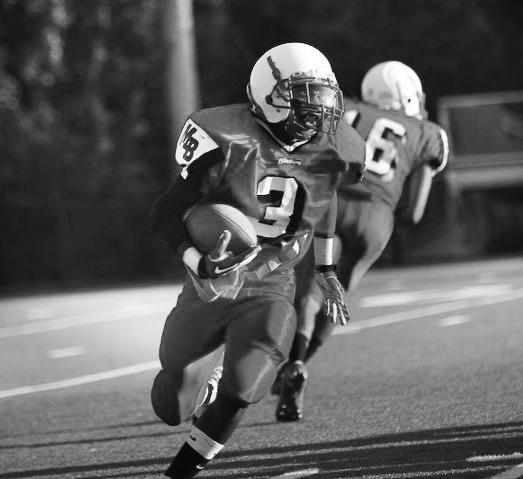 According to Cumberbatch, the loss to Whitman was caused by the team's overconfidence and inability to stay strong throughout the game, as they were unable to protect the sizable 34-point lead they built early in the game.

The team's commitment to being more competitive this year has really shown in their playing according to Coach Kelly, "The players are more focused, they have embraced some tough goals and they have greatly benefited from practicing and running drills with the varsity team."