On Friday night, several Blair students and members of the D.C. based youth group City at Peace held a benefit concert outside the Pyramid Atlantic Art Center on Georgia Avenue to raise funds for the organization. City at Peace, which teaches area youth about diversity and promotes tolerance and non-violence through the performing arts, recently shut down indefinitely due to lack of funding and decreased attendance. 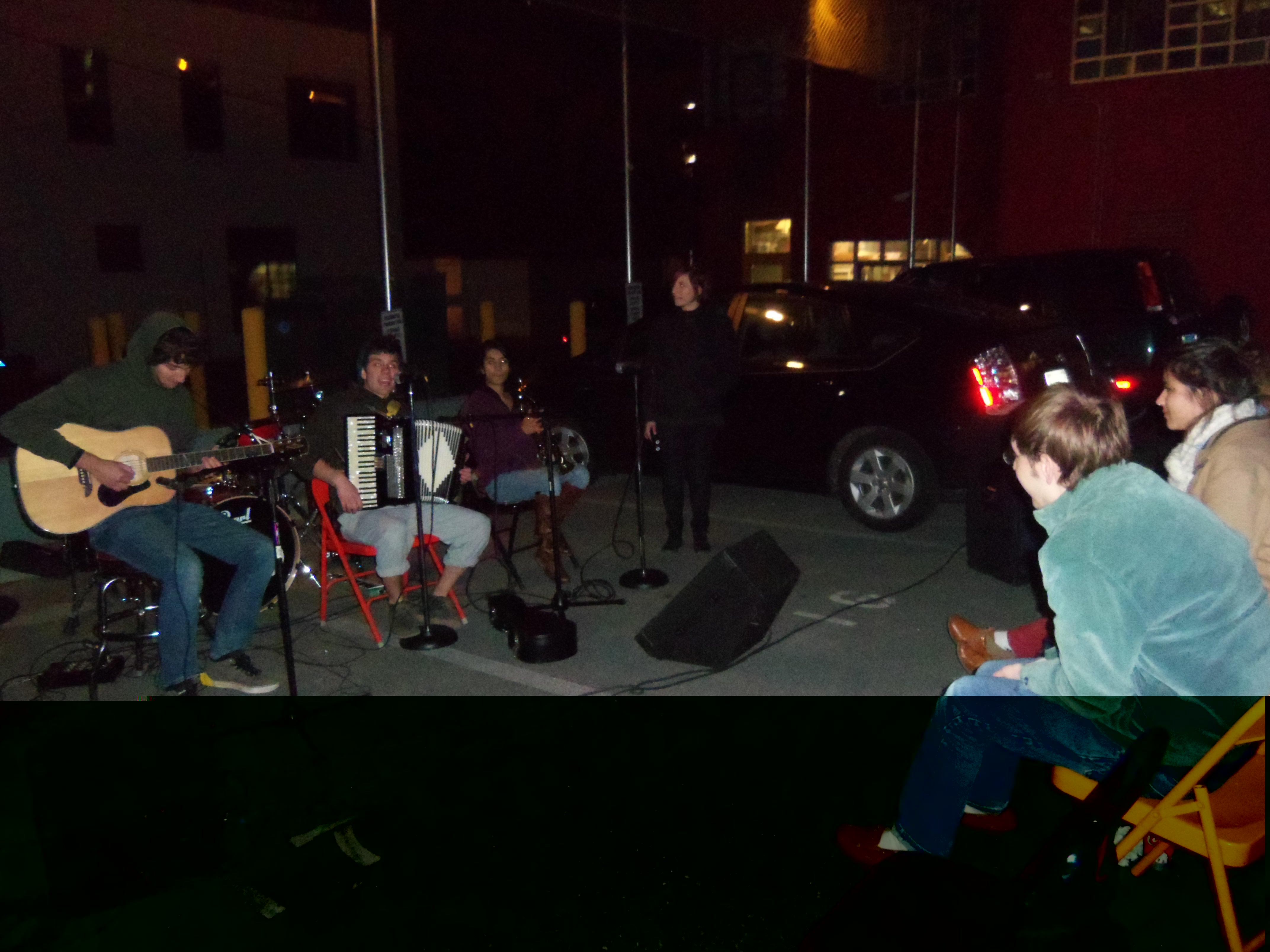 The concert was scheduled to begin at 6 p.m., but few performers or spectators had arrived until later in the evening, partially due to the event's coincidence Blair's SGR Spectacular . Senior John Shedd, a City at Peace member and performer, was disappointed by the turnout. "It was depressing," Shedd said. "I expected a little more community."

The musicians continued to play, sing and rap despite the low turnout and low temperature. Junior Nyah Layne, who organized the event, approached dozens of people walking past the outdoor concert, telling them about the cause and accepting donations. Layne was surprised at how many gave money for the program. "It was awesome," Layne said. "We raised 74 dollars."

One of the factors leading to the program's closing is that fewer teenagers have been participating. "One of the major factors is attendance," Layne said. According to Senior Alice Mukora, the organization has had to return some grant money that was contingent on a certain number of people. "We didn't have as many people in the program as needed," she said. "One grant was dependent on the number of D.C. kids, and there are not that many."

Layne said that the chances of it starting again were slight, but she and others are continuing to raise money in hopes of reviving the program. According to Mukora, some former members are looking for donations from anywhere. "I know people who emailed Oprah," she said.

Blair students also felt that the organization was a worthy cause. Shedd said that his time with City at Peace was enjoyable and educational. "I like it because it teaches us new things about inequalities that people face," he said. Shedd remembered one particular activity that he thought was very valuable. "There was one discussion about female stereotypes," he said. "I learned things that I didn't know that women would get offended about, so that'll help me later in life."

Mukora, who is on the organization's Production Team, which schedules rehearsals and acts as a liaison between the performing cast and the directing board, said City at Peace was a supportive and positive environment for her. "I'm going to miss having an atmosphere where I felt safe, and could speak openly and know I wasn't going to be judged, and had a support system of people there for me," Mukora said.

Shedd also enjoyed the organization's supportive nature. "I'm going to miss the environment where you can say anything you want, and you can get advice from adults and peers that won't judge you," he said. "For some people it's the only constant thing they have."

Layne expressed her regret over the program's closing. "It's sad to see something that many people, including myself, cared so much about come to such a tragic end," she said. "This program meant so much to many of its members, staff and alumni."