King Richard: A Tale of Tennis, Tears and Triumph

Anyone who’s familiar with the phrase, “It’s about the journey, not the destination” knows its place in film as a corny and commonplace conclusion. As a powerful defiance of that trope, “King Richard” puts a hard-hitting spin on it in the form of a tennis sports drama.

Directed by Reinaldo Marcus Green, most known for directing and writing Monsters and Men (2018), “King Richard” tells the inspiring true story of Richard Williams’ (Will Smith) journey to train his daughters Venus (Saniyya Sidney) and Serena (Demi Singleton) to be tennis world champions while he explores the consequences of his constant desire for fame and fortune on him.

The cast of “King Richard” embody their roles in this journey realistically, acting with emotion and subtlety that masterfully humanize the characters. Light-hearted banter and exuberant celebrations of success make you want to cheer, right up until a fight or argument drags you back down into the characters' difficult reality. Smith performs especially well in this respect, with moments of humor and wisecracks as well as anger and grief, all with an impeccable Southern drawl. Sidney portrays an ambitious and courageous Venus, who, despite constantly facing off against opponents older and more experienced than her, finds her own way to succeed. Brandi Williams (Anjanue Ellis), Richard’s wife, provides the strong opposing force to Richard’s stubborn possessiveness of his kids future. This dynamic between Smith and Ellis makes for both entertaining and emotionally-charged scenes that will leave viewers speechless.

The music, composed by Kris Bowers, is a perfect accompaniment for this duality, with bright pieces for tennis training scenes and darker ones for scenes of violence. Most films follow this format when it comes to soundtracks, but the absence of music defines the best scenes of “King Richard”. During the most heartbreaking scenes, all the viewer hears is breathing, a car speeding away or the sounds of a tennis match, allowing for the context of a scene to speak for itself.

The movie takes inspiration from many physical elements from Serena and Venus’ actual journey to stardom, such as the Volkswagen van Richard took his kids to the tennis courts in, Venus’ white beaded hair in her final tennis match and the authentic 90's feel of the home videos and TV shown within the film. The painstaking detail of recreation is also evident in the costume design when compared with the real footage, down to the exact patterns and colors of clothing worn by the real people.

Although “King Richard” is based on real events, it obviously takes some creative license. Rick Macci (Jon Bernthal), for example, is Venus’s high-level coach in the beginning, but his character ends up as just a dramatic foil for Richard. Serena, despite becoming the more successful tennis player, is hardly featured in the film, except when her parents are giving her a motivational talk. Scenes with such minor or shallow characters showcase how the film’s singular focus on Richard takes away from the potential of other characters.

The development of all other major characters center around their interactions with Richard. Venus, for example, goes through many struggles during the course of the film, but her character and motivations are overshadowed by those of Richard. When an opportunity arises for deeper exploration of Venus’ story, it is often redirected to Richard so he can worry over her future or give her advice. Instead of committing to follow Richard or allow Venus to speak, “King Richard” switches between the two in a way that leaves the viewer unsure who they should empathize with.

Every sports movie shares some elements: a training montage, a big match at the end, a motivational talk from a coach or mentor. Although “King Richard” retains many of the clichés of a sports movie, it still expertly retells a story of unconventional and legendary success. All the best elements of the film combine to make that story come to life with a power and authenticity that puts the viewer in someone else’s tennis shoes.

﻿“King Richard” is rated PG-13 for Brief Drug References, A Sexual Reference, Some Violence, and Strong Language. Now playing in theaters and streaming on HBO Max.﻿ 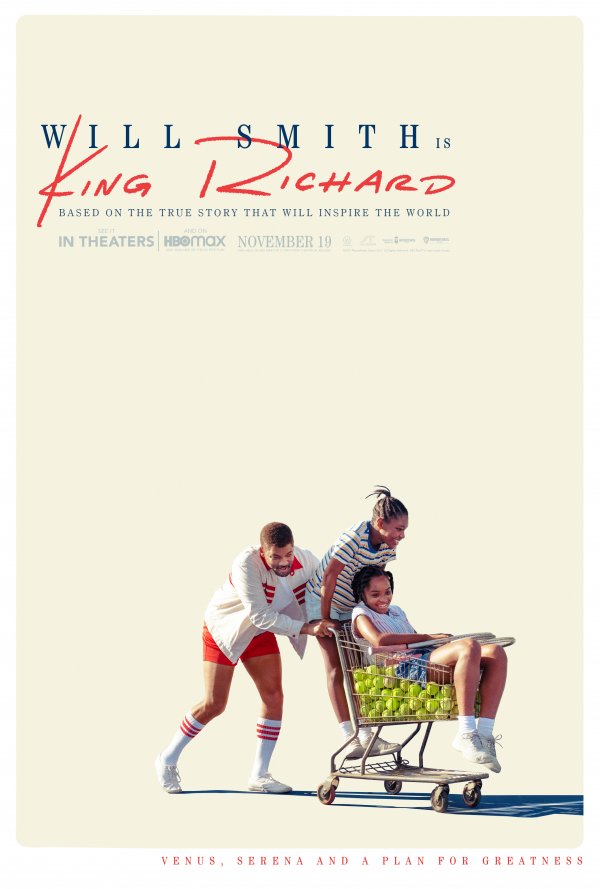 Gabe Prevots. Hi, I'm Gabe (he/him), a junior at Montgomery Blair High School. I enjoy biking and correcting minor mistakes in my stories. I think dogs are better than cats, probably because I have a dog. More »