Lady Blazers edged out by Wildcats

After a hard-fought three quarters, things were looking up for the Blazers (1-2) when sophomore Liza Curcio tied the game 32-32 against Walter Johnson (3-0) with seven minutes left in regulation. The Blazers proceeded to score a couple of layups but after two successful free-throws and a 3-pointer for Walter Johnson, Blair fell behind, finally losing 42-39. 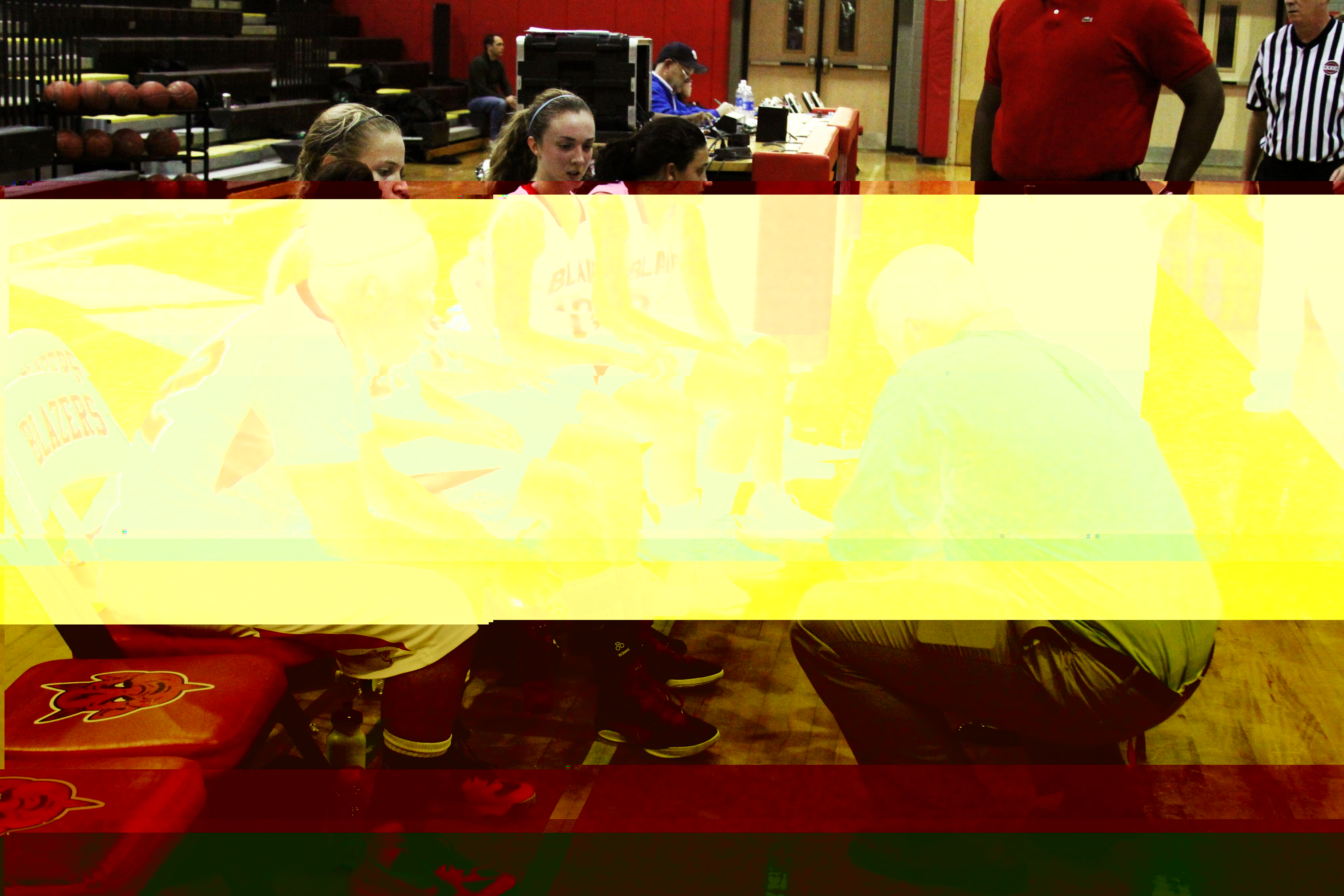 Photo: The Blazers strategize on the sideline.

Photo: The Blazers strategize on the sideline. Photo courtesy of Callahan Mayer-Marks.

The intensity of the game was high from the beginning. Although the Blazers started off strong defensively, the Wildcats went up 4-0 early. After several missed shots for the Blazers, junior Maggie McClain, who finished with a team high 13 points, made the team's first basket and got the Blazers on track. The Blazers continued to attack the basket and they ended the first quarter leading 15-9.

In the second quarter, Walter Johnson's aggressive playing and quick offense got them back in the game. After giving up the lead, the Blazers managed to slow down the Wildcats' offense and they evened up the score 20-20 going into the break.

After the second quarter, the pace of the game changed from quick to quicker, as turnovers piled up for the Blazers. By the end of the quarter they were down 32-30.

The fourth quarter, started well for Blair, with Liza Curcio tying up the score. Curcio then followed up junior Erica Adarkwa's lay-up with a three pointer, giving the Blazers a five point lead. It was short lived though as Walter Johnson abruptly turned the game around, putting them ahead 40-37, with only 2:08 on the clock.

The game ended in controversy as Naimani Staley made a shot on the edge of the three-point line. It was ruled a two pointer sending the crowd into an uproar. Unable to tie the score, the Blazers were forced to foul, giving two free throws to Walter Johnson. Both shots were good and the game ended 42-39.

With a full season ahead, coach Erin Conley sees need for improvement on both sides of the ball. "We really need to be in help-side defense and get more movement on offense,” Conley said. McClain also said that the offense needed work. "We need to work on getting open on offense, cutting hard, and setting picks,” McClain said.

The Blazers hope to play with the same intensity in their next home game, Friday, December 14 at 7 p.m. against Bethesda Chevy-Chase