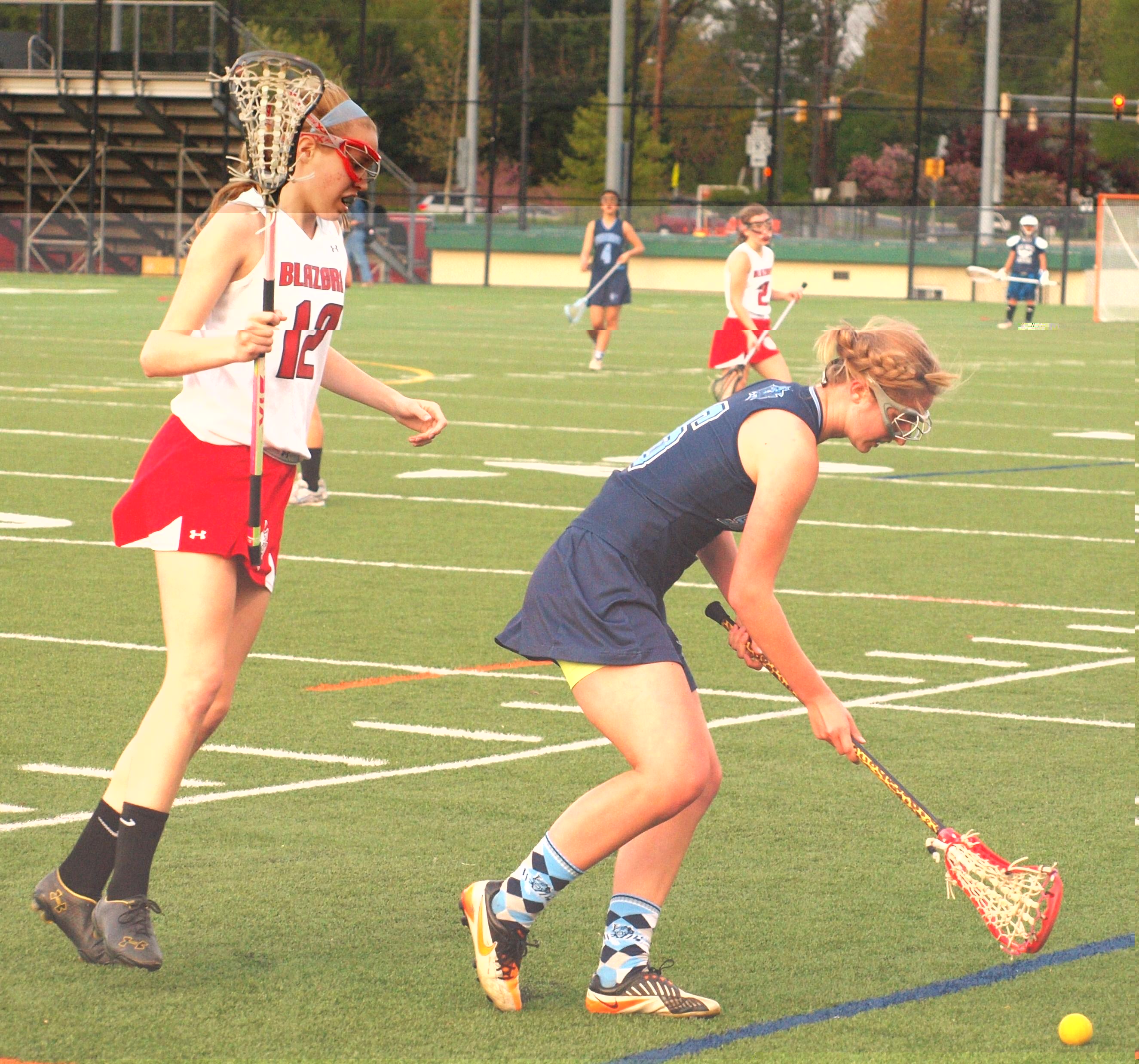 Photo: Junior Shannon Healy chases down the ball behind a Springbrook defender.

Senior Zoe McCarthy got the attack going quickly with a shot seconds after the draw due to an outlet pass from a teammate. The first goal came shortly after and Blair had quickly taken a lead. The Lady Blazers scored eight more goals before Springbrook was able get on the board.

While in past games Blair had started slow before picking up the intensity in the second half, they were able to get on the board quickly and never let the game slip away. Increased intensity was thanks to their past experience and ability to adjust according to junior Delia Trimble. "I think our recent games were wake up calls for us,” Trimble said.

Though coach Michael Horne believes that they came out with more firepower simply because it was senior night. "The seniors were all really excited for tonight. They had a lot of energy,” Horne said.

Winning on senior night was really important for the team as many of these players have been playing for three or four years on varsity. Senior Shannon Brady believes that the win and the festivities were a great combination. "Senior night wouldn't be as fun with a loss. It's more festive and fun since we won,” Brady said.

Senior Caren Holmes agrees and adds that it has been a long wait. "I've been doing this for four years at Blair and been looking forward to it. It's really special to have the night be about us,” Holmes said. Holmes has been on Blair's varsity squad since her freshman year, coming close to the team record for goals last year with she approaches again this year while adding four more goals in this game.

The night though was truly about everything for this team and not just the game. Horne loves the whole festival. "I love festivities and traditions. It's always special,” Horne said.

The Blazers play their final home game of the year Saturday, April 27 at 10 a.m. against Whitman.