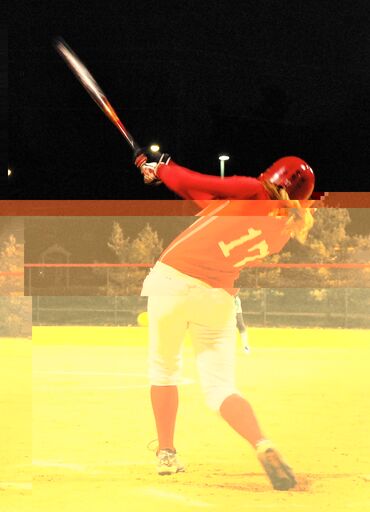 Blair's varsity softball team (2-0) won decisively against Walter Johnson in the first home game of the season. Dominating the plate and maintaining control of the field on defense kept the Blazers securely in the lead.

After a rocky third inning, the Blazers regrouped and came back against the Wildcats. Head coach Louis Hoelman explained that the Blazers struggled at the beginning, but were able to regain their composure and get back in the game. "We can't have defensive lapses that allow teams to stay with us," Hoelman said. "But they never panicked. They stayed confident and relaxed and that enabled us to continue on to win."

Senior first baseman Chloe Sheridan agreed that the Blazers need to focus on keeping their defense together throughout the entire game. "We need to focus on just playing tight 'D' all the way through and never letting up," she said.

Hoelman remarked that the pitcher-catcher duo had a very strong game. Junior Eve Brown whipped strike after strike past Walter Johnson bats, sending many opposing players back to their dugout empty-handed. Junior Emily Haislip remained a commanding force behind the plate, working with Brown to put a stop to Wildcat attempts at making solid connections with the ball. 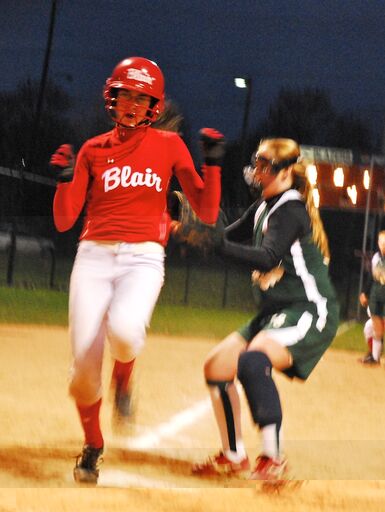 Photo: Sophomore Becca Arbacher makes it back to home plate.

Photo: Sophomore Becca Arbacher makes it back to home plate.

Both senior second baseman Lily Alexander and junior shortstop Blake Morgan-Gamber were leaders on the field and anchored the defense, Hoelman said. "Lily played great 'D' and had two big hits," Hoelman said. One of her hits slammed into the outfield fence and nearly cleared the top. Hoelman added that Morgan-Gamber also performed well at bat. "Blake had a great day at the plate," he said.

Several Wildcats managed to make contact with the ball, but the Blazer defense stepped in to make the necessary saves. Sophomore center fielder Molly Nicholson caught two high arching shots during the game.

The Blazers had much better luck connecting with Walter Johnson's pitches, expertly alternating between bunting and sending balls rocketing over the heads of the Wildcat infielders.

The Blazers entered the game with a confidence in their own preparation and abilities, but kept a serious game mentality. "We try to go into every game the exact same way and just play our hardest," Sheridan said. The team had consistent at-bats, as the girls loaded the bases multiple times and then drove in numerous runs. Sheridan was also extremely proud of the Blazers' clutch hitting; they came up with several big hits.

Despite a few errors and missed catches, the Blazers played to win. Hoelman commented on the girls' desire to come out and soundly beat the Wildcats. "We really battled throughout the game and got a nice win," Hoelman said.

Softball plays their next home game against Walter Johnson on Saturday, March 27 at 10:00 a.m.