Blair began the school year with 1,100 new computers and plans for Wi-Fi availability

Blair began the school year with 1,100 new computers and plans for Wi-Fi availability. It also moved closer to replacing the Edline platform where students and guardians can see grades and assignments. 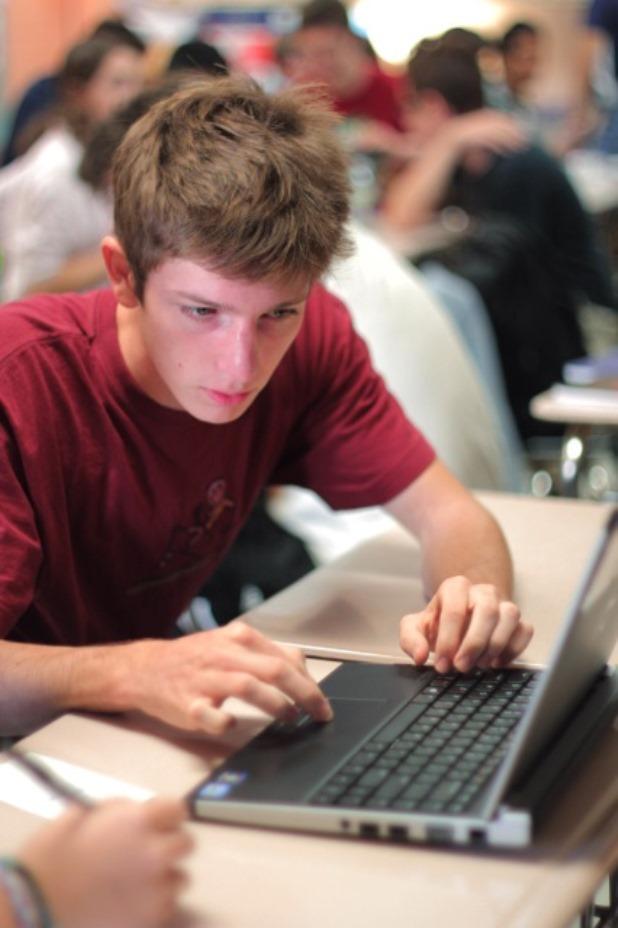 As part of Montgomery County Public School's technology modernization program, schools in the county update their computers every seven years. Last summer was Blair's turn, which resulted in Blair replacing 1,000 desktop computers with newer versions with more memory and faster processing speeds. These included iMacs, although Blair still predominantly uses PCs. The desktops have been distributed to individual classrooms, to computer labs and to the media center. The ratio of computers to students remains approximately one to three.

Mobile labs
In addition to the new desktop computers, Blair received 100 laptops. They will soon be distributed to the English, social studies, math and special education departments (30, 30, 10 and 10 respectively), with 20 more for any teacher to check out of the media center. The purpose of the laptops is to allow teachers to conduct lessons in their classrooms instead of having to instruct students in a computer lab or the media center. Some teachers have begun using the laptops, however, the mobile computers will be more frequently integrated into classroom instruction once they are able to connect to the Internet.

Wi-Fi
As of now, the new laptops do not have Internet access. However, by the end of the month, Blair should have wireless connection running consistently, initially only for laptop Internet access. Principal Renay Johnson believes that the next step is to grant connection to any staff member, student or visitor in the building who wishes to go online.

MyMCPS
Last year was presumed to be Blair's final year using Edline – the Learning Community Management System that allows students and parents or guardians to check grades. However, the upgrade to new software has been delayed, but only for a year.

The anticipated program for 2014-2015, MyMCPS, is a multidimensional platform that ranges in capacity from showing grades to connecting students and teachers. It is currently being piloted in several Montgomery County schools. Johnson is already testing out MyMCPS by displaying pertinent information on students, including birthdays and grades. "People ask me, 'How do you manage 2800 kids?' I tell them, 'They're all on my phone,'" she explained. For students, MyMCPS could serve as a social-networking tool to collaboratively study, which appeals to Johnson. "It would be nice to have a student chat line."

Johnson, who described herself as "pro-technology," is pleased with these new additions, however, she has greater ambitions. "I'd love to have enough money to purchase tablets for staff and students," she said. "If MCPS is looking for schools to pilot [the Bring Your Own Device Program], I'd volunteer."

Johnson is fully aware that students would use their devices for off-task behavior, but she does not see this as a reason for concern. "Most kids would use technology responsibly. Will students text during class? Yeah. But don't adults?"

Blair's principal hinted that there could be even more upgrades and advised students and teachers to "stay tuned."