Leading the way with an epee

Seated in a small media center chair that is almost covered up by his tall frame, Justin Haddad's demeanor is casual. He fidgets with his hands as he reflects on his fencing history. Anyone who watches him fence at a tournament would be surprised— although he exhibits the same ease he does while recounting stories, he is alert and light on his feet. Outfitted in a white uniform, he throws himself into each bout, springing forward and back to outsmart his opponent.

When Haddad first started fencing, he didn't dream of making it to such a high level. He imagined he was just signing himself up for a fun activity a couple times a week. Little did he know that almost 10 years later, he would be ranked fifth in the U.S. as a cadet fencer. After years of extensive training, he is traveling to competitions, organizing major tournaments and meeting fencers from all over the world.

But his achievements didn't come suddenly. Haddad began to fence in London when he was only seven years old. His family had just moved there from the U.S., and his parents wanted him to get involved in a sport. There was a fencing club a couple minutes away from his house, so his parents decided to enroll him in a class. Initially, Haddad says, he and his teammates didn't do much fencing. "In an hour-long class, we'd do 50 minutes where we'd just play games like dodgeball," he laughs. 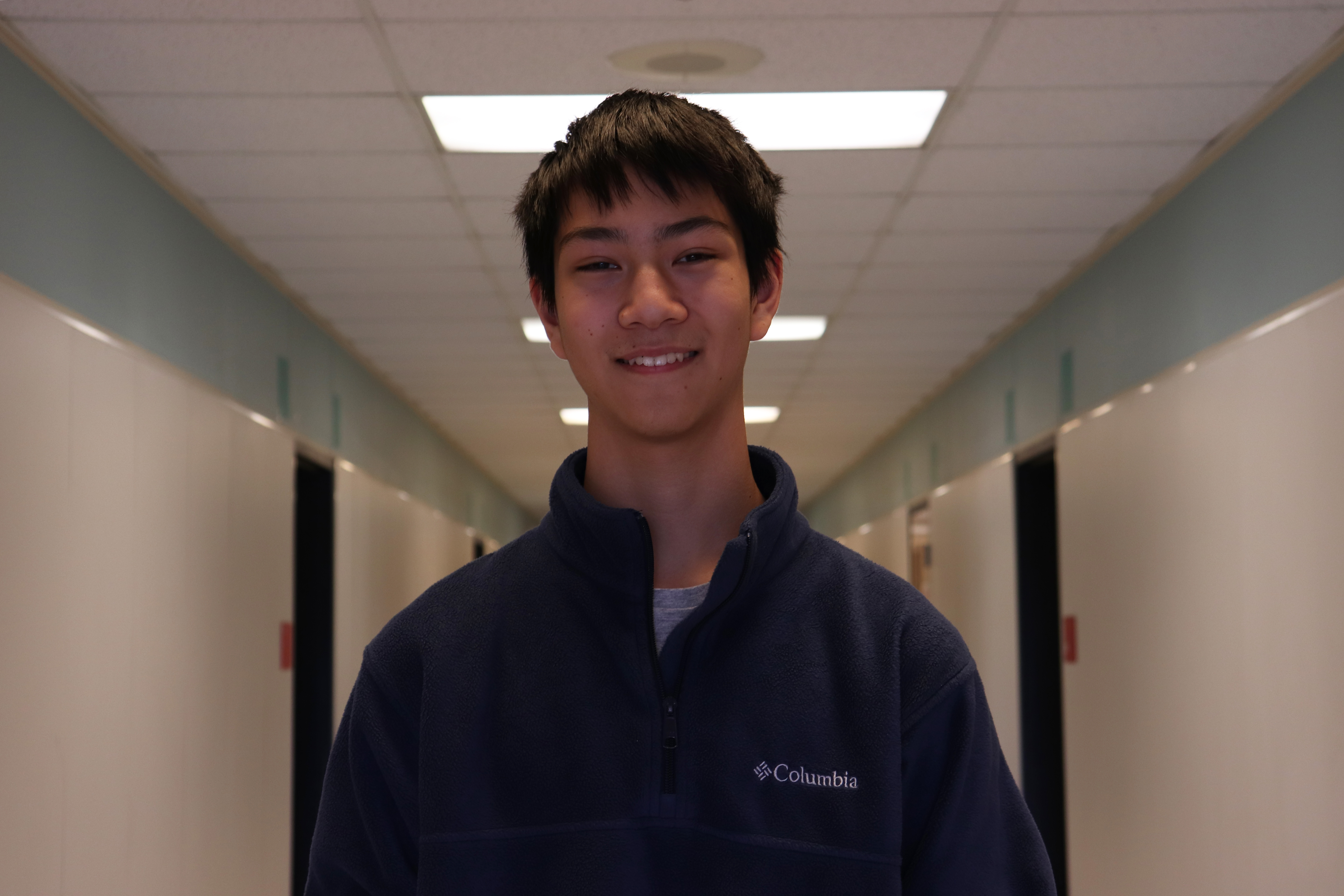 Photo: Junior Justin Haddad is ranked fifth in the U.S. as a cadet fencer.

Photo: Junior Justin Haddad is ranked fifth in the U.S. as a cadet fencer. Photo courtesy of Catherine Lo.

Soon, however, Haddad's coach — who would go on to coach the London Olympics in 2012 — saw his potential and began working with him to develop his fencing skills one-on-one. "Eventually, my coach started realizing I was pretty good at it… so I stuck with it," he explains. After moving back to the U.S. a couple years later, he decided to continue fencing, because it was his passion. He has participated in many tournaments and competitions since then, and his high level of achievement in each one has contributed to his national ranking.

For Haddad, fencing is no longer a casual pastime. He goes to practice at the D.C. Fencers Club or trains at the gym after school almost every single day, meaning his weekly schedule is packed. "Monday through Thursday is usually two to three hours of training; Fridays, I'll probably go to the gym and weekends, I'll have tournaments," he explains. Tournaments, like the one in Milwaukee, Wis. that he attended in late October, are usually out of state and require him to miss at least a day of school. Tournaments that are held outside the country are even more demanding. In fact, Haddad recently missed almost a week of school for a competition in Klagenfurt, Austria.

When he's not fencing, Haddad is involved in Blair's Mock Trial club and Logic club. Despite his packed schedule, Haddad is unphased and has learned to juggle school and fencing. "Now that I'm in [high school] it's a lot of work… but I've learned to balance it," he says. He even finds time to relax. "When I'm at home, I'll do all the normal things, like eat, sleep, play video games, watch movies and stuff," he chuckles.

Haddad also enjoys hanging out with friends, but that's yet another part of his life that is unusual. Unlike most people his age, Haddad has made new friends from almost everywhere while traveling for tournaments — for those who know him, his casual and friendly bearing makes this more than understandable. "You get to know all the people from your age and your level because they're at all the same tournaments as you," he mentions. "I have friends from all over — London and Egypt and Brazil and Finland and here in the U.S…. it's really cool."

Throughout his fencing career, the one thing that has stood out to Haddad is its unpredictability. The many possible outcomes of a bout, regardless of who he is competing against, make fencing different from almost every other sport. In fact, this unpredictability is what Haddad likes most about the sport. "My favorite part is how you can beat anybody on a good day, and you can lose to anybody on a bad day. Me fencing an Olympic fencer, they're probably going to win, but if I try really hard and they don't, then I could end up beating them," he explains. He also loves being part of a sport that not many people know about because of the many opportunities he gets to tell others about it. "I think it's really funny when people [ask what's in your bag], and you have to explain fencing," he laughs.

Although Haddad seems excited when discussing the major impact fencing has had on his life, he looks bothered for a few seconds as he admits that fencing does have its downfalls. "It's very exclusive [and] not possible for everybody because of how expensive it gets," he says. In recent months, Haddad's goal has been to change this. With his dad, he organized a team tournament to raise money at the D.C. Fencers Club. "All of the proceeds go to a non-profit which [my dad] created… to help fencers in our area who are trying to reach a certain level but don't have the funds," he explains.

Haddad doesn't just use his leadership role at his club to contribute to this non-profit — he also focuses on other causes around the area. Last year, he and his teammate Yunice Pyo, a fencer from Churchill High School, decided to organize a tournament from start to finish. They independently handled the entire process, from creating flyers and posting information online to recruiting participants from local clubs and hiring referees. Eventually, during the tournament, Haddad saw his hard work pay off as he stood on the sidelines in a suit. With the help of his assistant coach, he entered results and ensured that everything ran smoothly. A couple days later, he and Pyo donated the money they had earned from the tournament to Children's National Hospital.

Haddad hopes to continue his leadership in fencing but doesn't seem to have major plans for the future, yet. "I know in college there's almost a 100 percent chance that I'll do it and it'll be a large part of my life. Outside of college, I'll just see how I do," he says while shrugging. "I'm just going to keep doing it because I think it's fun… Maybe I'll make it to the Olympics, maybe I'll stop early, I don't know." Regardless of whether he continues fencing or not, he believes his journey thus far has shaped him into who he is today.