As soon as the weatherman predicts snow, children, teens and even some teachers start their snow-inducing rituals. In order to make the fluffy stuff come faster, they wear their pajamas inside out, flush ice cubes down the toilet and sleep with spoons under their pillows. But this winter, snow-loving residents of Montgomery County are going to have to step up their game if they really want a day off, because the new snow removal plan is going to get the streets clear and the school buses on their way faster than ever.

Last winter's blizzard, nicknamed "Snowpocalypse," brought the Washington, D.C., metropolitan area more than 40 inches of snow during the first week of February. Though Snowpocalypse may seem like the wrong time for an experiment, Montgomery County used it as a trial storm for its revamped snow removal plan. 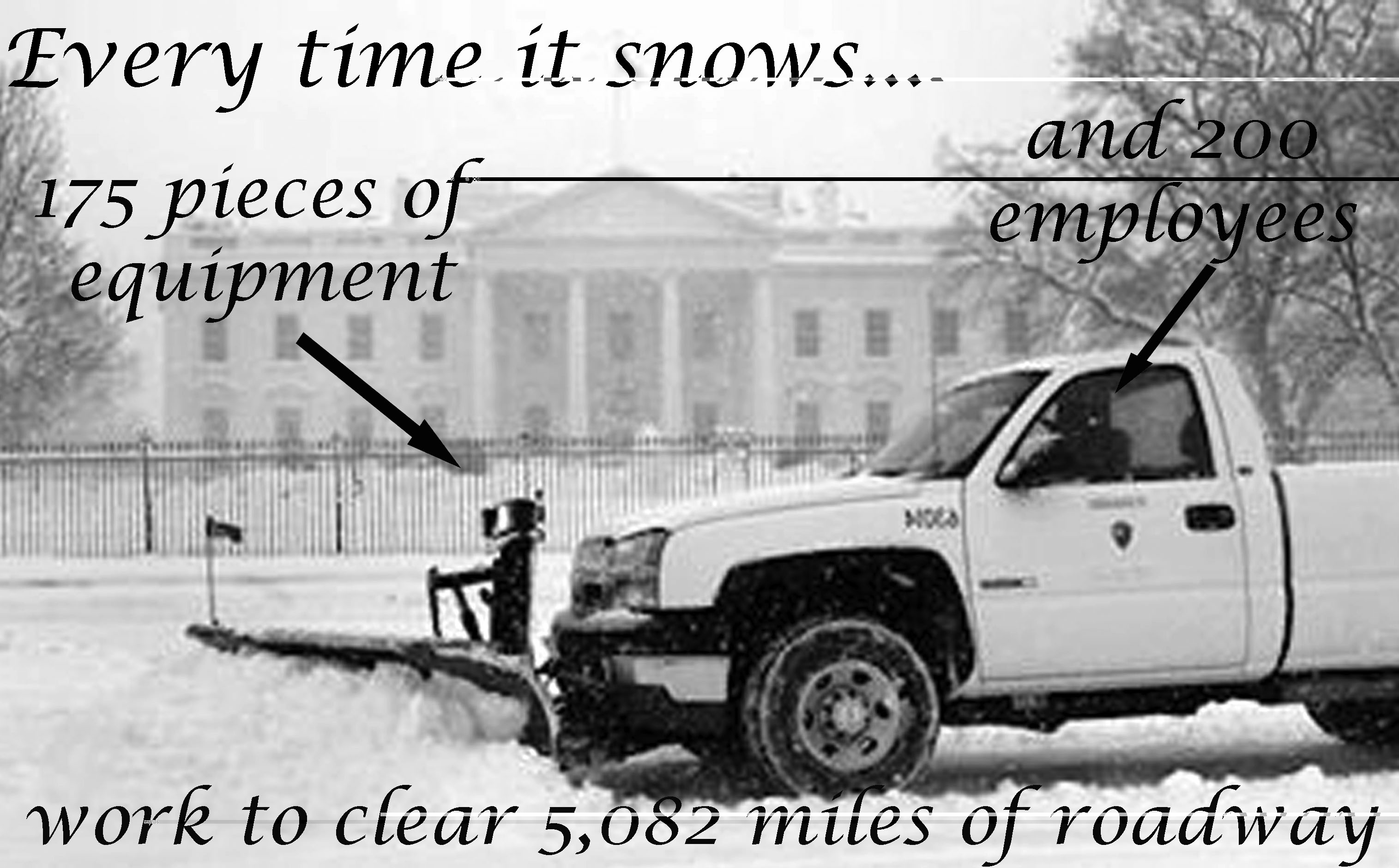 Photo:
Changes to the plan from previous years include increased use of salt, sand and other anti-freezing agents, as well as the use of pavement forecasting tools to sense when road temperature falls below the freezing point and snowplow tracking devices to ensure that roads aren't skipped. So even though Montgomery County may not be able to make miracles and clear more than 25 inches from every road in the area within a single day, it is more than adequately prepared to deal with whatever winter weather Mother Nature brings.

Last February, many residents complained about delays in snow removal that prevented travel and caused setbacks in many aspects of life such as work and school. Admittedly, the street-clearing speed wasn't ideal, but that certainly wasn't due to a lack of effort on the county's part. Given the restrictions it faces financially, the county actually does a quick and thorough job. According to the Montgomery County Department of Transportation (MCDOT) Division of Highway Services' website, the county is responsible for clearing 5,082 lane miles of roadways. 200 employees and 175 pieces of plowing equipment complete the task, which, last winter, required a total of about 70,000 tons of salt and sand and $53.67 million.

This enormous investment of resources, on the whole, was successful in that the county didn't deviate far from its planned timeline for snow removal. The MCDOT website estimates that it takes about 48-60 hours to clear all county roads after a 24-inch snowfall, depending on wet/dry snow type and changing weather conditions.

The plan was also successful in preventing injuries caused by the weather. Keith Compton, Montgomery County Chief of Highway Services, said at the county's snow removal forum in November that nobody died as a result of the heavy snowfall on roads. When faced with such risky conditions, that is an admirable accomplishment. In addition, Compton said he has made a deal with Pepco, the area's electric company, in an attempt to eliminate the medical problems posed by power (and heat) outages. During last winter's blizzard, snow-blocked roads prevented Pepco from accessing the sites of these outages for days. In this deal the Department of Highway Services promised to clear roads on Pepco's routes ahead of schedule.

With such high costs of snow removal in general, a faster snow response rate would not make financial sense in this county. Last winter's situation was a rare and record-breaking occurrence, one that will likely not happen again in the near future. Montgomery County is easily prepared for the average storm in this area, and so those who criticize the fact that Montgomery County's levels of preparedness are not equivalent to that of counties in other regions are unreasonable. Of course colder regions of the country, such as counties in New York, are going to be better prepared for such situations — for those regions, blizzards are the norm.

Tolerating an extra day or two of closed schools and businesses during major storms is worth it when it saves thousands or even millions of county dollars - money that would be better spent on education, reducing crime rates or other economically stretched programs.

It's easy to get caught up in the American mindset that time is money and not a minute can be wasted. But this winter, when morning brings an unrecognizable powdery-white world, even the most pressured working adults should relax. Montgomery County is well prepared and doing everything in its power to ensure that everyday life can resume as fast as possible.