On Tuesday, Aug. 24, U.S. District Judge Royce Lamberth struck down a presidential order and sent the scientific community reeling. President Obama's law reversed a ban on stem cell research that former president George W. Bush passed in 2001. Lamberth ruled that Obama's seventeen-month-old order violated a 1996 law called the Dickey-Wicker amendment, which prevents the federal government from using its funds to create or destroy human embryos for research. The judge wrote in his ruling that all embryonic stem cell research "is clearly research in which an embryo is destroyed." 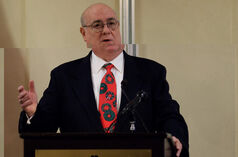 Those in favor of this ruling say that Obama's order took away funding from researchers trying to make scientific advancements with adult stem cells, stem cells that do not involve a human embryo; they argue that embryos are the beginning stages of life and therefore must be protected. Furthermore, supporters of the ruling say that scientists researching embryonic stem cells can obtain private funding for their research.

The life argument, which has made embryonic stem cell research controversial, is also a difficult thing to argue. There is no way to convince those who believe embryos to be a form of life that this is not the case. It is, however, worth remembering that there are a great number of indisputably alive individuals that suffer from diseases that scientists believe that these embryos could cure, diseases ranging from cancer to Parkinson's to diabetes.

Embryonic stem cells allow scientists to closely examine exactly how these cells turn into specialized cells. Many of the most devastating uncured diseases, such as cancer, begin in this stage of cellular development. The cells also have potential to create more cells and tissues for people who need organ and tissue transplants, making deaths due to lack of resources in this field a thing of the past. All of these developments would benefit and even save uncountable numbers of lives. Critics of embryonic stem cell research argue that no diseases have actually been cured by the research yet, but the fact remains that the research has been so limited that this has been impossible.

Even beyond what makes this issue controversial, the very circumstances of the ruling are suspect. The plaintiffs in the case are two scientists who work in the field of adult stem cell research, and they brought the case to the judge because they thought that increased competition for grant money constituted sufficient injury to take legal action. In a market where competition is encouraged because it increases results, Lamberth's ruling makes little sense.

The U.S. Department of Justice has announced plans to appeal the ruling, but in a field where lives depend on the research that has been halted, even a brief pause in research can be devastating. This case, for reasons financial, logical and medical, speaks ill for the future of medicine in America.