Lighten up on Obama

Americans are criticizing Obama for things that are not his fault

We are only halfway into President Barack Obama's second term in office, and the people of the U.S. are ready for a new president. When Obama began his first term back in 2009, his Presidential approval rating was at 67 percent. His most recent rating put him at 42 percent. Republicans and Democrats alike have grown tired of Obama's indecisive actions on global issues, and are already looking forward to 2017. While many Americans are enjoying criticizing his every move, they need to stop and appreciate what he's been able to accomplish with such a polarized Congress. 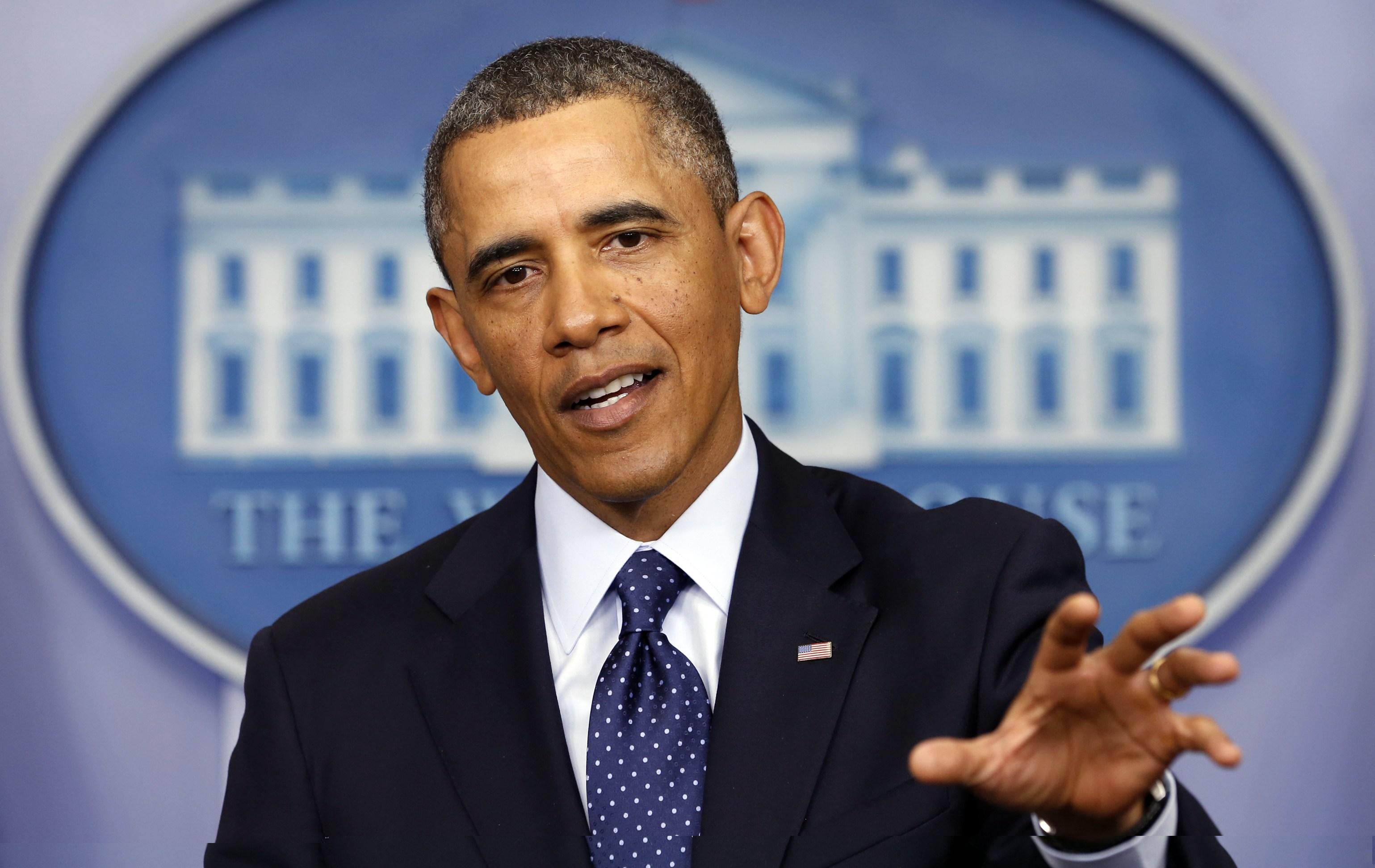 Photo: President Obama is being blamed for a lot of things that aren't his fault.

Photo: President Obama is being blamed for a lot of things that aren't his fault.  Photo courtesy of The Cabin.

Obama's popularity has really taken a hit in the past two years. In 2012, he was still quite popular, as he was the first president since Dwight Eisenhower to be elected twice with more than 51 percent of the overall vote. At this stage of the second term, Obama's approval ratings are similar to previous presidents, as the average is 47 percent. And let's make note of the fact that only 37 percent of Americans supported Bush at this stage of the presidency.

Now, why are Americans losing their faith in Obama? Well, the Republicans never had any. Most of Obama's dip in popularity is due to his lack of action on global issues that he really had no control over. There was Russia's complete capture and takeover of Crimea, and then they shot down a Malaysian Airlines flight carrying a top American AIDS researcher. Then there was the rise of ISIS and the beheadings of American journalists. And most recently, the Ebola outbreak.

But there's no way Obama could have prevented any of these issues.

Russia's takeover of Crimea could've possibly been prevented had the U.S. intervened with military involvement. However, there's absolutely no way a bill would've been passed through this Congress. While under the War Powers Act, Obama could've acted on his own and sent troops to Russia, Vladimir Putin was determined to take over Crimea. A war and long-term conflict with Russia was likely, which no American was in support of.

There are a few things that Obama has had control over: the economy and health care. And he's doing a good job at managing them. The economy has begun to rise and is pointing up for the future. In the second quarter of this year, the economy grew at an annual rate of 4.6 percent, and in the third quarter it grew at a rate of 3.5 percent. No one wants to give credit to Obama for this economic upturn, but it could be thanks to the American Recovery and Reinvestment Act from his first term, which was originally designed to slowly turn the economy around.

In terms of health care, Obamacare is now in its second full year of operation, and it's working. There's no doubt about it. After a full year in effect, the number of uninsured Americans has reduced by 25 percent. The healthcare industry has also benefitted from the law as companies now have new paying customers. Most importantly, the new care is affordable. During the first enrollment period of Obamacare, 7.3 million people signed up for private insurance through online exchanges, 85 percent of whom qualified for federal subsidies that decreased the cost of their premiums.

But sadly, these haven't helped Obama's popularity. No matter how successful, Obamacare will always be frowned upon and trashed by the media outlets. Obama has begun to try and use his tailcoats to help Democrats win their elections next week. At an Anthony Brown rally, Obama stole the show, and not in a good way. He was brought in to help rally the crowd's support, but people booed and left instead.

Obama hasn't been able to accomplish most of the goals he gave the American people in 2008, and again in 2012. However, Americans need to recognize that Obama was plagued with one of the most polarized Congress in presidential history. Over the next two years Obama's popularity will continue to fall, as will that of the Democrats in general. But as we attempt to deal with Russia, ISIS and Ebola, let's deflect some of the blame away from Obama, and recognize that it's hard to get anything done in the Capital building these days.