Live from the Apollo Theater, it's Nathan Foley

As junior Nathan Foley walks onstage, he enters a historic space. The same stage has hosted performances from artists like Ella Fitzgerald, Duke Ellington, The Strokes and Jay-Z in the early years of their careers. This night, Foley competes against a group of mostly adult artists and eventually joins the ranks of the many successful performers who have won the Apollo Theater's Amateur Night competition. 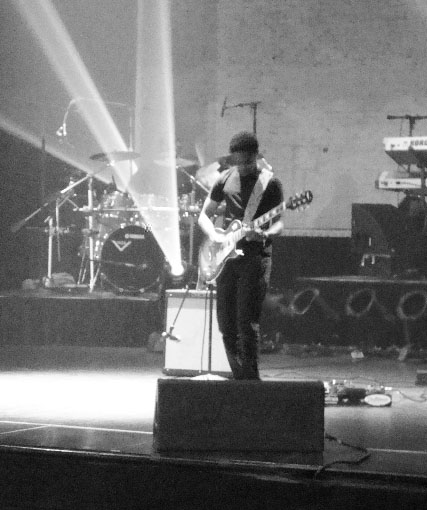 Photo: Junior Nathan Foley rocks out at the Apollo Theater.

Photo: Junior Nathan Foley rocks out at the Apollo Theater.

A career as an amateur

Foley's musical pursuits began early when he started taking piano lessons at age seven and picked up the guitar shortly after at age eight. Even though Foley now plays professional gigs with adult musicians, he continues to take lessons to broaden the range of styles he can play and work on classical hand positions, he says.

In 2008, Foley heard a radio advertisement about auditions for Amateur Night coming to the Warner Theater in Washington, D.C. and decided to try out "just because." He had heard about the auditions just a day before they were held, and when he went to the Warner the following day, he waited outside in the cold February weather for three hours before he could play due to a limited number of audition slots.

Initially, Foley played a 90-second medley of the songs "Soul Man" and "Affirmation." Foley says that he was surprised to find that the judges did not like his performance. They asked him for another selection, and Foley played "Purple Haze" by Jimi Hendrix. This time, he was chosen, and went on to win the children's competition in Harlem for a prize of $500. 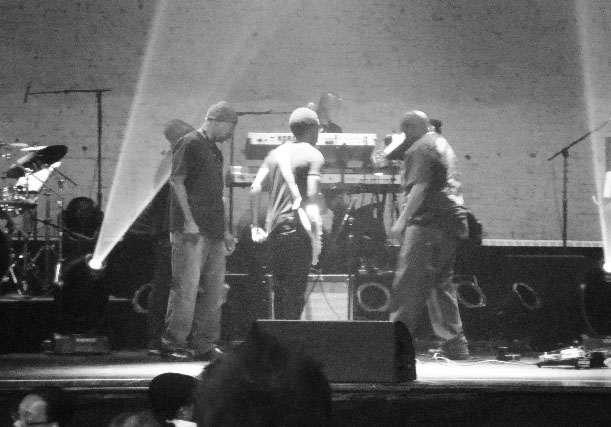 Photo: Foley celebrates his victory on the stage of the Apollo Theater after a successful performance that won him first place.

Photo: Foley celebrates his victory on the stage of the Apollo Theater after a successful performance that won him first place.

Since then, Foley has returned to the competition multiple times. At this point, he says, he is close with the executive producer and many of the backstage workers at the theater. While he is generally the only teenager among a group of young adult performers, he says that he feels a strong connection with the rest of the performers. "Everyone's really friendly," he says. "It's like a family."

This year, Foley left for the Apollo the day before the competition. Foley's father organized a group of Blazers, including many of Foley's close friends, to take busses to New York to watch him play.

That night, Foley performed "Maggot Brain," a song by Funkadelic that had won him his one previous Super Top Dog title. Foley says that though the audience booed performers more than usual that night, he remained confident throughout his solo.

According to junior Aliyah Deville, a friend of Foley's who has seen him perform in the competition four times, bringing Blazers to the event added a lot of positive energy to the experience. She was impressed with the skills of all the performers in the show, and says that watching Foley was exciting both for his friends and the rest of the audience. "He has good stage presence," she says. "He was able to get the crowd entertained."

The result of the competition was a tie between Foley and Ayanna Witter-Johnson, a singer and cellist – the first tie for Super Top Dog in Amateur Night history.

To Foley, the tie was simply an unusual occurrence, and winning isn't especially important. But though he isn't overly concerned about winning, Foley loves the atmosphere and crowd-participation element at the Apollo. Because the winner is chosen by level of applause, the audience, he says, the audience is especially involved in the performances. "You can tell that they're very attentive," he says.

While he likes performing at the Apollo, Foley thinks that this competition will be his last. "I think I've done it enough," he explains simply. At home, Foley plans to continue performing in a band with a group of other teenagers, as well as solo at clubs where he usually works with professional bands. He is still a student, but Foley knows that he will someday pursue music at the professional level, much like many of the artists who have won Amateur Night before him.