Living for "Lust for Life"

Lana Del Rey initially captured the world in her first studio album "Born To Die." Her stellar 80's style voice shined in songs like "Video Games" and "Born to Die." She captivated listeners when she cleverly blended her slow vintage voice with modern, pop-inspired beats to create the hit track "Summertime Sadness." Del Rey's songs usually are filled with somber notes and dark undertones, but her highly anticipated album "Lust For Life," released on July 21, was predicted to be a more upbeat album.

Del Rey's 16 track album starts off on an uplifting note with the song "Love." Lana ditches the typical electronic beats in favor of a steady drum beat and a violin ensemble to make the song raw and bare. The songs starts off quiet, but Del Rey's powerful voice shines as she belts the chorus about being in love. This is one of the few upbeat songs in the album. The rest of the songs take on a more somber tune. 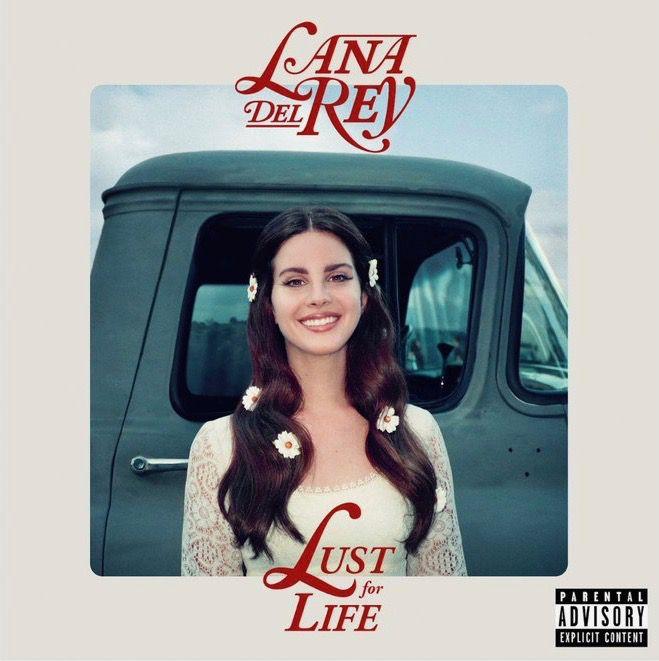 Photo:
"Beautiful People Beautiful Problems" is another one of Del Rey's more bare tracks on the album. However, this song is more monotone compared to her other tracks. What makes Del Rey's work so good is that she blends both the quiet and powerful, slow and fast, and high and low tones within the songs, creating an overall euphonious melody. "Beautiful People Beautiful Problems" lacks the tone and speed changes that define the great songs of Lana Del Rey. Luckily, this is not a reoccurring trend in the rest of the album.

"Lust For Life" features more tracks with electronic heavy beats compared to her previous albums. Some may say this detracts from the album, but Del Rey is able to use these electronic beats to create a indie pop fusion that no other artist has done. "Lust for Life featuring The Weeknd" is one of the more pop-centric songs on the track. The song combines both The Weeknd's R&B styles with Del Rey's alternative indie vibe to produce something completely unique.

The rest of the album features the typical Lana Del Rey indie pop fusion songs. Overall, "Lust for Life" is a solid album despite a few monotone and awkward songs. In this album Del Rey pushes the boundaries of her music, featuring more electronic beats than previous albums and explored her newfound hip-hop side. Lana Del Rey fans will not be disappointed with her new album. However, "Lust for Life" still does not quite match to her previous, and arguably her best album, "Born to Die."