Along with the national presidential election on Nov. 8, several local elections took place in the county. Of the seven seats on the MCPS Board of Education, three were up for election, and Maryland voted on three different ballot measures, as well.

Incumbent board member Philip Kauffman lost his seat to Jeannette Dixon in a close race. Rebecca Smondrowski retained her seat, while Shebra Evans beat out Anjali Reed Phukan to take the seat from District 4 that former member Christopher Barclay left. 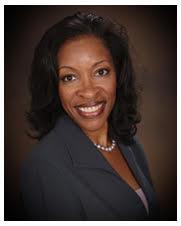 Photo: Shebra Evans was elected to the Montgomery County Board of Education.

Photo: Shebra Evans was elected to the Montgomery County Board of Education.

In addition to voting on the Board of Education members, Montgomery County voters passed three Maryland-wide ballot measures concerning term limits and filling vacancies of government positions. These measures are meant to limit the County Executive and County Council members to three consecutive terms. Another measure makes a partially served term count as a full term. Finally, a third measure was passed amending the procedures for filling vacancies of the Attorney General or Comptroller. Now, if the vacating person was a member of a political party, the Governor must choose an individual from that political party to fill the vacancy.

Despite the measure being passed, some Montgomery County residents are apprehensive about term limits. "I support term limits because they ensure the flow of new ideas into our political system. However, they can prevent experienced politicians who are really good at doing their jobs from continuing their work," Blair junior Leo West said. 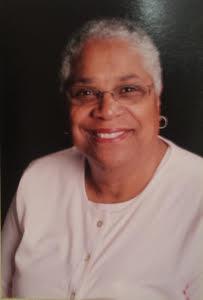 Photo: Jeannette Dixon was elected to the Montgomery County Board of Education.

Photo: Jeannette Dixon was elected to the Montgomery County Board of Education.

New board members Evans and Dixon will be tasked with replacing Kauffman and Barclay, who had a combined 18 years of experience. However, despite being newcomers, Student Member of the Board (SMOB) Eric Guerci believed that they will be valuable members of the board. They will be "valued and important perspectives to have when making decisions that are best for the 159,000 students of Montgomery County," Guerci said.

Evans and Dixon both hope to introduce more technology into classrooms and work to close the achievement gap during their terms. Some students at Blair have mixed opinions on these initiatives, including West. "More technology is a good thing. Teachers need to be careful not to become over reliant on technology."

Despite the changes on the Board of Education, Guerci's goals as SMOB do not change. "I will continue to fight to empower our student body and elevate the student voice,” he said.

The 2016 election will bring many changes to our country, not only at the national level but also at the local level. The new members of our political system look to take a more modern approach during their terms in office.