Post Community Media (PCM) announced its decision to shut down the Gazette, the newspaper serving Montgomery and Prince George's Counties, on June 12. The Gazette's final Montgomery County edition was published on June 17.

The Gazette, which consists of a free weekly newspaper and an online edition, ran for 55 years in Maryland. According to a June letter from PCM vice president Donna Johnson, 69 employees are affected by the closing. 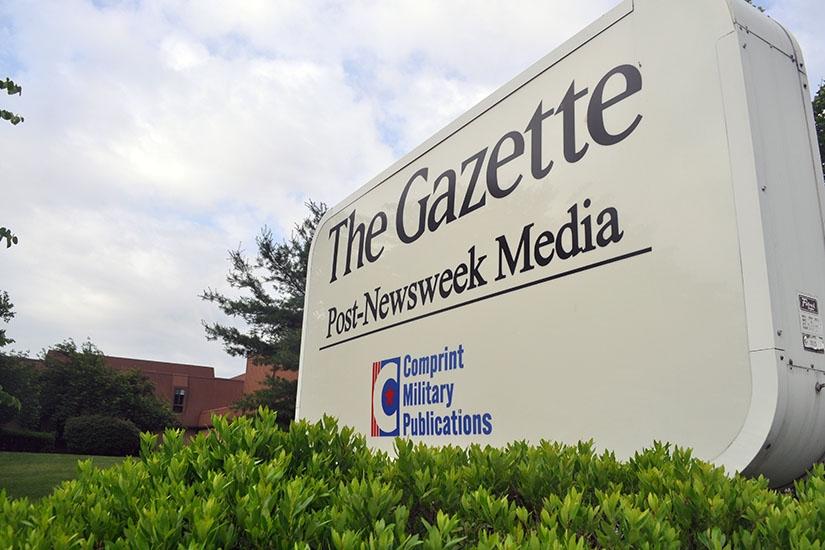 Photo: The Gazette is stationed in Gaithersburg, MD.

Photo: The Gazette is stationed in Gaithersburg, MD.

The decision came after a long period of difficulty for the paper, which was purchased in 1992 by the Washington Post Company. It had gone through several rounds of layoffs since 2011, and in 2013, PCM similarly shut down the Frederick County Gazette.

An email from PCM to Gazette employees revealed that the publisher had searched unsuccessfully for a buyer, and is closing the paper because it can no longer compete financially with other news sources. "As we have seen across the country with suburban papers that border markets with strong major metro papers, even extensive expense reductions and the development of new products are not enough to offset declining advertising revenue for individual papers," the message read.

Despite its gradual decline, the news of the Gazette's closing came as a surprise to many of its readers, including some Blazers. "I actually didn't know that it was shutting down, but I'm sad to hear it," rising junior Dominic Massimino said. Massimino regularly read the Gazette in the morning, and enjoyed the focus it had on local events. "It was a great news source for our area, and I'm not sure it can be replaced," he said.

Rising junior Vivian Bauer was also sorry to see the Gazette go. She felt that the free newspaper was beneficial to the area it served. "It has helped create an informed and educated community," she said.

The Gazette's focus was primarily local news, including school sports, community events, and county government. Its founder, Earle Hightower, created the first edition in 1959 when he couldn't find a newspaper with Gaithersburg real estate listings, according to a history of the paper published in 2011. It fulfilled its mission, "to practice community service," by working with and providing free advertising to various community and nonprofit organizations.

Elia Martin. Elia Martin, a junior at Blair, enjoys reading, math, and computer science. He is on Blair's Ultimate Frisbee and Debate teams, and is SUPER EXCITED to be writing for Silver Chips Online this year. More »