In real life, freshman Eric Ruggieri may not actually have 509 friends. But one aspect of his Facebook page rings true – he doesn't want his Shetland sheepdog to be used as live shark bait. Below his "Top Friends" list appears a small box labeled "Causes," where the group "Stop using live dogs for shark bait" shows Ruggieri's avid support for animal rights.

The role of the online social networking web site Facebook has shifted from providing a forum for superficial chatter to becoming a fundamental tool for social activism, especially among youth. This summer, Joe Green, along with partner Sean Parker, the co-founder of Napster and founding president of Facebook, launched the application "Causes on Facebook." Any Facebook user can show their support by starting or joining a Cause – ranging from Breast Cancer Awareness to The World Wildlife Fund to Stop Islamaphobia Worldwide – and inviting their friends to do the same. In 4.5 months, 6.5 million users have jumped on the Causes bandwagon, says Green. According to figures from Facebook and PTSA co-president Dave Ottalini, approximately 72% of Blazers have a Facebook account and many are using tools such as Causes to glean information and spread the word about social issues. 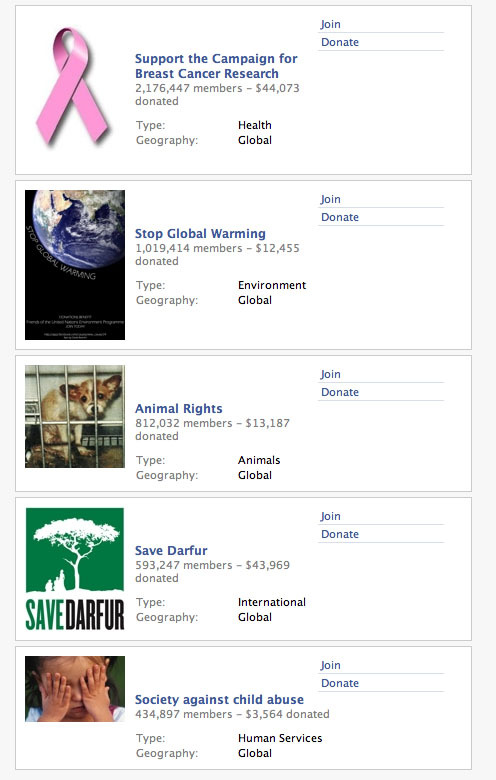 Green claims Facebook philanthropy is a natural progression after the dramatic increase in popularity of social networking sites. He and Parker saw "a real opportunity for grassroots organization," he says, "which in the real world is about tapping social connections."

Green believes that today's youth are untapped philanthropists – activists with ideas for the future but who are overlooked by America's non-profits, which have limited resources for recruiting. Citing surveys from Harvard, where he roomed with Facebook creator Mark Zuckerberg, Green says there is evidence "that young people are interested in being engaged but don't know how." Facebook's Causes application provides the link for young people to social awareness, making advocacy accessible to the youth. "The goal is to equal the playing field" amongst all potential benefactors, Green says.

"Thank you for this group. My nephew has autism so this is very close to my heart!" writes a Facebook user from San Diego on the wall of the Autism Puzzle Cause page. Johnson has never met this user, or over half of the 125 members who belong to the Cause that she created in August.

When her 5-year-old brother was diagnosed with autism at 6 months, Johnson had no idea what the condition was. Even now she has trouble defining the psychological disorder, explaining "in social situations, autistic people might not know how to handle themselves. But I know my little brother could spell things I didn't even know existed." In the two months since she created the group, Johnson says, "A lot of my friends and people in my classes have come to ask me about autism."

Accordingly, the Causes application is fulfilling one of Green's purposes. "Someone can do something as simple as join a Cause. They spread the message, get people informed," he says. "Awareness should not be downplayed."

Johnson's personal goal is to eliminate discrimination by circulating information about the disorder, which is hard to distinguish. "You can't look at a person and say 'Oh, they're autistic.' It's all inside," she says.

The Facebook Cause also serves as an online support group for her. "It's kind of hard to live with autistic people. It's still being studied. People join to show support and share knowledge with each other," she says.

Facebook also contributes to collective action by informing teens about current controversial issues. This summer, information about the Jena Six incident – when racial tensions in Jena, Louisiana led to an assault and the arrest of six black high school students – spread like wildfire through Facebook networks. On Sept. 20, Ruggieri and hundreds of other Blazers came to school wearing black and green to decry the injustice in Jena. The instigator behind the occasion: a Facebook event publicizing the protest. On the same day, over 50,000 people marched in tiny Jena, Louisiana. Social justice figure Al Sharpton credited online social networking as a ringleader in the campaign. 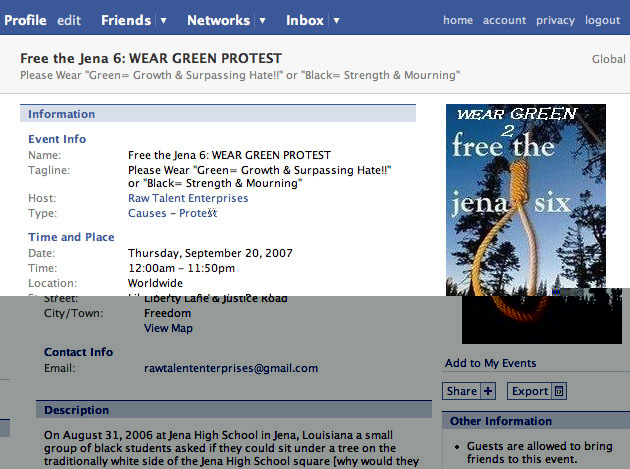 Photo: Several Causes were created in response to the Jena Six incident. This one asked students to wear green or black on Sept. 20 to support the six black students arrested. Facebook screenshot by Sophie Schwadron

Photo: Several Causes were created in response to the Jena Six incident. This one asked students to wear green or black on Sept. 20 to support the six black students arrested. Facebook screenshot by Sophie Schwadron

When an invitation to join one of over 500 groups that support the Jena Six popped up on junior Deb Sen's home page, she immediately accepted and invited her friends, multiplying the group's impact by relaying the information to her peers. "It's a question of awareness," she says. "If 100 people know about it, chances are at least one out of those 100 will act on it. If only ten people know about it, less people will do anything."

Ruggieri, too, finds Facebook a valuable source for information. "When I first found out about the Jena Six, after I read what it said in the group, I invited all my friends to learn and join the group," he says. "A lot of my friends learned about it, and the more outspoken ones became really involved in the cause."

The group Ruggieri and Sen joined is named "Connecticut Supports the Jena Six! Don't Just Join! Please Read!" But Johnson did the opposite when she joined. "I don't even know what happened," she admits of the Jena Six incident.

The excess of Facebook activism among teenagers bothers Johnson because she thinks a lot of it is phony. "People are joining Causes and groups, and then outside of Facebook you never talk about it," she argues. "It's a little sad. It's pretty passive."

Ruggieri agrees to an extent. "People should be more active once they know about it," he says.

Defending his system, Green counters that it's not about doing "enough." "It's much better than nothing," he says. "There are things we can do to get people more involved, and there are things we will do. We have to do it in the right social way, by getting people motivated and pushed on by friends." Green says that in the future, "Causes on Facebook" plans to include more youth-appealing methods of involvement such as donations via text messaging.

Ruggieri and Green agree that Facebook is a powerful launching pad for social advocacy. "It's a good factor in encouraging me to do more," Ruggieri says.

Ruggieri is most involved in "Stop using live dogs for shark bait," which benefits the Humane Society. So far, he has enlisted 14 friends, who in turn have recruited others for a total of 35 new members. "I use Causes to learn about controversial topics and different points of view," he says. "For some people this might be a fad, but most of the Causes I've joined have changed my outlook for good."