Logic is a haunted man. Born as Sir Robert Bryson Hall II, Logic is the biracial child of a racist, struggling alcoholic mother and an absent, crackhead father. Though Hall's first taste of life was a bitter one, he never lost sight of the positive aspects of life and, with a little rational thought (logic), he was able to climb from his humble beginnings in Gaithersburg, MD to an exhilarating hip-hop success. The paradoxical relationship of Hall's underprivileged life and his bright outlook, as well as his astounding journey to success, compiles nicely into the refreshing debut, "Under Pressure," which debuted October 21. 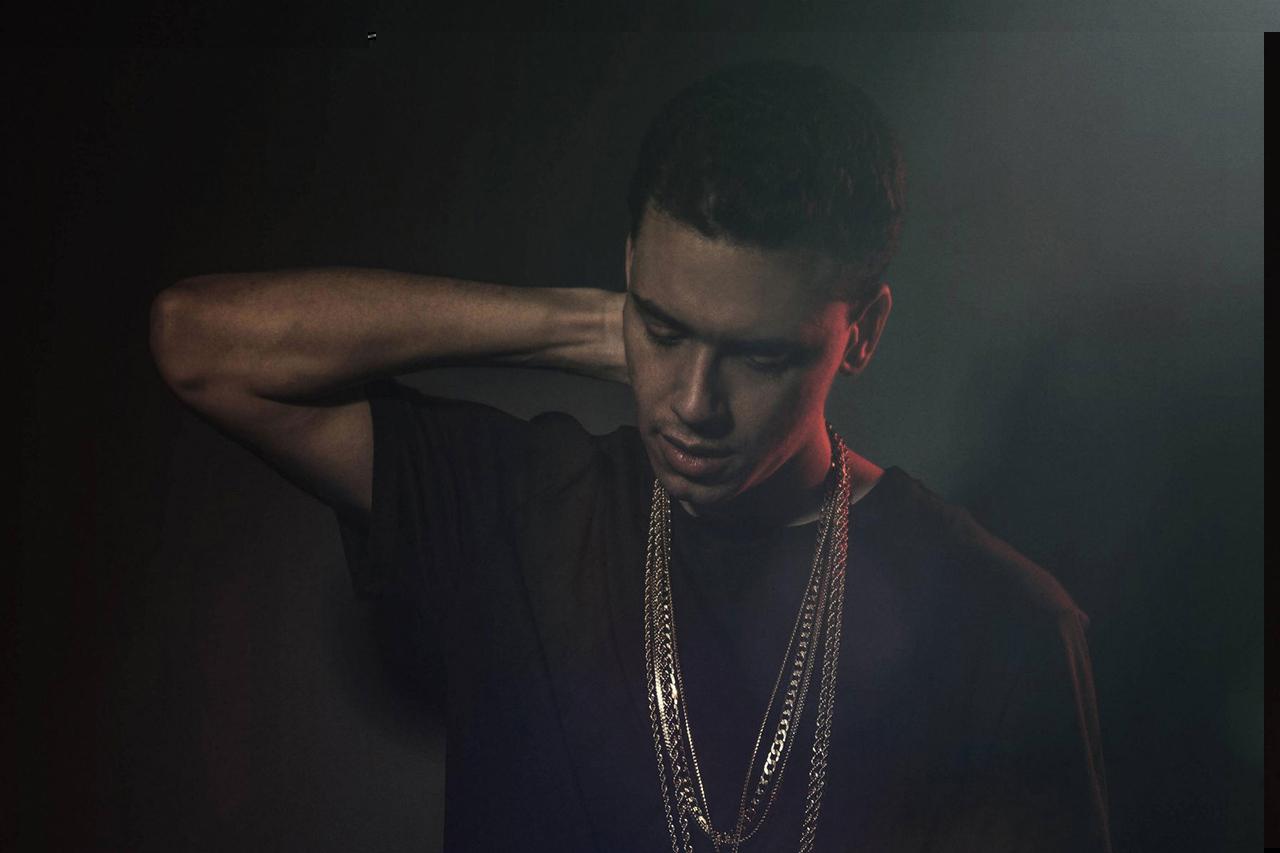 Photo: Rapper Logic's "Under Pressure" lives up to the hype.

Photo: Rapper Logic's "Under Pressure" lives up to the hype.

Most of the "pressure" Logic faces comes the need to surpass the success of his "Sinatra" mixtape series and live up to the hype of his debut album. No wonder he raps, "Such a perfectionist, I can't even finish this" in the album's title track. Logic's obsession with absolute refinery for each track shows. Each beat seamlessly combines the rapper's insecurities and despairs with his hopeful disposition.

"Under Pressure" can best be described as a concept album about life itself. Listening to the album feels as if one is sitting in a lonely jazz bar, stirring a drink as a singer's solemn notes pass through the ears. In tracks like "Metropolis" and "Never Enough" soft jazz guitars whisper underneath Logic's vocals and a bass lurks lightly underneath. Logic's jazz influences may seem corny but the rapper's use of the American art form works to create a sense of serenity. In most tracks, such as the song "Bounce," the bass drops hard at unsurprising but perfect times. Strange vocals (many samples are layered with untraceable voices) build a conscious atmosphere, as if to make the listener get lost in Logic's own paranoia. Logic's life is the quiet before the storm, the silence before an outburst and the anticipation before a big break.

In most tracks, Logic's prose isn't poetic. He often speaks about the standards: weed, cars, women; but his allure is his dry honesty. In the track "Soul Food," Logic pours the butter of his life problems onto the grits of a sedative beat. He simply describes specific aspects of his life the same way a businessman would describe his daily commute to the office. In another track, "Growing Pains III," Logic reveals that his father left him and that he had to rely on food stamps and social services to grow up. While some rappers may use this setback to marvel at how far they've come, Logic spits this as another thought which occurs in his head, another jigsaw piece to the thousand piece puzzle of a life that confounds him.

Logic's excellence is not only due to his rhymes, which can be lazy and typical of mainstream rappers, but rather the advanced technical skill he possesses to weave each the elements of hip-hop together. Logic's flow is arresting. He adapts his flow for the tone he tries to achieve and not necessarily to show off his skill. In the track "Nikki," the biggest surprise of the album, Logic's flow is depressive, as if the life of the album has deflated his skills as a rapper. On other tracks, Logic bobs between a steady and rapid-fire flow, establishing a sense of instability. On the track "Gang Related," Logic's incredibly speedy verses almost mimic the neuroses of gang violence and involvement. What makes the album so great is how finely tuned each element of the album is to convey a message.

On the track "Buried Alive," the computer which guides the album, Thalia, informs the listener that Outkast, A Tribe Called Quest, the Red Hot Chilli Peppers, and Quentin Tarantino movies "were in rotation constantly throughout the duration of this album's creation." It would not be too farfetched to expect Logic to reach the caliber of each of these artists after presenting such a stunning debut.