Looking ahead to the 2020 Tokyo Summer Olympics

Every four years, nations from around the world come together to compete in various sports at the 126-years-old Summer Olympics. Through all this time, the only thing that has seemed to change is the location of the competition, but this year there are major differences.

Sports such as gymnastics, track and swimming typically steal the show at the Summer Olympics, but this year's 2020 Summer Olympics in Tokyo will spice things up. In 2016, the International Olympic Committee (IOC) decided to add five new sports to the program in order to "put even more focus on innovation, flexibility and youth in the development Olympic program." 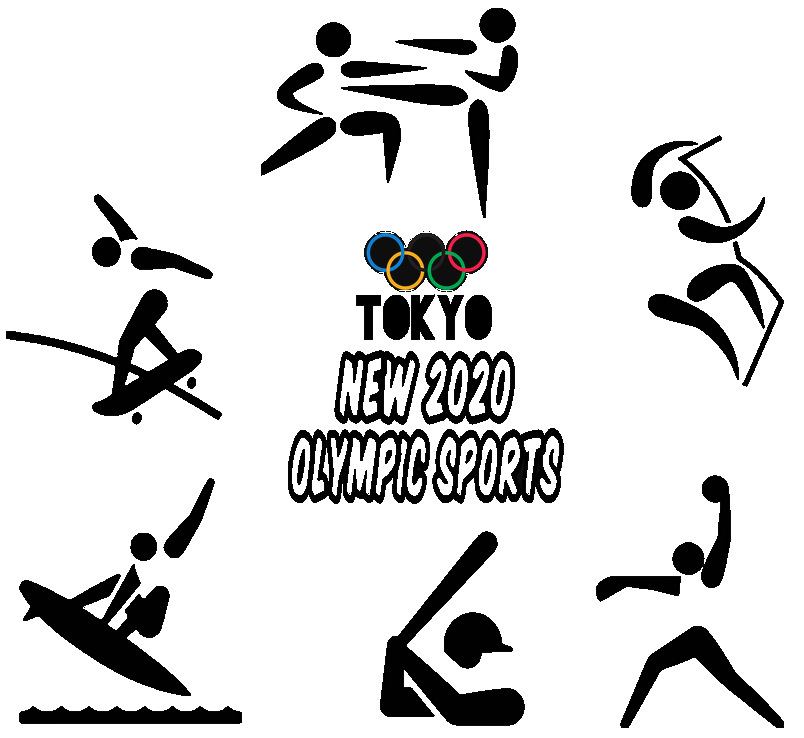 Photo: This year's summer Tokyo Olympics will spice things up with six new and returning sports (courtesy of Pixabay).

Photo: This year's summer Tokyo Olympics will spice things up with six new and returning sports (courtesy of Pixabay).

Without further ado, here are the new sports that will be joining the upcoming Olympics:

Last played in the Beijing 2008 Olympics, baseball and softball have had a complicated history. Baseball and softball became medal events in the Barcelona 1992 Olympics and Atlanta 1996 Olympics, respectively. In 2005, however, the IOC voted to remove the two sports beginning the London 2012 Olympics. Olympic fans have speculated that the reason could be that the IOC was unable to reach a consensus with Major League Baseball, since their players are the world's best on the field. But this year, men's baseball and women's softball will be returning to the stage. Since baseball is not too popular around the world, only six nations will be qualifying. So far, four teams, including host nation Japan, South Korea, Mexico and Israel, are slated to compete.

Since Japan is the host nation, it is only logical to introduce a sport of Japanese origin. Karate will debut with two different categories: Kata and Kumite. Kata is an individual demonstration of martial arts movements that showcases different important skills necessary for the arts. Kumite is a sparring match between two individuals. Each competitor receives points for landing their hand or arm in an opponent's target area while keeping correct Karate form. The first person to get eight points or the person who obtains the most points by the end of the match is the winner.

Wait, skateboarding is a sport? Well according to the IOC, it is. For the Olympics, there will be two events. One is a street event: individuals skate with stairs, rails and ramps. Their feats are rated on different aspects such as originality, speed, height, etc. The other event is the park event, taking place on a bowl-shaped course. The skaters are also judged based on the originality and difficulty of their feats.

Now climbing? Yep. Athletes will compete in three disciplines: speed, bouldering and lead climbing. Speed climbing...the name says it all. Two climbers race to reach the top of a 15-meter wall with a safety rope. In bouldering, the climbers try to ascend a smaller 4-meter high wall without a rope. For lead climbing, the athletes, with a safety rope attached, attempt to climb as high as possible on a 15-meter high wall within six minutes.

Surfing will take place on Shidashita Beach in Chiba. The surfers will use shortboards and compete four at a time in heats. Heats are where two to four surfers compete in a designated zone. The surfers will be judged based on their wave-riding skills.

The Olympics are a fun way to compete and bring together the different nations of the world. So look forward to these additions as you start sketching out your plans for this summer. Who knows, in 2024 we might get breakdancing to join the party as well!