Principal Darryl Williams spent the 90 minutes of fifth and sixth period away from his desk. He wasn't in meetings, he hadn't taken a trip to Central Office, and he wasn't patrolling the halls. Instead, he was sitting in the senior courtyard, conversing with the dozen or so students who filled the tables around him. Their topic of conversation was new attendance policy.

In May 2010, Superintendent of Schools Jerry Weast eliminated the Loss of Credit (LC) Policy, following recommendations he received from the Loss of Credit Project Team, an MCPS workgroup spent 18 months researching and reviewing the old policy. In his announcement, Weast did not outline a new attendance policy, instead leaving further decisions up to individual schools. While some Blair teachers support the elimination of the LC policy, others are concerned that the lack of a new attendance plan will make it harder to keep students in class. 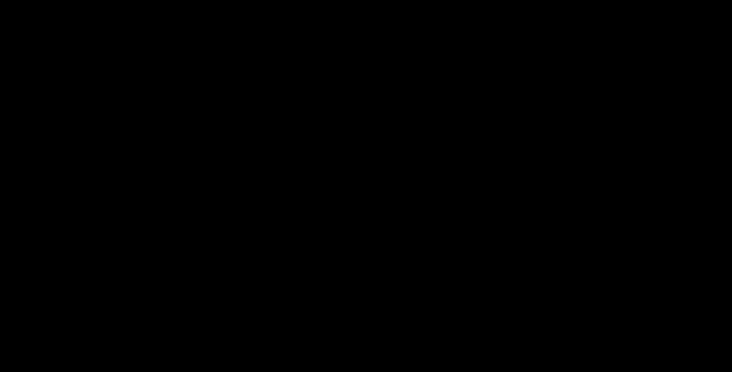 Photo:
MCPS implemented the LC policy in 1976 in an effort to decrease unlawful absences among high school students, according to a memorandum Weast issued to the Board of Education. Under the old LC policy, students who had more than three unexcused absences or nine tardies in class would receive an "E2," a failing grade due to attendance, and would not receive credit for the course.

Almost immediately after its implementation, the policy received criticism for uneven enforcement and disproportionate LCs among students of certain races and income levels. Since 1992, four separate workgroups have reviewed the policy.
The LC policy had been on the list for further review since 2003, when MCPS unveiled new grading and reporting standards that required students to receive grades based on academic achievement alone, the memo states.

For the most recent round of review, which began early in the 2008-2009 school year, a group made up of teachers, principals and students across MCPS, along with staff members from MCPS's Office of Shared Accountability (OSA), Office of School Performance (OSP) and other departments assembled to review and make recommendations about the LC policy. According to Sean Bulson, an MCPS Community superintendent who served on the panel, the old policy unfairly targeted minorities. "For the grading period we analyzed, African American and Latino students represented 75 percent of the students who lost credit in at least one class, while they only represented 42 percent of the total population," he explains. Williams says this disparity exists because parents of students in these groups wrote fewer absence excuse notes for their children compared to the parents of white and Asian students.

Williams says he found that many of Blair's own LC statistics mirrored data collected by the project team. "I knew that African-American and Hispanic students were losing credit the most. There was disparity with those groups compared to other students," he notes. Social studies teacher George Vlasits was not surprised with the team's findings. "I think the old policy was, in fact, discriminatory. It traces absences along racial and economic lines. In that sense, the old policy isn't good." he asserts.

According to Bulson, the racial disparity was one of two principal reasons for eliminating the policy. The project team also found that students who received LCs were more likely to stop coming to school altogether.

When Weast announced the elimination of the policy at the end of the 2009-2010 school year, the ambiguity of the new policy left many administrators scrambling to create new attendance guidelines and consequences over the summer, Williams says.

Weast's initial memorandum suggested that schools work to implement a revised attendance plan and track data on student attendance. MCPS's hands off approach concerns some teachers. "I really think [MCPS] dropped the bomb on the schools. As a staff member, I don't think it was well thought out," says social studies teacher Brian Hinkle.

"When [Weast] put that memo out, we [MCPS principals] had a conniption," Williams says, only half joking, as he remembers his initial reaction to the policy change. After the announcement, planning a new policy was an immediate priority for principals across the county. Williams says that MCPS high school principals promptly held a meeting to discuss the change and its effects on their schools. According to Williams, each high school devised separate attendance policies, but the meeting allowed principals whose schools were in different stages of new policy development to share strategies and help each other with the planning process. Following the meeting, Blair's Instructional Leadership Team spent part of the summer creating the new policy.

According to English teacher Pamela Bryant, Blair's new attendance policy puts more responsibility on individual teachers. Under the new policy, teachers track student attendance and can refer students with absence problems for meetings with their administrators. Another change is that teachers must allow absent students opportunities to make up missed work, even if the absence is unexcused, she explains. Ultimately, a student will receive the grade he or she earns in a class, and a student can no longer lose credit for excessive unexcused absences or tardies.

Bryant says she understands the shortcomings of the old LC policy, but is worried that the new policy isn't doing enough. "I get why you don't want to tie attendance to grades, but it was often the only way I could encourage [students]," she says. Math teacher Peter Engelmann agrees, saying that the mere threat of an LC was enough to keep some of his students coming to class in previous years.

Bryant says that throughout the first quarter, she referred her students with attendance problems to the administrators, to varying degrees of success. "Some kids who were referred came to class for a few days after talking to administrators and now come intermittently. There are a couple who are coming consistently after the referral," she says.

Williams believes that the referral system is still a work in progress. "Almost every month I'm looking at data," he says. "We are going to continue to make minor changes to fit our school."

When Williams sat down with seniors for the informal attendance chat earlier this year, he says he found that students had few complaints once they understood the new policy. Most students, in fact, seem to view the policy change as positive.

Junior Alex Rittman sees the new attendance policy as more forgiving. During his freshman year, Rittman came close to losing credit in a class after coming late too many times. Although he was able to successfully appeal his LC, he believes the new system works better for students who may run late but don't have chronic truancy problems. "I like it at a lot. If you're not there, it becomes an administrator thing. But if you're late, it doesn't matter," he says.

Williams, who is monitoring attendance data with the help of assistant principals Andrew Coleman and Tamitha Campbell, says that so far, attendance rates under the new policy are similar to previous years, because students with enough unexcused absences to lose credit under the old system still don't come to class. "What I gathered is that the kids who took advantage of the new system are the same kids who LC-ed with the same behavior," he says.

Bryant says that many students with attendance problems in her class still have trouble keeping their grades up even when they aren't punished for their truancy on their report cards. "Students have the belief ‘I can skip class and still pass.' It's generally not the reality," she says. As the second quarter begins, Williams and other staff members agree that it will take a few more quarters to ensure that the referral policy is an effective replacement for the LC.