Films often achieve cult status either because they don't make any sense whatsoever — "Rocky Horror" definitely qualifies — or because, like "The Matrix" or "Fight Club," they seem to make so little sense that, on closer examination, they make perfect sense. "Kontroll," rookie director Nimrod Antal's existential allegory filmed entirely in the Budapest subway system, falls under the latter and more paradoxical category. 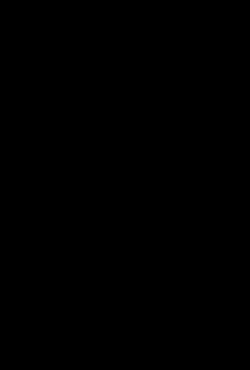 The adventures and misadventures of Bulcsu (that's a guy's name, by the way) and his ticket inspection team - which revolve around, among other things, a serial killer, a woman in a bear suit, a fare dodger, and a rival ticket inspection team - would be little more than random and poorly-written vignettes set against pulsating techno music if it weren't for the fact that, in its last half-hour, the film takes a turn for the didactically allegorical.

But if recent film history tells us anything, it's that techno music and didactic allegory go very well together. They certainly mesh in this film. Antal has portrayed a sterile and purgatorial underworld that seems to bring out the absolute worst in people; a metallic, uninviting, and, in Antal's hands, comically dehumanizing place devoid of social graces or natural light. Add an almost continuous stream of Hungarian techno music and you have a near total evocation of the artificial, and with it an unnerving sense of place.

Which is where the allegory comes in. Bulcsu wanders through the man-made doldrums of the Budapest transit system on an almost Homeric quest for redemption and meaning in life. How, where, and indeed whether he finds it makes "Kontroll" a mindblower every bit as mindblowing as its cinematic forebears.

Whether that makes it a great movie…well, that really depends. If you like movies with a flare for the Kafkaesque, movies like "Fight Club" that expose the disturbing absurdities of modern life, chances are you'll enjoy "Kontroll." And if you like movies that are willing to sacrifice action and plot development for atmosphere, movies like, for instance "2001: A Space Odyssey" or the more obscure "Auguirre the Wrath of God," chances are you'll enjoy "Kontroll."

But, as with "The Matrix" and "Fight Club," you'll leave the theatre feeling cheated and confused if you aren't convinced that the entire film is actually a sustained commentary on the human condition. Up until "Kontroll's" dynamite final half-hour I wasn't close to convinced — plot progression was lethargic, dialogue was weak, Bulscu and his fellow transit workers were one-dimensional and frankly quite irritating. That Antal's vision is saved at just about the last minute and even then only barely realized is a tribute to just how hard it is to successfully pull off a film like this. Just ask M. Night Shyamalan, whose "The Village" was overtly symbolic, atmospheric, and allegorical—and was undoubtedly one of the major disappointments of 2004.

"Kontroll" certainly isn't a disappointment, and while it likely won't join the "The Matrix" and "Fight Club" in the canon of great modern film noir, it certainly won't go unappreciated by those looking for something a bit out of the ordinary.

"Kontroll" (105 minutes) is rated R for language, some violence, and brief sexuality. It is playing at Landmark's E Street Cinema.