“Love, Victor” is a heartwarming Hulu series that touches on very real issues for LGBTQ+ teenagers, especially those living in less than accepting environments. Released on June 17, “Love, Victor” is a spin-off of “Love, Simon” (2018), a movie directed by Greg Berlanti that sees Simon Spier (Nick Robinson) come to terms with his sexuality and figure out how to come out to his friends and family. “Love, Victor,” directed by Berlanti as well, focuses on Victor Salazar (Michael Cimino), a 15-year-old moving from Texas to Georgia and starting high school at Creekwood High — the same high school that Simon went to before graduating.

Victor faces many different problems as he begins life in Georgia, from his parents’ (James Martinez and Ana Ortiz) rocky marriage to the struggles of fitting in at a new school. He soon makes friends with Felix Westen (Anthony Turpel), his new neighbor, and the first two episodes see him grow a friendship with Mia Brooks (Rachel Naomi Hilson). Despite Victor’s hopes that a new school will mean a new start for him, and a chance to express who he is, it is difficult for him to do so, because he is afraid to come out and possibly ruin his chances of making new friends. Additionally, he hears other boys making derogatory comments about gay people, which further discourages him from expressing himself.

“Love, Victor” primarily connects to “Love, Simon” through Victor and Simon’s interactions online. After hearing the story of how Simon came out and the immense support he received from his family and friends, Victor angrily messages Simon, telling Simon that he had it easy, and that not all kids were lucky enough to have the same amount of support. Simon agrees, and says that he can’t possibly understand what Victor is going through. The two continue to message each other throughout the episodes.

The contrast between Victor and Simon’s experiences is an interesting and important part of the show. “Love, Simon,” while groundbreaking and touching in its own right, presents a positive coming out experience that is by no means universal. In contrast, “Love, Victor” aims to reach teenagers with less than positive experiences by creating a character who has conservative parents and friends who are not shown to be as open-minded. 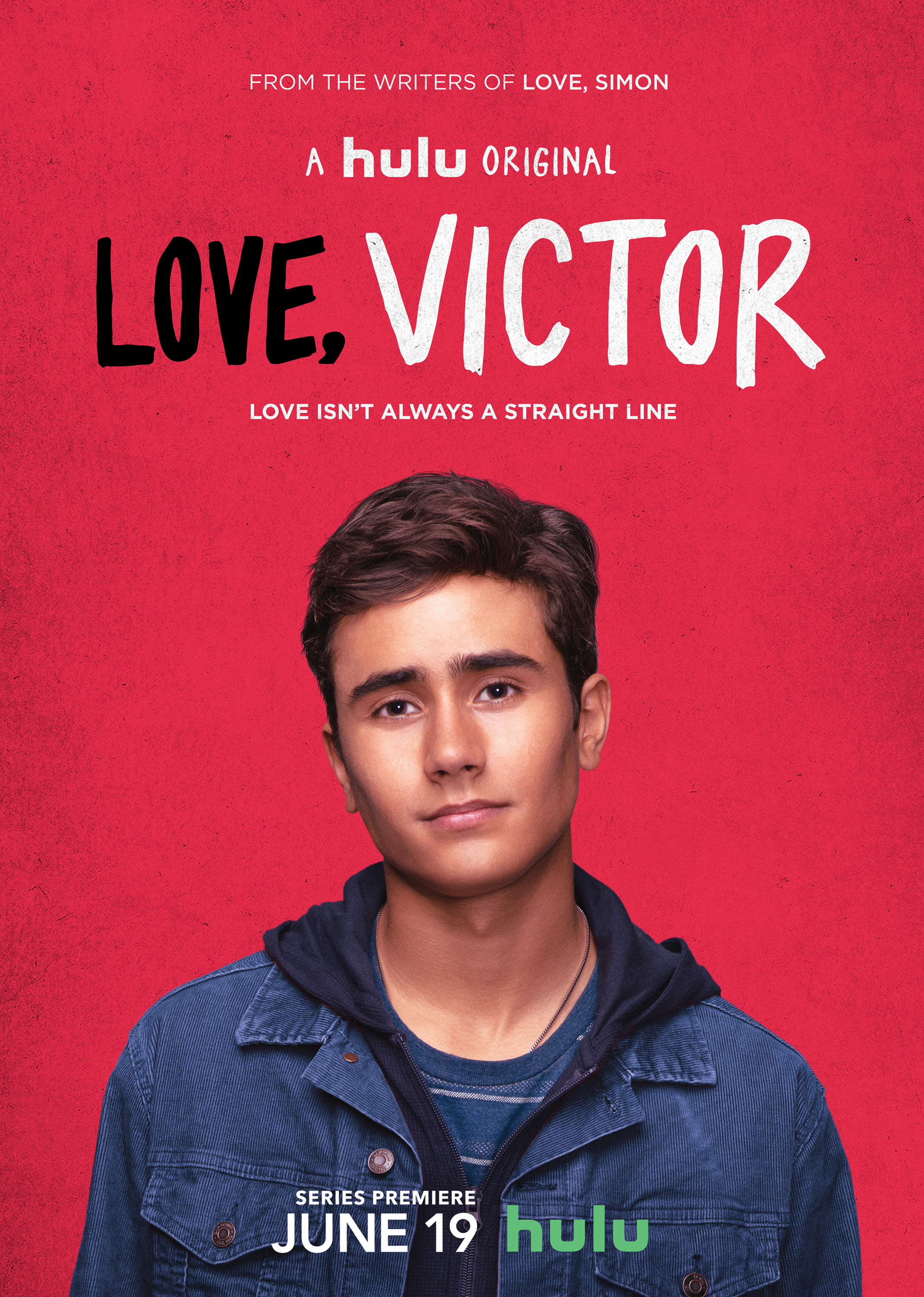 "Love, Victor" aims to reach teenagers with less than positive coming out experiences (courtesy of Hulu)

The series answers some of the criticism that “Love, Simon” received and expands on the idea of questioning your sexuality as a teenager. A key difference between the two works is that whereas Simon was sure of himself, Victor is still trying to figure out who he is.

In addition to discussing topics surrounding sexuality, “Love, Victor” puts an emphasis on class issues. Creekwood High School is depicted as upper-class, with many students wearing expensive clothing and throwing wild parties; Victor’s family, on the other hand, has money problems.

An ongoing theme, expressed in the first episode, is the fact that Victor’s poorer background is a source of shame for him. This results in altercations with other students, and a loss of opportunities. However, it also is a way to drive the plot, as it kicks off his hunt for a job, which becomes important as the show progresses.

“Love, Victor” is overall a well done and fun show, although there are some cheesy moments, like a scene in which he is training to work as a barista and is shown how to run the machines by Benji (George Sear) in a truly rom-com worthy montage. Additionally, some moments seem structured specifically to give a lesson or moral, as opposed to furthering the story, for example, Victor starting to become popular but at the cost of one of his friends, which he realizes quickly and fixes. Although this does show character development, it happens abruptly, and seems to be more of a message about how you shouldn’t abandon friends for popularity than an actual plot point.

Fans of “Love, Simon” will notice that the camera work in “Love, Victor” is very similar, with the same types of shots and emphasis on similar moments, such as the slow-motion montages that occur when Victor sees attractive guys. Additionally, the title font is the same for both works, and obviously, the title structure is the same as well. This makes the show really feel like it is almost part of the same story of “Love, Simon” and helps the general cohesion of the story.

“Love, Victor” contains fairly realistic characters, although some elements of them may be exaggerated. The tropes are clear, with Felix falling easily into a characteristic of an unpopular best friend, but Victor himself is a little more realistic. He faces struggles and responds to them in ways that make sense. Since the characters don’t feel too unrealistic, it is relatively easy to empathize with them, and become invested in the story. Moments are bolstered with a soundtrack containing songs like “Someone Like You” by BANNERS, giving it the feel of a teenage movie but managing to pack an emotional punch at the same time.

Despite the use of cliches and some cheesy dialogue, “Love, Victor” is an enjoyable watch and an important look into the life of a teenager who wants to find himself.