Based on their applications, junior Rachel Ederer and senior Jake Rozhansky seemed a great match.

Based on their applications, junior Rachel Ederer and senior Jake Rozhansky were a great match: both seemed athletic, friendly and interesting. Rachel wrote that her hobbies included track, soccer and weight-lifting, and Jake described his interests as "soccer, soccer, soccer." Jake also wrote that hanging out with friends made him happiest, while Rachel stated that her favorite activity was having fun. Since Jake told us his favorite food was pizza and Rachel said she was up for anything, we sent them to Pete's A-Pizza in downtown Silver Spring. 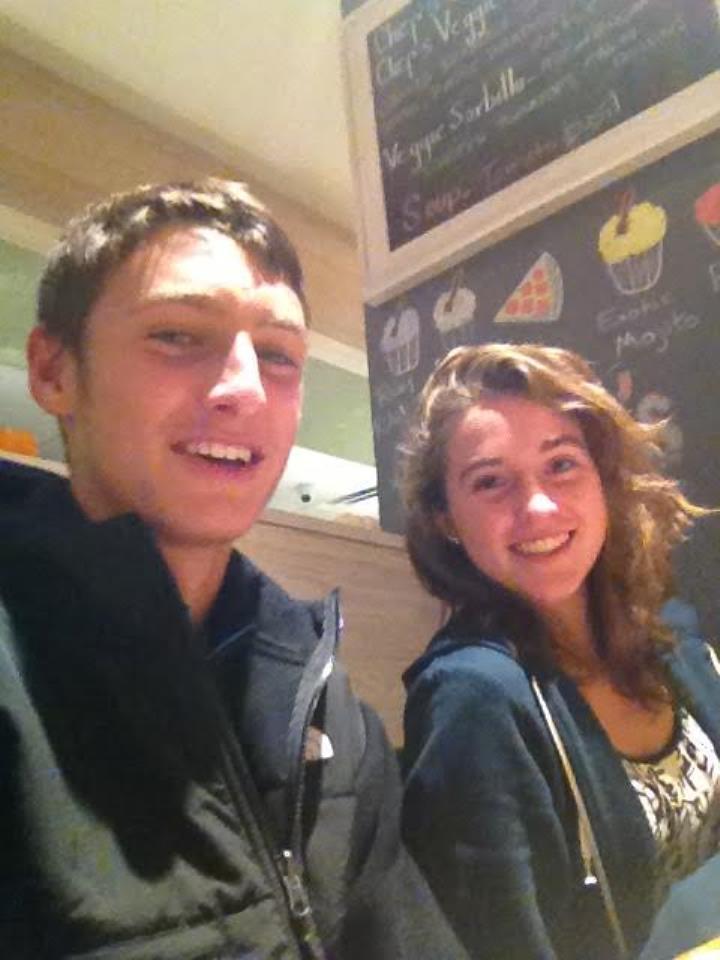 Photo: Based on their applications, junior Rachel Ederer and senior Jake Rozhansky seemed a great match.

Both junior Rachel Ederer and senior Jake Rozhansky were excited for their date on Oct. 25. Going on a blind date had been on Rachel's bucket list. "When I heard this was happening, I was like, 'Oh my gosh,'" Rachel recalled. Jake was feeling confident, not nervous.

The date got off to a rocky start. Jake was the first to arrive and, finding the restaurant packed, had to work hard to get a table. In order to keep the table, he had to order, so the waitress advised him to get a drink. He sat and waited for Rachel, who had gotten lost.

When Rachel arrived, they greeted each other a little awkwardly, sat down and ordered. They both chose pasta. Jake had ravioli and Rachel had a pesto linguine dish. Both thought the food was excellent. "The food was on point," Rachel noted.

Their first impressions of each other were positive. Rachel had seen Jake before because they had both been on Blair soccer teams for two years, but they had never met. "He was nice-looking, you know, pretty cute," she commented. Jake didn't recognize her but thought that she seemed friendly and outgoing.

The conversation flowed well and the two say that there wasn't any awkwardness beyond the expected discomforts of a blind date. "We were talking a lot," Jake affirmed. They talked about sports, including soccer and track, and shared stories. Since both Jake and Rachel have played Blair soccer, they have a lot of the same friends, and were able to swap crazy homecoming stories.

They had dessert and left the restaurant. Rachel planned to meet her friends at the Regal Majestic movie theatre, so Jake walked her there.

Although they had a good time, they both believe they probably won't go on a second date. "There wasn't really any chemistry," Rachel explained. They plan to remain friends, though, or at least acquaintances. Either way, they both thought the date was fun. "The whole thing was good," Jake concluded. "He was fun to talk to. It was chill," Rachel agreed.