While the movie could have been a solid futuristic action movie, the movie was also trying to bill itself as something more thoughtful than it actually was. The film contains both cyberpunk action and ambiguous scenes that are supposed to pose existential questions for the viewers to think about. However, Besson does not pay the attention needed for either type of scene to show the quality that is present in good movies of either genre. Some of the action sequences are hasty, unnecessary to the plot and seem like they were tossed in to please fans of Besson's other work. The supposedly deep dialogue and in-your-face symbolism are intended to make people have some sort of revelation, but they just feel empty and contrived.

Unfortunately, the uninteresting performances did not make up for the flaws in the plot. This was not, however, an issue with the casting. Rather, every character in the movie is written flat, which ensures that viewers cannot become attached to any of them. Lucy, as a character, is cold and emotionless throughout. Without any background or events that challenge her once she begins to use more of her brain, she remains underdeveloped and dull. The other characters are each left with only one defining trait each: Morgan Freeman's character is the token scientist and the gangsters are the bad guys. "Lucy" also suffers from the same issue as Superman franchise: Lucy being undefeatable does not allow viewers to empathize with or fear for her. She is too powerful to have any physical struggles and too unexpressive to have any emotional struggles, which leaves the movie boring. 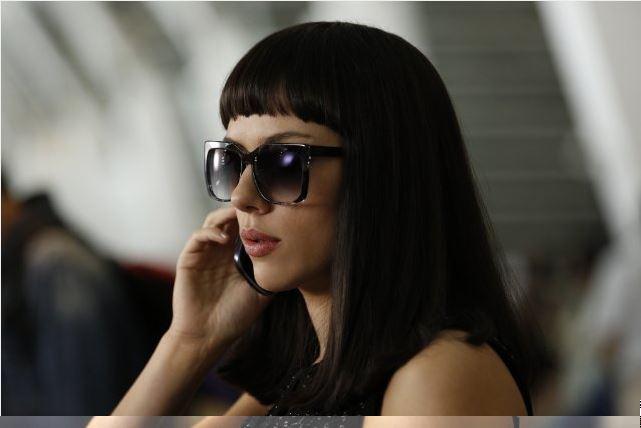 Photo: Lucy develops many odd skills, including the ability to change her appearance, when she can use more of her brain.

Photo: Lucy develops many odd skills, including the ability to change her appearance, when she can use more of her brain.

One redeeming factor for the film is its sleek cinematography and CGI. Cinematographer Thierry Arbogast's speedy camerawork and quick cuts keep the action sequences fast paced and captivating, and the CGI visuals were a treat to see.

"Lucy" tries to be both a loud action flick and a philosophical treatise, and ends up lacking in the quality needed to please fans of either genre. The result is a movie that is not enjoyable enough to rave about or interesting enough to think about.

"Lucy" is rated R for violence, disturbing images and sexuality, and is now playing in theaters everywhere.