Lupe pulls off "The Cool"

Lupe Fiasco's critically acclaimed debut album "Food & Liquor" was a welcomed departure from the formulaic, crass music that dominates mainstream hip-hop. Set to experimental and fresh beats, every track was a lyrical painting of Lupe's insightful musings on life that forced fans and critics to have high expectations for Lupe's next musical venture. Indeed, "The Cool," his latest release, presents hip-hop in its purest, poetic nature, contradicting Nas and other cynics who claim the genre is dead. 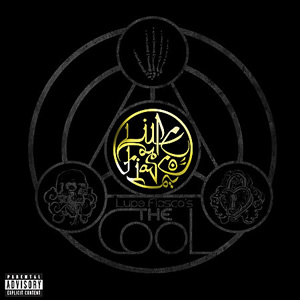 
Although labeled as a concept album about a character named Michael (sounds like "My Cool") Young History (who appeared in two songs of his first album), there are only a couple of songs about Cool, which Lupe disperses throughout the album, while the other's display Lupe's trademark selection of eclectic songs. Nonetheless, the skillful raconteur pulls off this semi-concept without seeming lazy or inconsistent.

The CD begins with "Baba Says Cool for Thought," an original spoken word by Lupe's sister, Iaesha Jaco, who delivers a powerful censure of society's past and present evils, labeling them as "cool." Then, after a minute-long interlude called "Free Chilly," Lupe finally makes his appearance in "Go Go Gadget Flow." In a display of pride for his hometown, the Chicago MC spits swift and clever rhymes worthy of even Twista: "Hey, hey don't hate on me/ My tank on 'full,' your tank on 'E'/ Look good on you, look good on me/ Cuz I'ma go and never gonna S-T-O-P."

The next track is "The Coolest," where Lupe's concept character finally emerges. The talented MC uses commendable wordplay and well-constructed metaphors as he tells the tale of the troubled Cool who seeks to be "the coolest." Lupe also creates a brilliant personification of the Streets and the Game (as in the pimp's game), a couple who raise the abandoned Cool, symbolizing two negative concepts that become so important for survival: "Streets got my heart; Game got my soul/ One time with sunshine will never hurt your soul."

In his first single, "Superstar" – featuring refreshing new find Matthew Santos – Lupe insinuates that maybe "The Life" isn't for him, contradicting the chorus, "If you are what you say you are/ A super star/ Then have no fear/ The camera's here." Santos makes an appearance later in "Fighters," a sweet, apocalyptic lamentation of the world as Lupe foreshadows the end of his career: "I tip my hat to all my family and friends/ Now we just got one more to go/ L-U-P-END."

The next song, "Hello/Goodbye (Uncool)" featuring electronic Brit group Uncle, is Lupe's most experimental track, providing a rocked-out, psychedelic vision about Cool's illusory life: "All in the ghetto the weather is better than ever/ I hope it never ends I hope it lasts forever/ But when it does, we can all pretend that is better than its ever been."

"The Cool" is for the most part mournful, an abrupt change from the bubbly and bright songs of "Food & Liquor." But the mood doesn't detract from Lupe's message. Rather, it enforces it: his loss of faith in hip-hop music, culture and just society in general, all leading to his desire for an end to his career.

Melodically, "Food & Liquor" was superior. In "The Cool," the beats were unoriginal and repetitive at times – "Hip-Hop Saved My Life" and "Intruder Alert" would definitely be considered maudlin and "Go Baby" is a tune heard many times – and sometimes, even discordant. "Gold Watch" began with so much potential, with a bluesy, old-school style, but a jarring vocal recording dominates Lupe's smooth flow. Considering the length of the album, Lupe could have gotten rid of a couple of the mediocre songs.

Lyrically, though, "The Cool" is at the same level as Lupe's freshman album. Although he didn't provide us with a narrative treat such as "Kick, Push," his lyrics were nonetheless creative, sharp and sometimes even entertaining to listen to, compensating for his slightly subpar tracks and earning "The Cool" a title as of one of the proudest hip-hop albums of the millennia.