Daylight Saving Time should be eliminated to protect the health and safety of Americans.

Beep beep. "It's time to get up already?"

For high schoolers, getting enough sleep is difficult enough while trying to balance homework, extracurriculars, family time, and other responsibilities. Waking up in the morning can feel like a struggle against our bodies' overwhelming urge to stay snuggled under the covers.

Students lose an hour of their precious sleep during the spring Daylight Saving Time (DST) switch that advances clocks one hour forward, leaving them exhausted over the next few days or even weeks. The sleep deprivation caused by DST is an underlying factor of several physical and mental health problems including cardiovascular issues, anxiety, and depression. 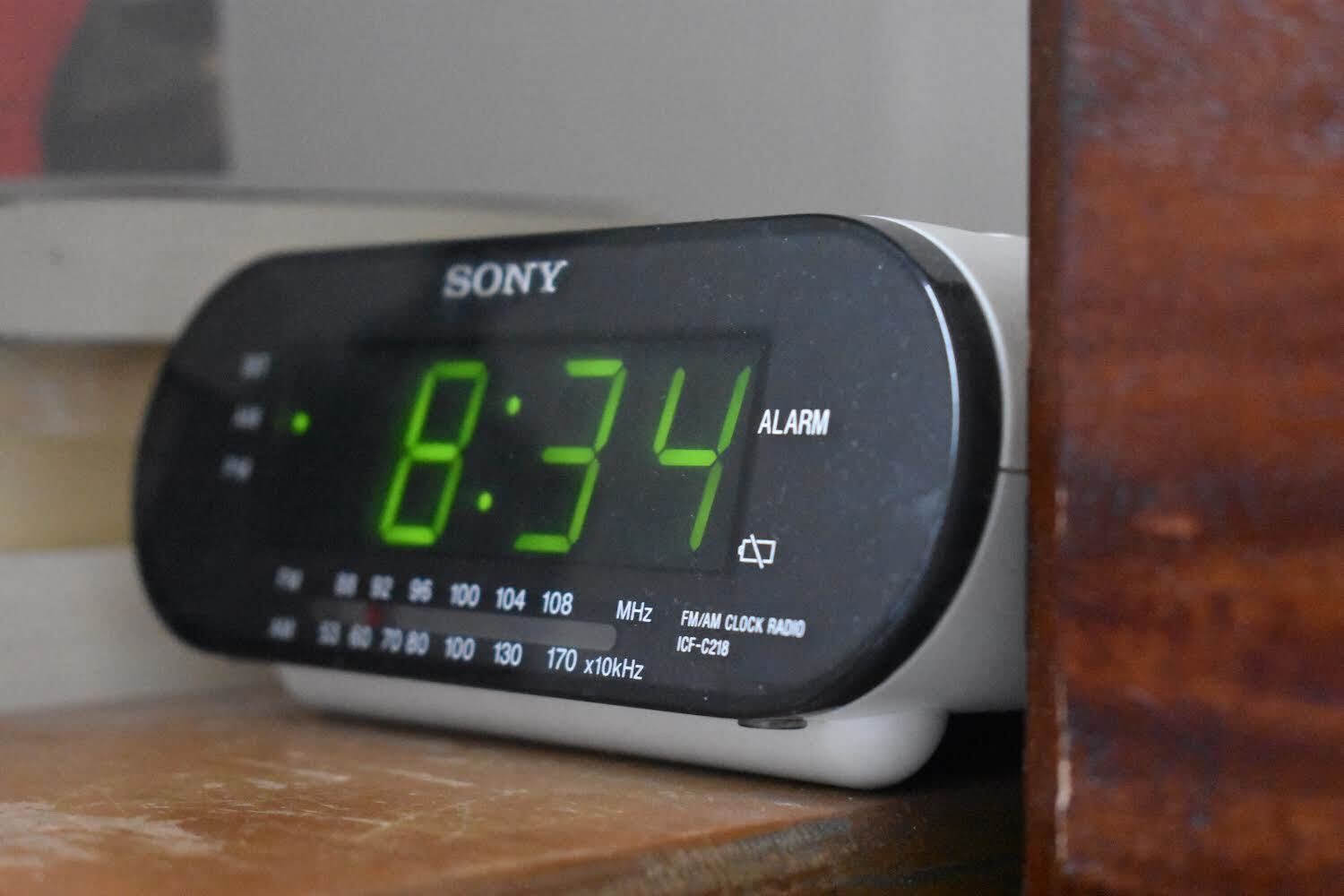 Photo: Daylight Saving Time is detrimental to the health and safety of Americans.

Photo: Daylight Saving Time is detrimental to the health and safety of Americans. Photo courtesy of Mollie Block.

The purpose of DST is to conserve more sunlight during the evenings. However, the conservation of evening sunlight results in less sunlight in the mornings. This change in light causes sleeplessness.

The body's circadian system, or internal clock, finds difficulty adjusting to the time switch since light is the major regulator of the circadian rhythm. Since there is less sunlight in the mornings during the DST period, Americans have trouble waking up. Similarly, since there is more sunlight in the evenings during DST, it becomes more difficult to fall asleep. As a result, people may experience insomnia, a sleep disorder that makes it difficult to fall or stay asleep, during this time.

Dr. Phyllis C. Zee, MD, Ph.D., a sleep medicine specialist at Northwestern Medicine, confirms that DST will confuse the circadian system. "With DST, between March and November, your body is exposed to less morning light and more evening light, which can throw off your circadian rhythm," she says.

Similarly, junior Yas'lyn Mohammed struggles to sleep enough even without the DST time switch. "Usually during the week, I probably sleep around five or six hours [per day]," she says. The CDC recommends that high schoolers sleep at least 8 - 10 hours per day.

Sleep deprivation, sequentially, will affect sleep homeostasis, the desire to sleep that builds up from the moment you wake up to the moment you sleep again. The exhaustion caused by the time switch will accumulate over the following weeks because you will consistently have trouble falling asleep. This accumulation of exhaustion leads to a greater desire to sleep. This extended period of exhaustion is described as "prolonged jet lag" by Northwestern Medicine. While in this period of prolonged jet lag, people may experience a decline in productivity and focus.

Blum finds it difficult to pay attention in class after the DST time switch. "Losing an hour of sleep definitely does have an impact on my [attention span]," she says.

Furthermore, sleep deprivation from DST is linked to several health problems such as slowed metabolism and weight gain according to the National Institutes of Health (NIH).

A 2014 study by circadian scientists and 2020 statement by the American Academy of Sleep Medicine also show that the biannual Daylight Saving time switch leads to an increased rate of adverse cardiovascular events such as heart attacks. Dr. Anita Shelgikar, MD, a Clinical Associate Professor at the University of Michigan Health who specializes in neurology and sleep medicine, corroborates the claim that many cardiovascular effects arise from DST. "Switching to Daylight Saving Time is associated with cardiovascular morbidity, a higher risk of a heart attack or stroke, and an increase in hospital admissions for irregular heartbeats," she says.

Michael Grandner, director of the Sleep and Health Research Program at the University of Arizona in Tucson, offers an explanation to this observation. "When you get people who are ill or who already have some hormonal disruption or other biological problem that depends on a clock, that's where you get problems. It's why you have things like a heart attack. There's a rhythm to heart function, and when all of a sudden you jostle that rhythm for a heart already very sensitive or diseased or struggling to stay healthy, you disrupt its ability to regulate itself properly for a day or so," Grandner says. People who have a history of heart disease have a higher risk of having heart problems around the Daylight Saving Time switch.

The lack of sleep resulting from the time switch is also linked to a rise in vehicular accidents. According to a study by the Fatality Analysis Reporting System, there is a 6% increase in car accidents during the week of DST. They attributed this increase to the fatigue caused by the time switch.

Not only does DST affect physical health, but it also affects mental health. The sudden change of time can make people more depressed or anxious because it leads to sleep deprivation. A study by The Journal of Clinical Endocrinology and Metabolism shows that accumulated exhaustion leads to "elevated anxiety and depression scores." The Society for Neuroscience attributes these results to the ability of sleep to calm overactive regions of the brain. For that reason, lack of sleep agitates and stresses out certain brain regions.

A hefty two-thirds of registered U.S. voters wanted to eliminate DST in 2020. The Maryland General Assembly was working to push forward a bill that will make DST permanent year-round in Maryland. There will be a Maryland Senate hearing on it on April 6 at 1 p.m.

Overall, research by circadian scientists and the scientific community as a whole backs up the fact that Standard Time will promote health better than DST will. Hence, Standard Time should be made permanent rather than DST.

Two of the largest groups of circadian scientists have issued statements concluding that Standard Time is the preferred option over DST as the latter is linked to an increased risk for cancer as a result of circadian disruption. Research was conducted on those who reside on the western border of time zones, where the time is similar to being on DST. Results showed that these residents have a greater risk for cancer as the circadian system does not respond well to the sunrise and sunset times.

The Maryland General Assembly must pass legislation implementing permanent Standard Time in order to protect the safety of Americans and to improve productivity.

In the meantime, protect your health during the Daylight Saving time switch by going to sleep and waking up later on the days leading up to the time change.