Mary Beth Tinker spoke in the auditorium during fifth and sixth lunches on Feb. 22. She was invited to speak to by OneBlair, a student run activist group, about her famous free speech case, Tinker v. Des Moines and what it means to her to be able to have the same rights in and out of the classroom.

Junior Iyanu Bishop, who organized OneBlair, thought it was important to inspire students to speak out against things in which they don't believe. Mary Beth Tinker was just 13 years old when she was suspended for wearing an armband in protest of the Vietnam War in school. 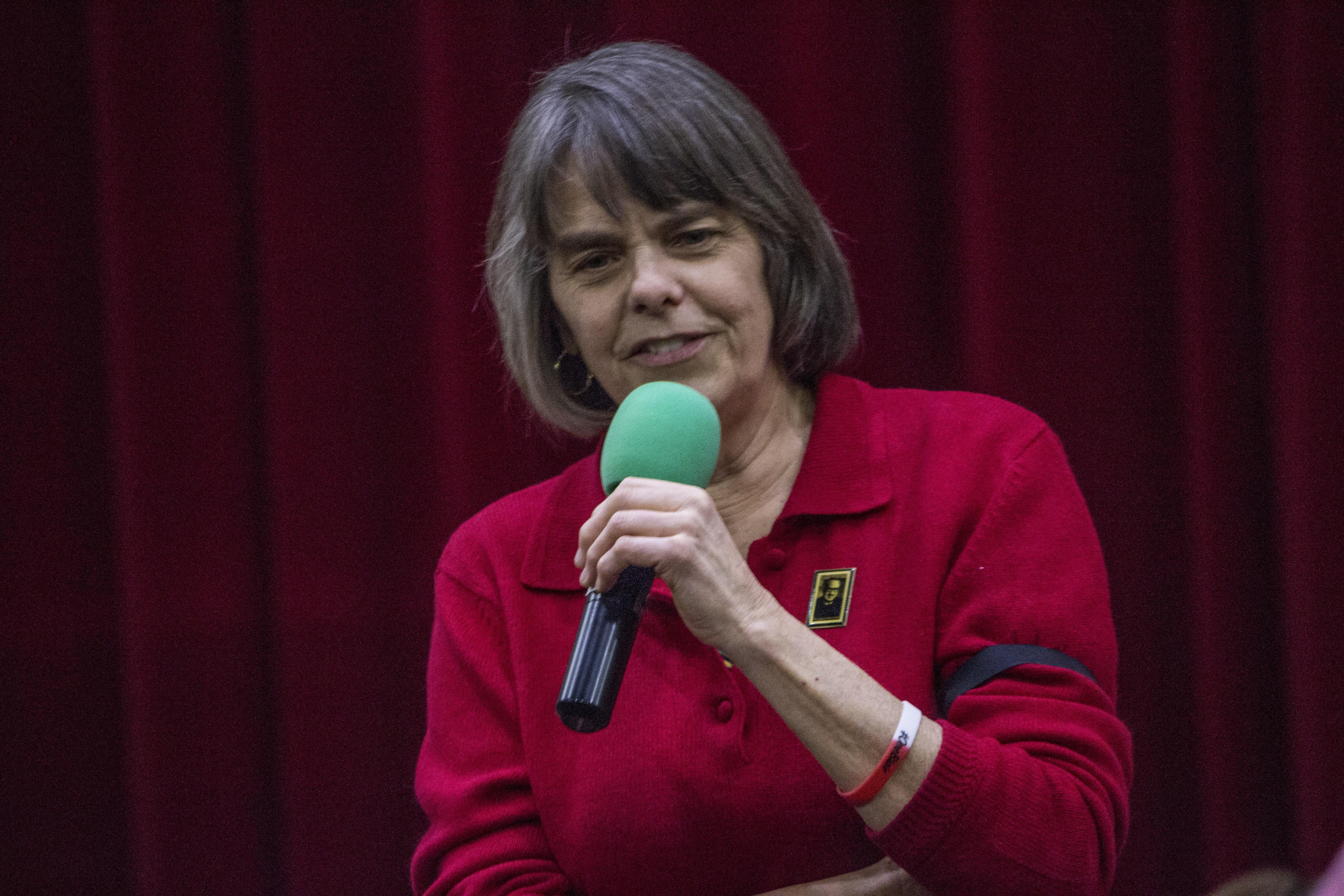 The Tinker decision declared that schools could not impede upon students' right to free speech unless the school could prove that the expression of free speech was disrupting the classroom. Justice Abe Fortas wrote the majority opinion and established that "It can hardly be argued that either students or teachers shed their constitutional rights to freedom of speech or expression at the schoolhouse gate."

At the assembly, Tinker reflected on her memories from the case. She explained that she never fully understood the importance of her case until she saw it in one of her college textbooks. She stressed the normality of her life to prove to students that students don't need to be famous to make a difference. "You don't have to be Rosa Parks or Martin Luther King to take a stand about something," she said. Tinker urged students to use their voices to speak out to protect their peers and futures.

Sophomore Adenike Falade came to the sixth period talk. "It was inspirational that she talked to us about our rights as students because she taught us to be effective when standing up for ourselves to the school even when we're supposed to respect school officials." Falade was glad that Tinker acknowledged hard work that students have already done to make their voices heard.

After Tinker spoke, she opened the floor to questions and comments from students. Students asked her about prevalent political issues today including about her opinion on Secretary of Education Betsy DeVos and regulating journalist Milo Yiannopoulos' speech.

Bishop and OneBlair plan to host many more speakers in the future. They will hold more workshops and talks with local activists to teach students about peaceful protesting and speaking out for their beliefs.