Prestigious international award given to a woman for the first time

The International Mathematical Union presented Mirzakhani, 37, with the Fields medal at the Congress of Mathematics, held in Seoul, South Korea. The medal is known officially as the International Medal for Outstanding Discoveries in Mathematics. In addition to the prestige of this award, Mirzakhani also won a monetary prize equivalent to almost 14,000 U.S. dollars. 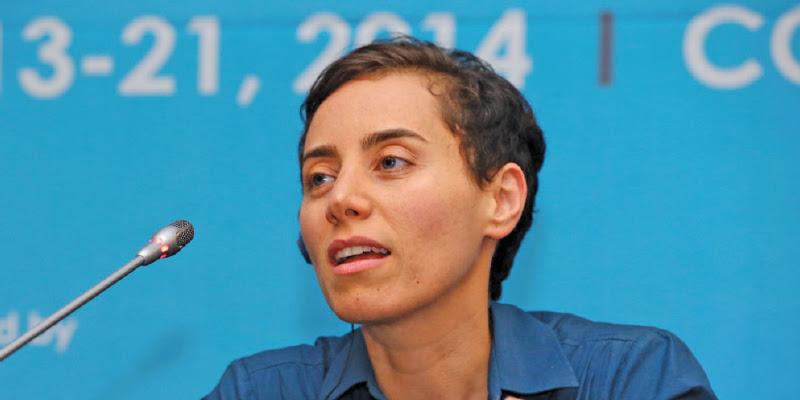 Photo: Maryam Mirzakhani became the first woman to win the Fields Medal for her achievements in mathematics.

Photo: Maryam Mirzakhani became the first woman to win the Fields Medal for her achievements in mathematics.

The Fields Medal is an international award honoring achievements in mathematics. Mirzakhani received the medal for her studies on the symmetry of curved surfaces and hyperbolic objects. It was established in 1936, in part by Canadian mathematician Charles Fields. Every four years the International Mathematical Union presents the award to between two and four mathematicians under the age of 40.

Born in Tehran, Iran, Mirzakhani attended Sharif Universty of Technology in Iran, and earned her bachelor's degree in mathematics in 1999. She earned her doctorate at Harvard University, working closely under fellow Fields Medal recipient Curtis McMullen, who won the award in 1998. She is now a mathematics professor at Stanford University, teaching a course called Teichmüller Theory and Ergodic Theory. Mirzakhani also won the Satter prize in 2013, another award honoring advancements in mathematics.

After winning the award, Mirzakhani hoped her would inspire female students interested in pursuing careers in mathematics. "I will be happy if it encourages young female scientists and mathematicians," she said in a statement released by the Stanford Report.

Blair sophomore Kinjal Ruecker is interested in pursuing a career in mathematics, and thinks Mirzakhani's win says a lot about how mathematics is changing for women. "It definitely opens up the field and high school girls and college students are able to see that now," Ruecker said.

Despite her accomplishments, Mirzakhani thinks it will continue to be difficult for women to make advancements in mathematics as result of societal attitudes. "In my opinion, the situation of women in math is far from ideal. The social barriers for girls who are interested in mathematical sciences might not be lower now than they were when I grew up," she said in an interview after winning the prize.

Mirzakhani specifically cited the difficulty of handling a family and an ambitious career. "It makes most women face difficult decisions which usually compromise their work," she stated. Nevertheless, Mirzakhani expressed hope for the future. "There has been a lot of progress over the years, and I am sure this trend will continue," she noted.