State should not have pulled legislation to require HPV vaccine 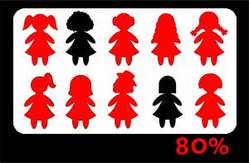 Photo: Eight out of ten women will acquire the HPV infection by age 50, according to the CDC.

Photo: Eight out of ten women will acquire the HPV infection by age 50, according to the CDC.

A bill requiring this vaccine for middle school girls was introduced in Maryland by Sen. Delores G. Kelley (D-Baltimore County), but it was withdrawn by Kelley less than two weeks after it was introduced for reasons left unexplained (See news story). Similar bills have been introduced in 17 other states and the District. The governor of Texas, Rick Perry (R) issued an executive order to require the vaccine for sixth-grade girls. Texas is the first, and so far, the only to issue such a mandate. In Virginia, the bill has passed both houses of the General Assembly, but governor Tim Kaine (D) has yet to sign.

By requiring the vaccine despite the same type of opposition faced in Maryland, Texas has set an example for the rest of the United States. Every year in the United States, 10,000 women are diagnosed with cervical cancer and one in every three of those women die from the disease, according to the Centers for Disease Control. Seventy percent of these cases are caused by infection with HPV, which now, with the new vaccine, can be almost entirely prevented. In clinical trials, Gardasil has been shown to be almost 100 percent effective against the two included strains of HPV that lead to cervical cancer.

While Merck, the maker of Gardasil, does stand to benefit greatly from a mandate requiring the vaccine and has been a major force in lobbying for such a mandate, the lives this vaccine will save outweighs any monetary benefit that for Merck. It is not only Merck that recommends the vaccine for girls. The Centers for Disease Control, American Cancer Society, American Academy of Pediatrics and the U.S. Advisory Committee on Immunization Practices all recommend that girls receive the vaccine around age 11 or 12 and preferably before they become sexually active.

The legislation's dissenters, mostly parents and conservative groups have argued that the vaccine will promote promiscuity and removal parental control over their children. However, the vaccine does not grant teens impunity toward sexual activity. While the vaccine may prevent HPV, it does nothing to prevent the other negative consequences of unprotected sex: pregnancy, AIDS and other sexual transmitted diseases.

The vaccine's expense, at $360 for the three doses, would place unprecedented burdens on some families. However, there is presently a push to have private insurers cover the cost, for those with insurance. For those without, the vaccine will be given without cost through the Vaccines for Children program, removes the cost consideration. And in the long-term, the costs of cancer greatly exceed the cost of the vaccine.

Gardasil is a new vaccine, which means that its risks may not be fully understood. If the vaccine's safety remains a concern, Maryland could put in legislation to require the vaccine not now, but in a few years. Having a mandate now, even if does not take effect immediately, still gives a guarantee that one day, the number of women diagnosed with cervical cancer will dramatically drop.