Beginning with the Class of 2011, the Maryland Board of Education (BOE) will calculate graduation rate using a new formula that will comprise all four years of high school and account for transfer students and student deaths.

According to William Reinhard, media relations director for the Maryland State Department of Education (MSDE), the formula was edited based on federal regulations enacted in 2008. The regulations require all school systems in the nation to report graduation rates using the new formula, known as the "cohort" rate, in order to fulfill federal accountability. 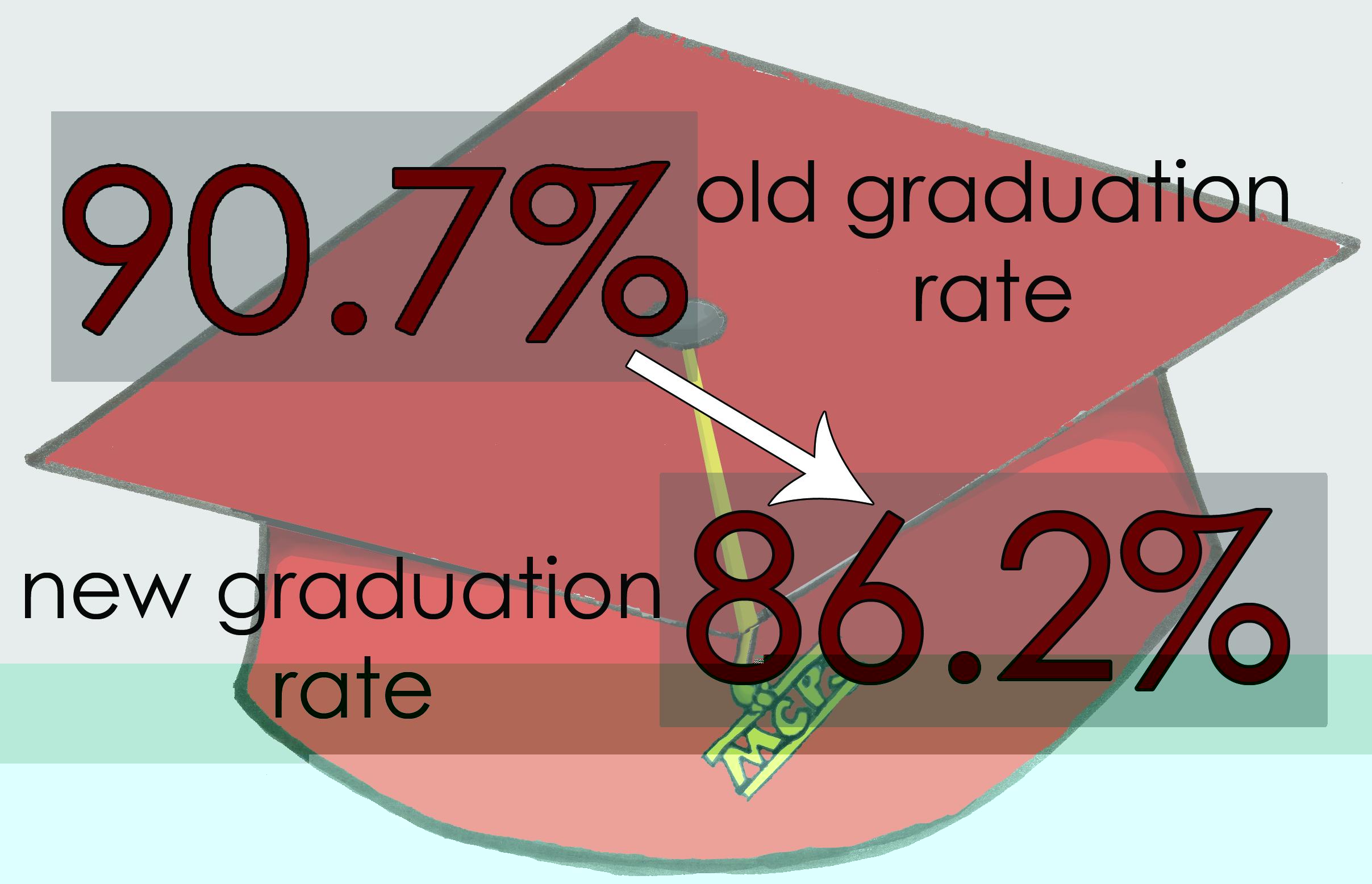 The graduation rate will now be calculated according to the adjusted-four year cohort rate, which tracks student progress through all four years of high school. The cohort rate is calculated by dividing number of graduates in senior year by the number of ninth-graders enrolled in the initial ninth-grade class. Students who transfer in, transfer out, or die during the four-year period are reflected in the final rate.

According to Leslie Wilson, assistant superintendent of Maryland's Department of Education, the calculation was adopted in order to more accurately reflect the complicated graduation patterns in today's students. "The old one has predicated that a student who joins in ninth grade will graduate 4 years later, which applied to almost everyone back then," she said.

Wilson said that the cohort rate shifts the focus to each individual enrolled in the initial freshmen class. "We're a lot more mobile society than we used to be. The new system helps track our changing society," she said. "We're looking at how many students graduate on time."

According to Wilson, on average, the cohort rate is lower than the leaver rate, which may lead to declining graduation rates in upcoming years. Reinhard said that this may be a cause of worry for schools that are struggling to meet Adequate Yearly Progress (AYP), a measurement made under the No Child Left Behind act to assess how public schools and school districts in the nation are performing academically. "If a school is unable to meet the graduation target set by No Child Left Behind, it stands to miss its Adequate Yearly Progress target," he said. The four-year and five-year cohort rates will be used to determine whether schools meet AYP.

The leaver graduation rate for MCPS for the Class of 2011 was 90.74 percent and the four-year cohort rate was 86.15 percent. According to Dana Tofig, public information director for MCPS, the leaver rate in MCPS has increased in the last two years and has remained steady since 1996. According to a MCPS press release, sixteen of 25 MCPS high schools had an increase in graduation rate, using the leaver formula, including Blair.

The MCPS Board of Education will use the graduation rate to set new goals for their own students. "The district and the Board are in the process of resetting the grad rate goals given the new calculations," said Tofig. Tofig also said that officials are looking more closely at different graduation rates within the cumulative rate in order to address lower graduation rates in different groups. "Clearly we are doing well overall. However, like nearly every district in the nation, if you break down the graduation rates by demographics and program (ESOL, FARMS, etc), there are gaps we must address."

In addition to determining a school's success in meeting AYP, Tofig said that the graduation rate calculation is essential for MCPS to gauge how well they are preparing their students. "The graduation rate is an extremely important indicator for a school — are our students graduating on time with a diploma that prepares them for life after high school?"