Maryland legislature overwhelmingly voted to cast out the outdated and offensive poem.

On May 18, 2021, Governor Larry Hogan repealed “Maryland, My Maryland” as the official state song of Maryland. His decision came after a unanimous vote of 45:0 by the Maryland Senate and a majority House vote of 94:38 to remove the controversial state song, first put in place in 1939. Nationwide protests for racial justice after the murder of George Floyd in 2020 gave crucial impetus to the long-lasting effort by lawmakers to address the song's Confederate legacy.

The lyrics were written by James Ryder Randall in 1861 after the Baltimore Riot - a clash between Union troops marching to Washington and Confederate sympathizers. The lyrics explicitly show support for the Confederacy, referring to Abraham Lincoln as a “despot” and a “tyrant”, glorifying confederate generals such as William Carroll and Oliver Howard and labelling the Union as “Northern scum”. 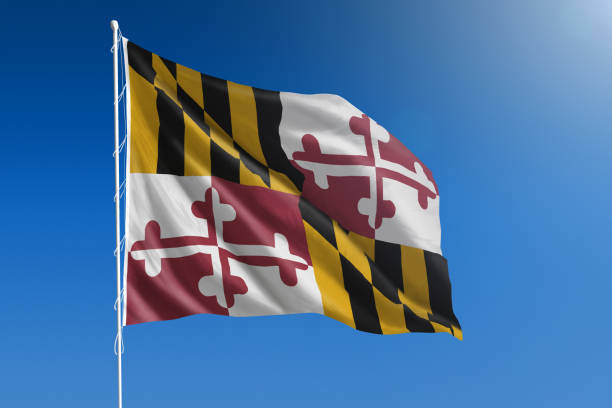 The most recent attempt to remove the song in the Maryland legislature was also the first to be successful. Many politicians across Maryland passed resolutions attempting to repeal or revise the song, starting in 1974, but none succeeded on a state level until this year. In January 2020, a hearing was scheduled to review public submissions and suggestions for a new state song, but it never progressed past that stage due to the coronavirus pandemic.

Notable alternatives have been proposed, however. Congressman Jamie Raskin proposed a new song called “Maryland, My Maryland (The Free State Song)” in August of 2020, along with Steve Jones from the D.C. Labor Chorus. In addition, The General Assembly of Maryland would have reviewed the songs “Maryland Proud (A Place Called Maryland),” by Joshua A. Hastings (D) and Sarah Bernstein, “Maryland, Our Home”, by Thomas Ponton and “That’s My Maryland” by Jefferson Holland.

While no action was taken in Annapolis until May 18, 2021, local politicians had already been pushing for change. In Montgomery County, a resolution proposed by Democrat Evan Glass to repeal and replace the state song passed the county council unanimously on July 28, 2020.

A year and two months later, Glass still believes that it was the right thing to do, and supports Governor Hogan’s decision. “We need to remind people that slavery and the confederacy lost, and any time we glorify them, we are doing a disservice to our country, and to the people that slavery harmed,” Glass said.

He also believes that whatever the replacement song will be, it will represent a much more modern perspective, and will bring people together instead of immortalizing division.“I hope our new state song celebrates the diversity we have here in the state of Maryland, and our values of inclusion, love and compassion,” Glass said.