State to administer the final exam this spring

The Maryland State Board of Education voted to eliminate the Government High School Assessment (HSA) as part of the state budget proposal for Fiscal Year 2012. By discontinuing the exam, the state hopes to save approximately $1.9 million, according to the Baltimore Sun. Though the state will no longer offer the Government HSA, the National, State and Local Government (NSL) course will remain a graduation requirement. 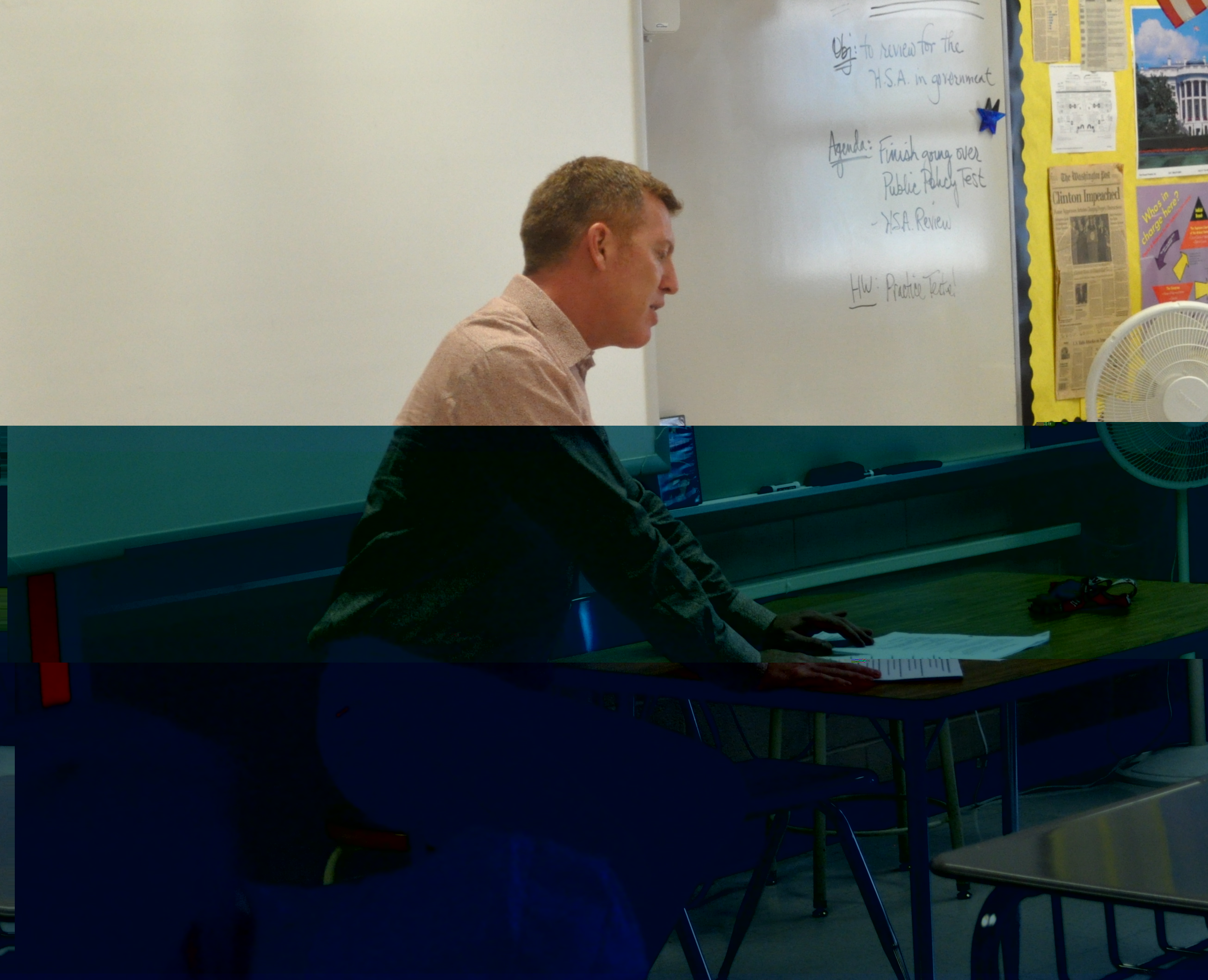 Photo: AP and on level NSL teacher David Swaney believes that the Government HSA was a "big cost that wasn't worth the payoff."

Photo: AP and on level NSL teacher David Swaney believes that the Government HSA was a "big cost that wasn't worth the payoff."

The state decided to cut the exam because it was facing a large budget deficit that it had to reduce, according to State Superintendent of Schools Nancy Grasmick. The reason behind eliminating the Government HSA in particular was that the No Child Left Behind Act only required states to report high school test results in reading, mathematics and science. "Of the state's four high school assessments, only Government was not required by federal law," Grasmick said.

Generally NSL teachers valued the Government HSA as a rough indicator of students' understanding of civics. However, they did not believe the exam was necessary for the state's assessment of high school students. The state consistently altered the HSA, according to Advanced Placement (AP) and on level NSL teacher Marc Grossman. "It became difficult to assess what the test results meant," he said. "There was a lack of transparency in the design and grading of the Government HSA, which caused anxiety in both students and teachers."

AP NSL teacher Lansing Freeman considered the exam a redundant method of setting standards for students. "The HSA is a valuable tool in establishing baseline proficiencies for graduation standards," he said. "Of course, the same role is fulfilled by teachers giving assessments and grades."

Additionally, AP and on level NSL teacher David Swaney noted that eliminating the Government HSA will give teachers more flexibility in their classroom instruction. "'Teaching to the test is a pain in the neck," he said. "[It] squelches creativity of the teacher."

Grossman does not anticipate major changes in student motivation as a result of the elimination of the HSA. "I think students will continue to demonstrate motivation because they know the course is required," he said. Swaney also expects his students to stay motivated. "I do think there are some that won't take it as seriously if they don't need to 'pass the test'," he said. "But not big numbers. The class is fun."