Warning: This review contains spoilers for MasterChef: Back to Win.

All-Stars seasons tend to be the best of the best – and MasterChef Season 12 is certainly no exception. For more sentimental fans, getting to see favorite early-outs from former seasons get a shot of redemption felt like reuniting with old friends. The Season 12 finale is a thrill to watch, and a perfect way to cap off a great season. Fans will be in for a surprise to see which of the three finalists manage to snag the MasterChef Season 12 crown. 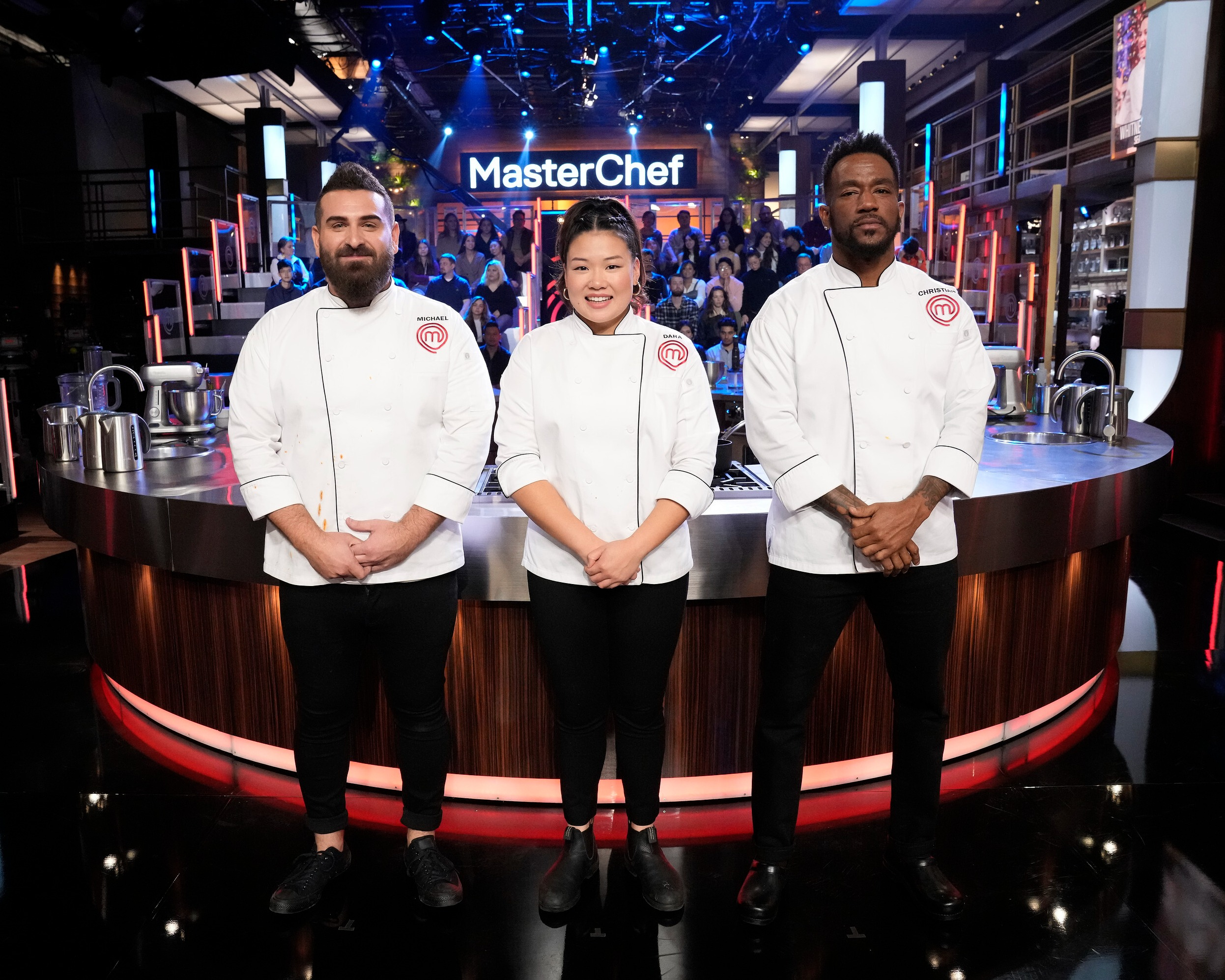 Photo: The Back to Win finalists are Michael, Dara and Christian (photo courtesy of Fox).

Photo: The Back to Win finalists are Michael, Dara and Christian (photo courtesy of Fox).

In typical MasterChef finale fashion, the finalists were tasked with cooking a three-course-meal: an appetizer, an entree and a dessert. Previously, on part one of the finale, the three established their menus: Michael went for an elevated Tex-Mex menu; Christian stuck with his Southern roots; Dara remade her childhood favorites, incorporating her Asian heritage.

For the appetizers, it was anyone's game. Michael presented a cold smoked trout, Dara served a crispy skinned red snapper dish and Christian went for a southern-style fried green tomato with a crawfish salad. All three appetizers received both unanimous praise and notes for improvement.

Former judge Graham Elliot returned for the entree round, where some stumbled more than others. On the stoves were Michael’s chili-rubbed lamb loin, Dara’s Chinese-style short ribs and Christian’s Cajun-rubbed filet mignon.

When it came to the judges’ critique, Michael fell the hardest, with his lamb loin “overcooked,” and his grit cakes “not crispy enough.” Dara’s dish was treated with enthusiasm, and deservedly so: the meat was cooked beautifully and the presentation was spot-on. Christian shouldn’t have been so confident with his filet; his main errors were the inconsistent temperatures of the steaks.

For the dessert round, surprise guest judge and pastry chef Christina Tosi returned to the kitchen. Michael, Dara and Christian all prepared mouth-watering desserts: a tropical play on tres leches, a vanilla ile flottante and a banana pudding, respectively.

All three desserts were gorgeous and received high marks, though Dara’s clearly received the best. Her presentation was whimsical and the judges all loved her creativity. Michael, despite having a tough time making the ice cream, created an almost perfect tres leches but forgot to include a fried milk ball. Christian’s pudding was an homage to his late grandmother, which while touching, was not elevated enough for the judges.

As the judges deliberated, it was already clear to most viewers who won based on the scoring of the contestants’ menus. The winner of the trophy, $250,000 and the “Master Chef” title is… Dara!

The show’s producers didn’t try hard to hide her win. Between a surplus of screen time and series of confessionals, Dara was clearly established as the narrator of the episode early on. By the end of the entree round, Dara's inevitable win was already peeking through like short ribs beneath a layer of gremolata. The two other finalists got harsh critiques on arguably the most important dish of a meal, the entree, while Dara’s was basically perfect.

Despite all this, Dara's victory was a shocker. Based on track record, Christian was on the path to victory. But, in the finale, he wasn’t the focus – all his menu choices seemed safe, and he barely got any screen time. Christian deserves praise for his accomplishments this season, nonetheless. He won five challenges, had three high placements and was never in the bottom.

On the other hand, Dara’s performance across the season was inconsistent; she had four challenge wins but was placed low three times. This is not to discredit her victory, as with the dishes she did excel at, she won by a long shot.

The other shocking aspect of Dara’s win was an online speculation created by fans a few weeks ago. Grubhub put out a commercial promoting their new “Grubhub Table” restaurant, with several MasterChef alumni, including Michael. These weren’t just any alumni – they were all previous winners of the competition. This sparked confusion within the MasterChef fanbase who thought that Grubhub leaked Michael’s win and had put out the commercial too early.

Grubhub tricked a lot of people with this red herring – even I believed it. As the finale progressed, though, it became apparent that Michael would not be the winner. The producers put lots of emphasis on the disorganization of his cooking, and compared it to Dara’s calm and collected self several times.

All three finalists got their redemption story, whether they were a runner-up or the winner. Although I didn’t anticipate Dara’s win, I couldn’t be happier. Sure, she got frazzled a bit during the season, but she’s also the youngest MasterChef winner at 20-years-old, with a long culinary career ahead of her. In a European-dominated culinary world, Dara’s victory this season has opened up the road for more Asian chefs that will come after her. 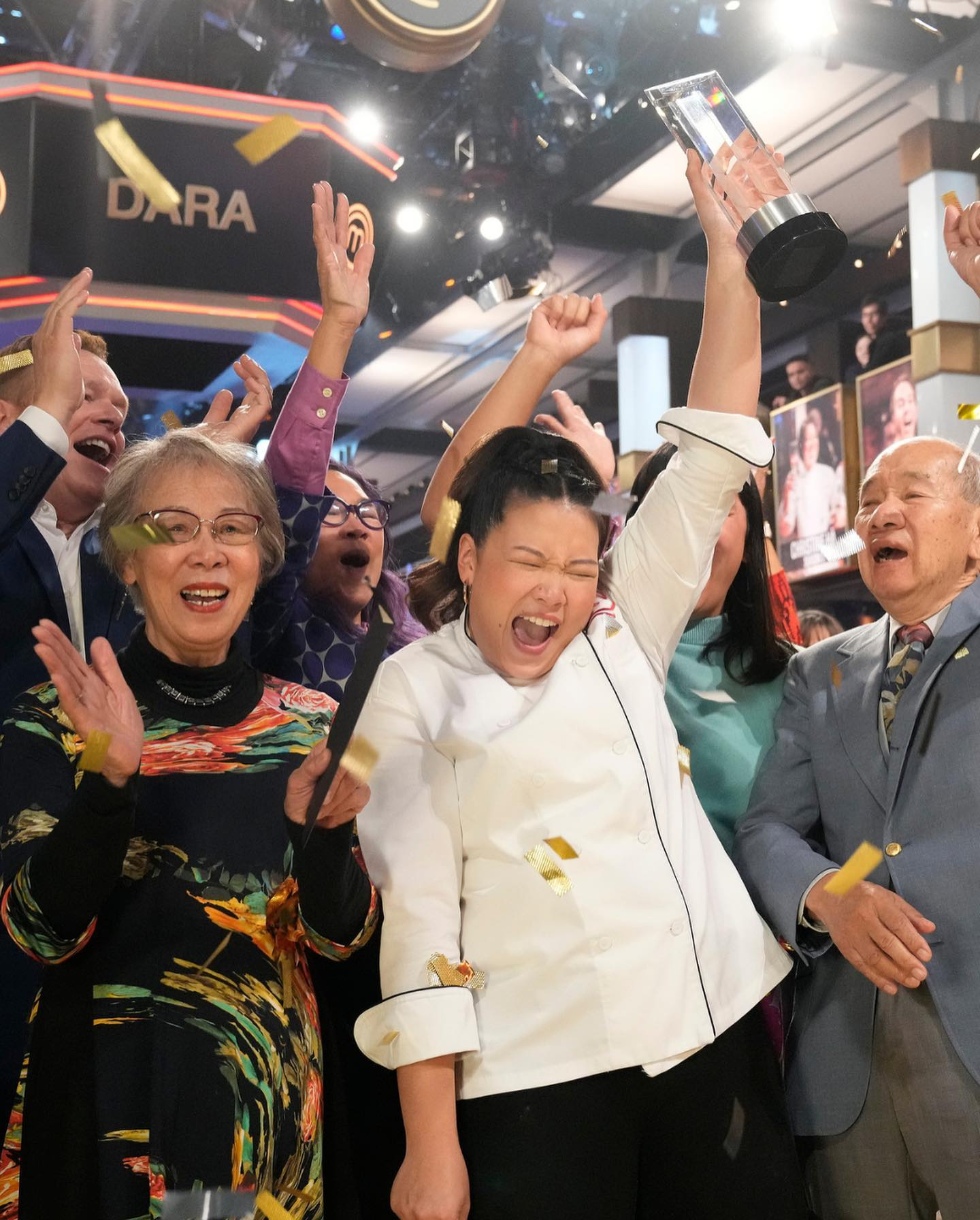