On March 14, in honor of Pi Day, Superintendent Joshua Starr tweeted a link to math teacher Jacob Scott's music video "Triangle Experts," raising the number of views of the video to nearly 7,000. Scott has gained countywide acclaim for pioneering a new genre of music: math rapping. 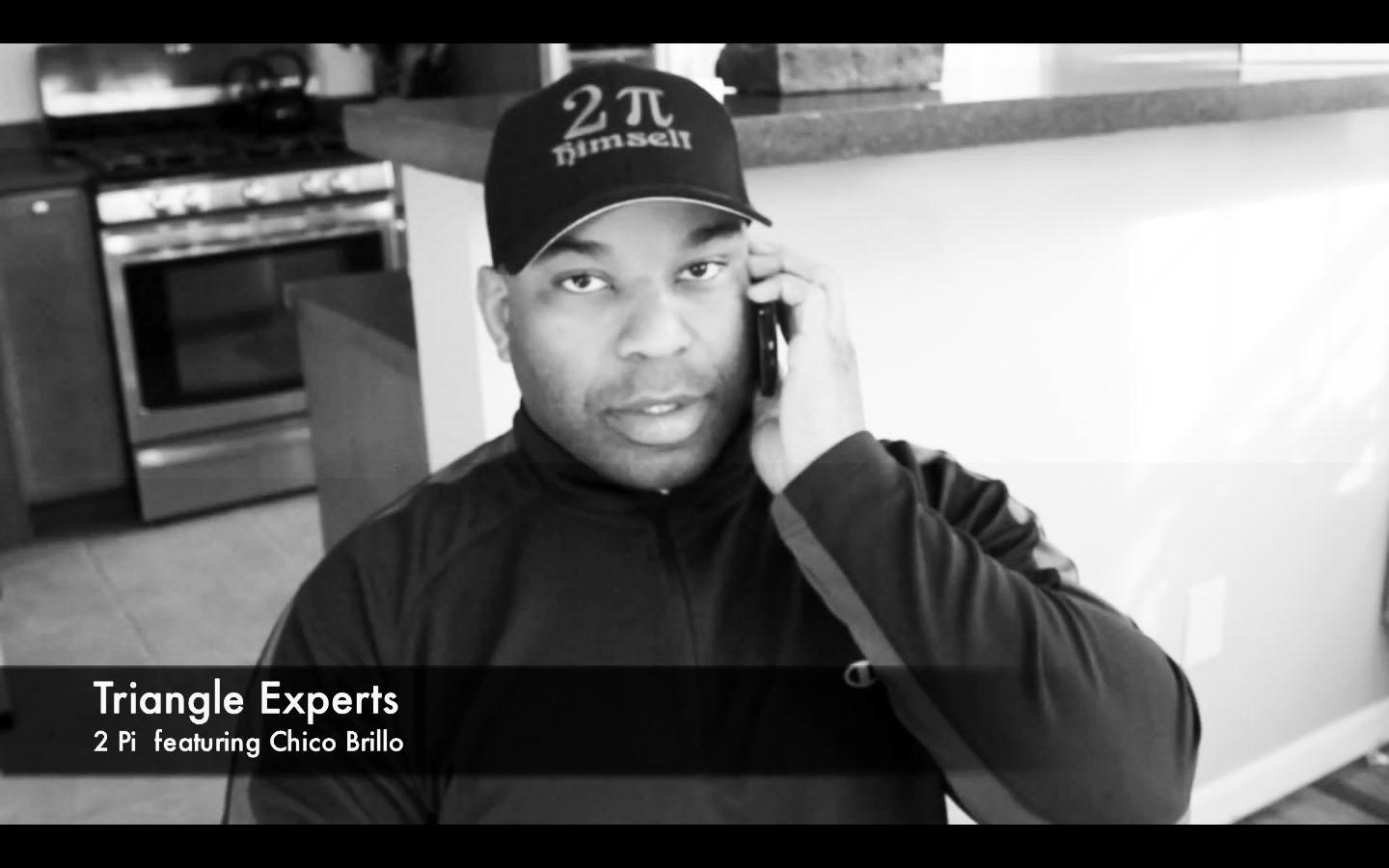 Since 2010 when he began as a first-time rapper, Scott has been writing lyrics, performing raps and filming footage for his math videos. In each video, Scott reviews math topics with which his students are struggling. His motivation for creating these videos came as he was designing posters to demonstrate how 2 Pi wraps around the unit circle. The 2 Pi wrap inspired him to write a math "wrap" about the concept, commencing his rapping career under the YouTube channel name 2 Pi productions.

Scott has produced four math videos so far, and says that the raps appeal to students because they convey information in a concise and entertaining way. "When the students appreciate the quadratic formula they will always be equipped to solve quadratic equations," he says as an example. Scott laughs as he says that even his three-year-old daughter can recite the lyrics for his raps.

Scott also frequently references his videos in his classes. "It helps me with instructing students—it brings a new dimension to class." Senior Jasleen Kaur, who participated in one of the videos, describes that the videos offer students an alternative way of learning. "People enjoy listening to music. Some people who don't like listening to the lecture can listen to the video," she says.

Sophomore Minu-Tshyeto Bidzimou, who recited lines in three of Scott's videos, says that the raps leave him with something he will remember past the next test and even after high school. "It will be one of the few things I'll be confident in for the rest of my life," he says. "I've heard it so many times. It will be hard to forget it."

For his efforts with ESOL students and for his math raps, Scott was awarded the NAACP Excellence in Education Teacher of the Year Award in 2011. In the same year, Scott was featured on the front page of The Gazette, on local television stations, as well as on billboards throughout the D.C. metropolitan area. "Last year was just like a dream," Scott says. "I'd be going out and people would be asking for autographs."

Scott wants to continue producing math raps and already has a few ideas in mind for the future. "I got a firm foot in the rap game. I'm being established as a math rapper," he says proudly. While Scott is excited about his achievements, he wants to take his success beyond the classroom; he hopes to market his math videos, T-shirts and posters to help fund the ESOL summer program he founded at Blair.

Scott says that many ESOL students struggle when they move to Blair math classes because most other countries don't itemize their math curricula into different levels, like Algebra I, Geometry and Algebra II. Instead, most students in other countries come in to Blair with the course name "Math," leading them to be placed in classes far below their level. Scott recalls a former student who entered Blair as a senior, but dropped out because he had to begin with freshmen math. "That was so discouraging to me," Scott says. "He was one of my top students."

After this experience, Scott created an ESOL summer program in which ESOL students can take classes during the summer and be on the right level during school. This summer, the program will be held for its fourth year and support around 110 students, an increase from the 30 students who participated last year.

Scott says that he is continuing to produce math videos and wants to use the proceeds to further support the ESOL department at Blair. "Sometimes, they are a voiceless group in the school. I want to be a voice for them," Scott says.