An inside view on the reputable student-run Instagram page @mbhs4

Senior Jennifer Ren scans the hallways to take pictures of Jibbitz-clad Crocs during Spirit Week, scrolls through Twitter and Instagram to advertise the latest Chipotle club fundraiser, and opens up discussion for High School Nation's last minute switch-up. Though Ren isn't affiliated with any school publication, she's posting for over 3000 Instagram followers who rely on her for updates on school schedules, details on upcoming events and pictures showcasing Blazer pride.

Ren is an administrator of @mbhs4, a student-run Instagram account that keeps Blazers up to date on everything going on around the building and affecting the Blair community. Blair alumni Jordan Bondo, who graduated last year with the class of 2019, created the account in the summer of 2016 to unify the student population under one Instagram account. The current admins continue to run the account after Bondo's departure.

The amount of time Ren invests into the account revolves around Blair's weekly schedule. During Spirit Week for example, Ren collected photos from her fellow admins and from student posts that tagged mbhs4. She then decorated and edited her photos to make them aesthetically pleasing. "I poured a good five hours every single day into just posting things because… in my heart I want [the posts] to look nice. I add a bunch of calligraphy and doodles on all the pictures and edit them so the colors are nice," Ren says.

As a student-run page, Ren's main goal is to not only feature pride and participation, but also to give her fellow students a platform to express their opinions and unite as Blazers. "Recently, I've been trying to get a lot more input from the students with the things on our Story, like 'What are your opinions on the new furniture?' or 'What do you think of OneLunch?'" she says. 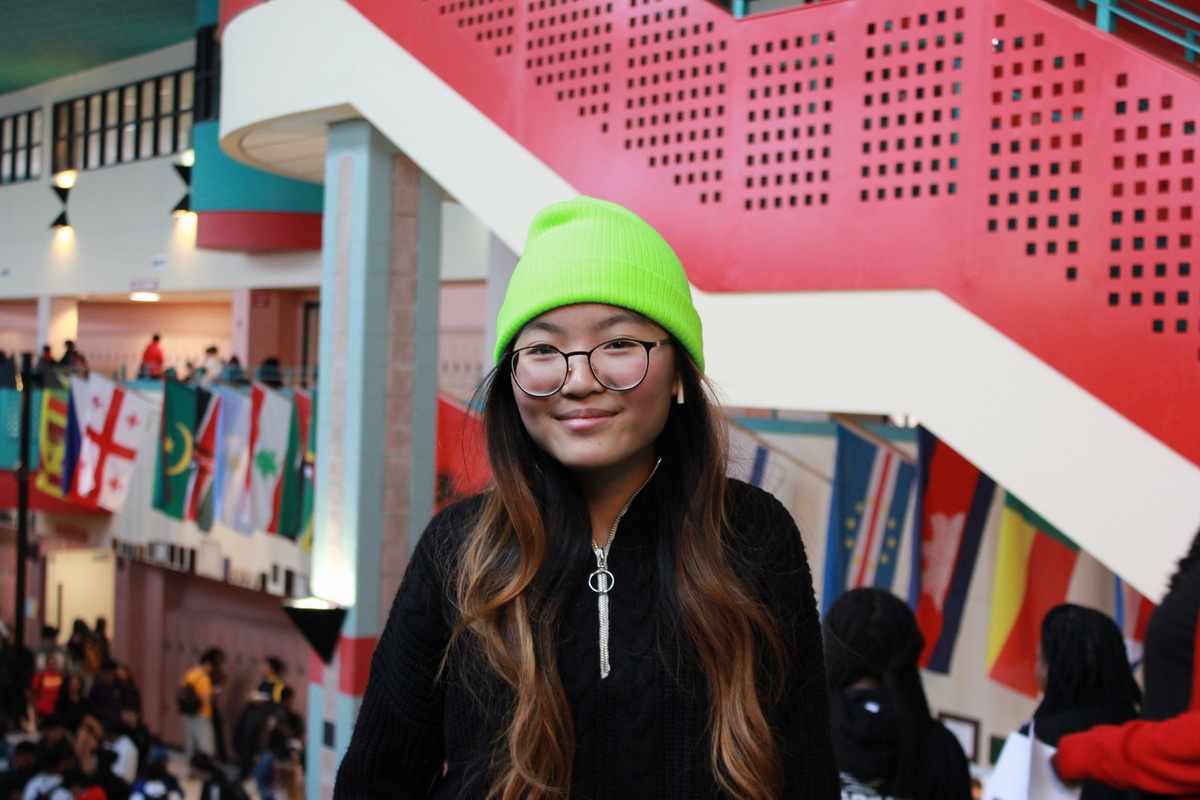 ﻿The mbhs4 admins utilize Instagram stories to encourage student participation, as stories allow for more interactive features. Ren believes that audience interaction is sparse because students would rather not publicly express their opinions by commenting on posts. By posting questions and polls on the mbhs4 Story, students can simply click or slide to their opinion. "It just gives people a more open platform to voice their opinions, and they can do it anonymously so they're more willing to say what they feel," Ren says.

The account's student-centered platform distinguishes it from other news organizations active at Blair, as mbhs4 represents raw, unfiltered student opinions. The focus of the account is on its followers rather than the admins, which results in its unceasing growth in popularity.

One major event highlighting the account's capacity for student participation was mbhs4's updates on High School Nation's change in the lineup. "Blair actually came together as a community. I originally just posted that as a joke, I was like 'haha it'd be so funny if we all tagged Silento', and then people actually started doing it, and the real Silento responded, which was just insane," Ren says. The account continued to support student voices and post student responses and memes on their story to update on the Silento issue.

Though mbhs4 has no official affiliation with Blair, admins like junior Gueslan (Gez) Torontow understand that they have the responsibility of reposting accurate and trustworthy news and maintaining the account's credibility. "We take it as a huge responsibility to be honest, everything we post on that page. The whole school is going to see it, and from time to time [Principal Johnson] will ask us to post a specific promotion or reposts what we post,” he says. Torontow emphasizes that the admins focus on trusting each other to post information that is beneficial to the student body.

"I like to think that what I'm doing is helping improve our community and unifying it by making sure we have increasing access to information about the school in general," Ren says.