Film falls in with the rest of the overdone, "based on a true story" movies

"McFarland, USA," is a textbook Disney movie with a typical plot line, as we've seen before with "The Mighty Ducks," "Remember the Titans" and "Invincible." The plot brings nothing surprising or extraordinary to the table, not to mention that Kevin Costner is yet again playing the "clueless mentor searching for answers" role previously seen in "Field of Dreams" and "Bull Durham." Disney has covered all of the major sports with football, basketball and baseball. This time they decided to venture out of the box a bit in a cross-country story. Let's not forget however, that there is no "bad" Disney sports movie. Yes they are cliché, but just like any other Disney sports film, "McFarland, USA" is an inspirational and heartwarming story.

Screenwriter Christopher Cleveland ("Glory Road") overdid some cliché moments and lost focus at some points with too much emphasis on White's family life. The plot line is so perfect and predictable that one wonders how much of the movie is based on the true story and how much has been played up by Hollywood. 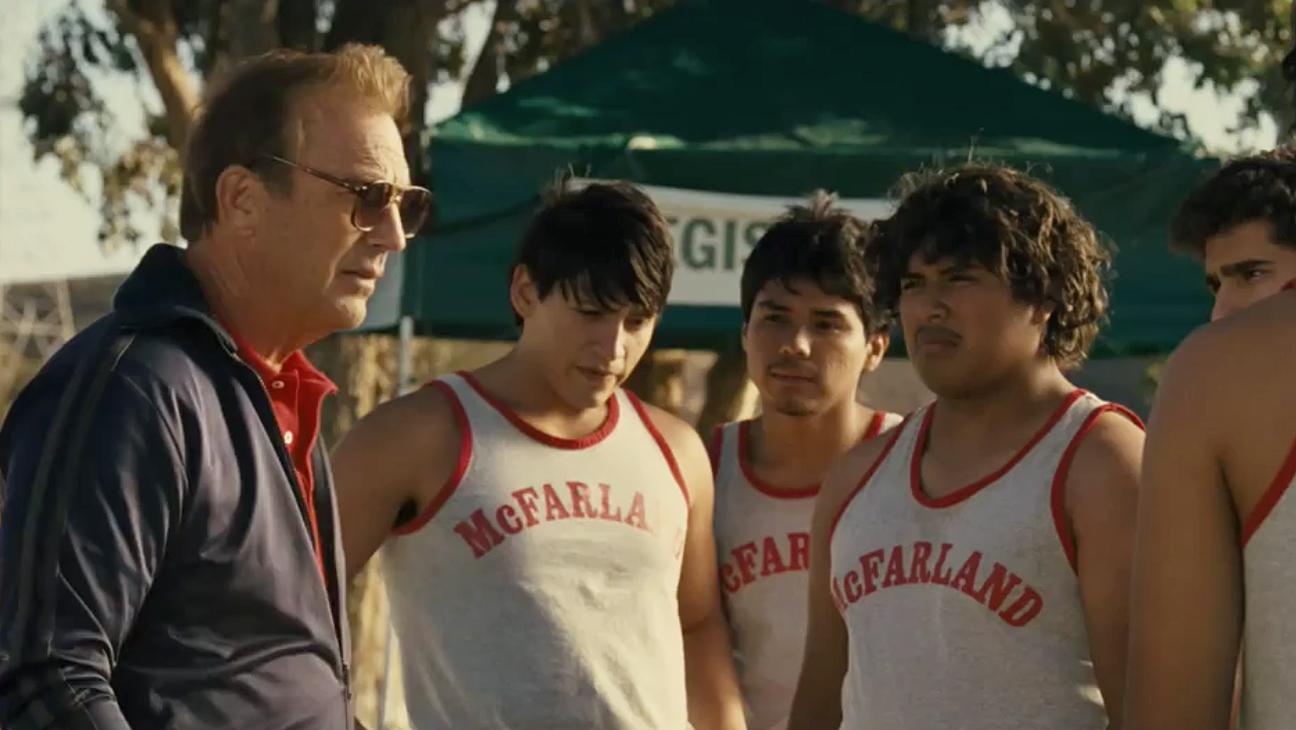 Photo: Kevin Costner stars in his usual athlete-mentor role with a group of rag-tag immigrant runners.

One thing that director Niki Caro and Cleveland navigate skillfully, however, is the development of the relationships between the Caucasian coach Jim White, his Hispanic runners, his family and the entire town of McFarland. White's cross-country team is full of economically disadvantaged boys who wake up at 4 a.m. to pick the fields, run to school and then back to the fields on a daily basis to support their family. White, on the other hand, comes from a middle-class family, and has no experience with the hardships the boys face daily. White and his best runner, Thomas Valles (Carlos Pratts), have a number of emotional conversations, including one that convinces Valles not to commit suicide. While "McFarland, USA" is certainly a sports movie, Caro gives the audience a good taste of what the late 20th century "American dream"—or lack thereof—looked like.

Yes, the plot is predictable. But in the end, Jim White and the boys of McFarland High School have an incredibly heartwarming underdog story that anyone will fall in love with. Not to mention, Kevin Costner and his sidekicks do a pretty darn good job of making it easy for the audience to root for them.

"McFarland, USA" is rated PG and is playing in theaters everywhere.