This is not original reporting. All information has been compiled from The Gazette, The Washington Post and the Montgomery County Public Schools website. Silver Chips Online posts this news summary to provide readers with a forum for discussion.

On Dec. 9, 2009, Montgomery County Public Schools (MCPS) Superintendant Jerry Weast released his budget recommendation for the fiscal year 2011. Crafted with the hope that the school system will survive the recession unscathed, Weast's $2.2 billion budget proposal - a one percent increase over fiscal year 2010 - has nonetheless become the target of criticism from both the Montgomery County Council and many Parent Teacher Student Associations (PTSAs) concerned about potential cuts.

The viability of Weast's plan hinges on the county's observance of a maintenance-of-effort funding requirement. In the event the County Council cannot fulfill its obligation to provide $106 million in aid to MCPS, Weast has announced his intention to make significant budget reductions. One of the budget cuts on the table is eliminating salaried positions at and transportation to magnet programs countywide, including Blair's Science, Mathematics and Computer Science Magnet Program and Communication Arts Program (CAP).

The Board of Education is scheduled to consider Weast's 531-page proposal in February, after which it will be transferred to the County Council for debate and a vote in May. Don't strain your eyes reading hundreds of pages of dense text - Silver Chips Online is here to provide you with background on the maintenance-of-effort crisis and a much-needed executive summary of Weast's proposal.

Strapped with a $600 million deficit in its operating budget for fiscal year 2010, the county leadership explained in a letter to the Maryland State Department of Education (MSDE) that it could not afford to pay MCPS $79.5 million as required by law. The MSDE rejected the county's appeal in May, prompting councilmembers to search for a way to salvage both the county and school system budgets. The council devised a plan to loan the school system $79.5 million to cover debts payments the county had shouldered on school construction projects. Weast was on board with this plan until he learned that the council might circumvent the maintenance-of-effort requirement when deemed necessary in the future.

Tensions between Weast and the council escalated when he questioned the plan's legality in a letter to MSDE Superintendent Nancy Grasmick. In a ruling delivered Nov. 4, 2009, Attorney General Douglas Gansler declared the county's debt service option unlawful. Councilmembers expressed outrage at the ruling, which may provide grounds for the state to impose a $46-million fine on the county. Under the maintenance-of-effort law, this penalty would also be extended to the school system.

Potential budget reductions
Even before the maintenance-of-effort crisis unfolded, MCPS financial advisors struggled to write a sustainable budget that did not compromise the quality of county education. Countless sacrifices have been made to balance operating budgets in recent fiscal years. Last year, Montgomery County Education Association (MCEA) employees voted to give up cost-of-living pay increases, which saved the school system $90 million. A hiring freeze has also been in effect for three years, providing nearly $50 million in savings. 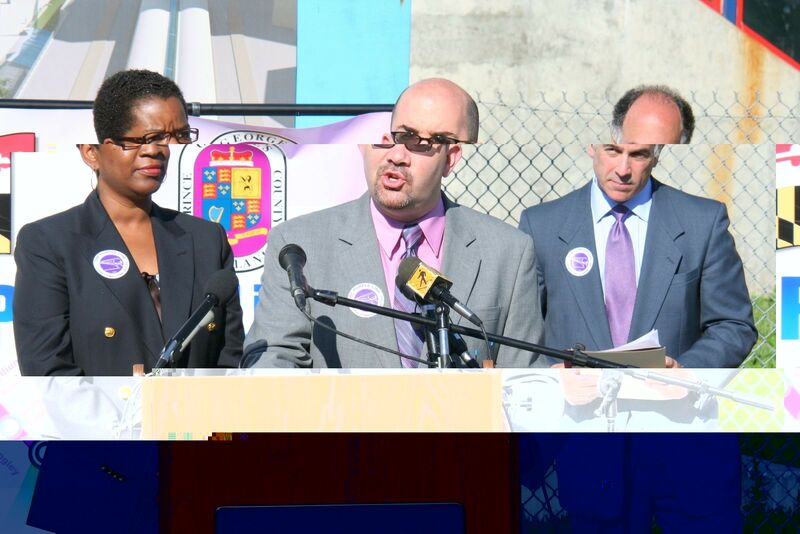 In his budget recommendation, Weast identified $43 million in cuts MCPS could make to compensate for losses incurred if the state fines Montgomery County. Most troubling to Blair are two provisions that would slash funding for immersion, magnet, International Baccalaureate (IB), signature and other special programs.

The first suggestion advises a 20 percent reduction in the MCPS special program teaching staff, a move that would remove an estimated $832,487 in costs from the budget. The second recommendation calls for the elimination of transportation to optional special programs outside normal attendance zones, which would save the county approximately $4.9 million. Other budget reductions on the table include purchasing fewer instructional textbooks and increasing class size by an average of one student per class to save a combined $1.7 million. 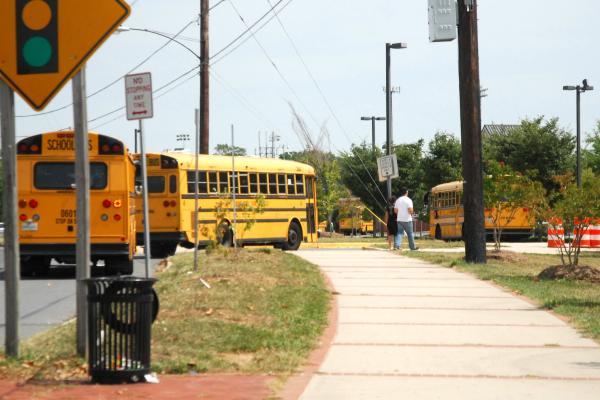 Photo: Transportation may be affected by Weast's recommendations.

Photo: Transportation may be affected by Weast's recommendations. Photo courtesy of Alex Joseph.

Although Weast's proposed budget does not deviate much from last year's operating budget due to the recession, it does call for an additional $106 million to cover increases in operational costs. Specifically, Weast advised allocating an additional $15.8 million to pay for increased enrollment and new school expenditures, $25.9 million for salary costs and benefits, $33.1 million for increases in health insurance and $30.9 million for Other Post Employee Benefits (OPEB), a program that protects insurance benefits for future retirees.

Weast, who asked for a $26.4 million increase in county funding, expects the Montgomery County Council to shoulder the burden of these additional costs. Unless MCPS is penalized for last year's maintenance-of-effort debacle, it should also receive 20 percent of its funds from the state of Maryland and five percent from the federal government.