Pearson to accelerate use of county's integrated curriculum

Montgomery County Public Schools (MCPS) has formed a private partnership with Pearson, an education publishing company, to create a rigorous, integrated curriculum for elementary school students. Over the next two years, MCPS will be working with Pearson to develop the curriculum, which the publishing company hopes will be complete in three years. MCPS has granted Pearson the rights to market the curriculum to other school systems in the nation that are interested in adopting the program. 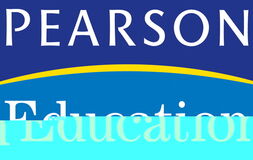 Photo: Pearson is an education publishing company that includes textbook publishing brands such as Merrill and Prentice Hall.

Photo: Pearson is an education publishing company that includes textbook publishing brands such as Merrill and Prentice Hall.

The partnership formed after a conversation between county superintendent Jerry Weast and spokespeople from Pearson. The conversation originally focused on the idea of developing assessments that would be more beneficial to students and eventually turned to the idea of creating an integrated curriculum, according to Public Information Director for MCPS Dana Tofig.

Designing a demanding, integrated curriculum was something that MCPS had already decided to do when Pearson expressed interest in the idea. "If Pearson has success marketing it, that's great,” Tofig said. "We anticipate that in three years [the curriculum] will be fully integrated.”

Tofig also explained that the agreement has received mostly positive feedback from parents and teachers. Those who have had concerns, he added, do not fully understand what MCPS is trying do. "A lot of that is based on misinformation,” he said. Tofig added that he encourages for parents and others who are concerned can read the official contract between MCPS and Pearson, which is available on MCPS's website.

Tofig emphasized that students are expected to greatly benefit from this integrated curriculum. "There's almost no risk for MCPS in this deal,” he said. Because of the agreement between MCPS and Pearson, Tofig added that the plan even has monetary pluses. "It ultimately could benefit us financially,” he said.