MCPS moves closer to the completion of its boundary study

On October 20, WXY Studios released a public tool for the MCPS boundary study, marking a new phase of the project. This online tool is for county members to examine how well schools score on a variety of criteria. This criteria includes student diversity, if the school is over or under capacity, and proximity of most of the students to the school. The tool is the summation of over a year's worth of data, and will be used not only to inform the public of the findings, but also as a concrete way for the organization to get feedback about the study in general. The data will be collected from now until mid- to late-December, when it will be summarized in a report to the county and used to inform important future decisions that could be needed. 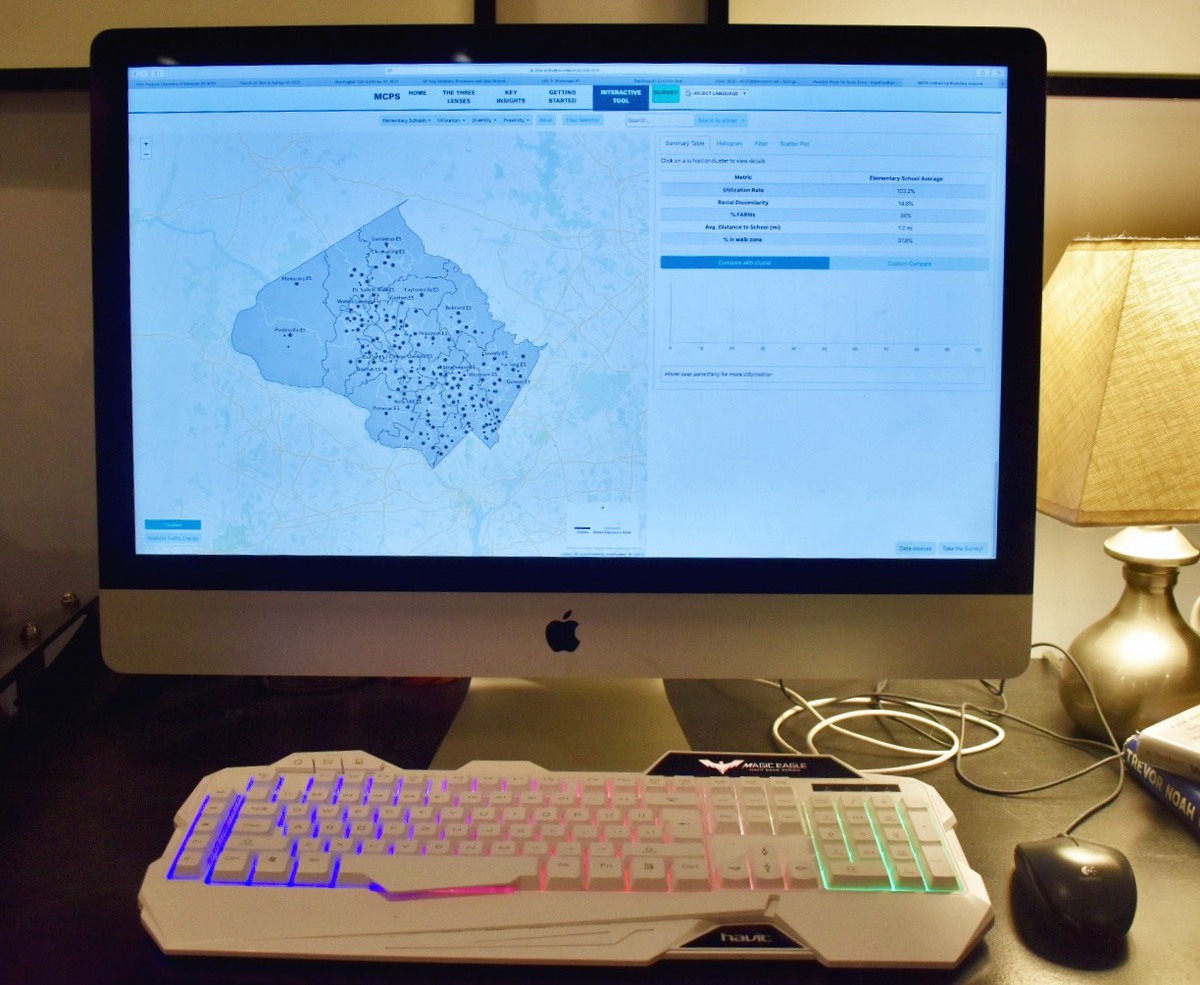 Photo: The online tool is designed to help people see how well schools score on a variety of criteria (courtesy of Maya Frey)

Another important part of the new phase of the boundary study is the community engagement surrounding the online tool. To help with this, the website where the tool can be accessed also has a survey that MCPS wants users to fill out. This survey asks participants about patterns they see in the tool, ideas they might have for specific focuses, and has more general questions about the efficacy of the tool. Steve Brigham, a principal at Public Engagements Associates,a group that works mainly on reaching out to the public during projects and facilitating dialogues, emphasized the importance of the survey. “We’re really pushing out the message that we want as many residents as possible to use the tool, but not only use it, but fill out the survey answering about two dozen questions on what are their insights, issues, views, perspectives, or concerns around the tool,” Brigham said.

Over the course of the boundary study, many people have had only a general idea of its purpose, making the tool an attempt to clarify the study. This includes senior Emiliya Gebru, who, like many students, has heard of the study but never really looked at it. “So I know a little bit from my friends that it’s something about diversity in schools, but that’s pretty much it,” Gebru said. For this reason, one of the main challenges that the tool attempts to address are the concerns or misunderstandings that people might have about it. As explained by this Bethesda Beat article written in 2019, the boundary study hoped to discover ways in which MCPS schools could be used more effectively, but not to give any plans of action, or even clearly state that anything had to be done.

In addition to collecting demographics, community meetings were also held, where people could meet and discuss their opinions on the study. Brigham explains that among the concerns that parents brought up was the fact that many chose where to buy their house based on schools, and a change to boundaries could impact that. “An issue, which we heard loud and clear in the first phase, is that people choose to buy a house or live in a certain part of the county based on schools, especially if they have kids or are planning to have kids, so it raises anxiety levels if they fear that’s going to change,” Brigham said.

Currently, the study is in its second phase, with more online meetings planned over the next few months, with a culminating report in January. Once MCPS has all of the information collected throughout this process, they have said they will use it as a database for county members to look through and let them understand the problems that individual schools might face. No changes have been planned, and MCPS has stressed that the study will not directly result in any boundary shifts. More information can be found here on the MCPS website.