The Board of Education (BOE) unanimously amended the Fiscal Year 2010 (FY2010) budget on Feb. 23 to reflect the addition $21.4 million that Montgomery County Public Schools (MCPS) will receive from the American Recovery and Reinvestment Act of 2009 (ARRA).

In accordance with federal mandate, the BOE has approved the spending of $15.3 million on special education and $6.1 million on elementary schools that serve low-income students, identified as Title I schools under the No Child Left Behind Act.> 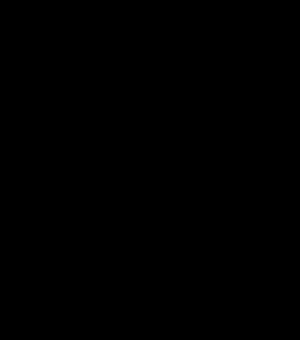 Photo: Federal money will go towards special education and Title I schools.

Photo: Federal money will go towards special education and Title I schools.

On Feb. 24, BOE President Shirley Brandman, MCPS Superintendent Jerry Weast, Representatives Chris Van Hollen (D-Md.) and Donna Edwards (D-Md.) and County Councilmember Valerie Ervin announced that MCPS will receive $42.8 million over the course of two years and briefly outlined how the money will be spent. "The addition of the federal stimulus funds offers an opportunity to restore a number of budget initiatives that will help to strengthen teaching and learning for some of our most vulnerable students and expand some very key investments that we know work for students," Brandman said, according to a MCPS press release.

Although MCPS had expected to receive some funds from ARRA, the amount received exceeded estimations, according to a memo Weast sent to BOE members on Feb. 23. Weast also said that MCPS might receive more federal money later this year for other programs. "The budget amendments recognize this additional revenue, but more federal aid is likely to become available later this year from other aspects of the ARRA provisions," he wrote.

However, MCPS is very pleased with the money it has received because it allows the BOE and Weast to reverse some of the cuts that were made in the FY2010 budget that was approved by the BOE on Feb. 9, according to MCPS Director of Budget and Planning Marshall Spatz. "It allows us to improve services for some of our most vulnerable students and allowed the Board to restore about $5 million of the school-based reductions made earlier in February," he said. "It saves over 200 jobs that otherwise would have been cut because of the recession."

The $6.1 million for Title I schools includes money that will expand the full-day Head Start program to 18 schools, restore teacher positions in math and reading support and maintain teacher positions that might have otherwise been cut. "This funding comes at a critical time for us, as we are serving more students who are living in poverty and with special needs. We will put every dollar to work on their behalf," Weast said in the press release.

The United States House of Representatives and Senate passed ARRA in a 246-183 and 60-38 vote, respectively, on Feb. 13. President Barack Obama signed the bill into law on Feb. 17. Both Maryland Senators and all Maryland Representatives except Roscoe G. Bartlett (R-Md.) voted in favor of the bill.

Overall, ARRA will provide $11.8 billion to schools nationwide for special education under the Individuals with Disabilities Act. According to Weast's memo, MCPS currently receives 10 percent of its special education budget from the federal government, but the additional funds will increase that percentage to 20 percent.

The amended budget was sent to County Council this week and will be voted on by the Council on May 21. Budget hearings will be held throughout April for community feedback.