The Montgomery County Police Department (MCPD) and MCPS have identified seven students suspected of involvement in the security breach, according to MCPS Director of Public Information Dana Tofig. He explained that these students ran a program on school computers to access teacher passwords. "They used a USB device that ran a program to capture keystrokes," he said. 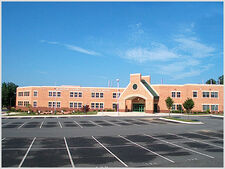 The school system is currently updating county computers to prevent users from running programs off USB flash drive devices. "You can still do certain things, such as copy documents, but you can't run a program off a USB device," Tofig said.

MCPS Chief Technology Officer Sherwin Collette also sent an email notifying teachers that they would be required to change their computer log-in passwords by Feb. 10 and create a new password every 120 days, according to a Feb. 4 article published in The Washington Post. "We're trying to reinforce the idea that people have to change their passwords more frequently," Tofig said. The memorandum also informed MCPS employees that the new passwords must be eight characters long and contain one number and one capital letter to strengthen the security of teacher accounts.

After interviewing teachers and students, MCPD and MCPS investigators have determined that the students involved infiltrated three teacher accounts. These teachers are still in the process of fixing discrepancies between printed records and the grades that appear on their computer accounts, according to Tofig. "The investigation is still ongoing," he said. "We have the capability of doing audit trails."

MCPS officials are currently issuing punishments to the seven students who illegally accessed teacher computer accounts. Tofig could not reveal the charges against the students or the recommended punishments due to confidentiality requirements, but he said that the punishments for computer abuse range from a loss of computer privileges to a police referral and recommendation for expulsion. The punishments for academic dishonesty range from a conference to expulsion. "We're taking this very seriously," he said. "Ultimately, these students put their futures in jeopardy."

The students involved could also face criminal charges if the Montgomery County state's attorney decides to press charges, according to Tofig. School officials are also considering taking disciplinary action against students who asked for those directly involved to change their grades.

Alex Pope, a senior at Churchill High School, described the investigations that took place over the past month. "At one point, a whole lot of cop cars were parked outside the school," she said.

Pope could not identify the seven students charged with the computer security breach. "I've only heard rumors," she said. "I think a whole bunch of juniors were involved."