On Monday, June 10, the Maryland State Department of Education agreed to give Montgomery County Public Schools (MCPS) at least another year to make changes to its teacher evaluation system. 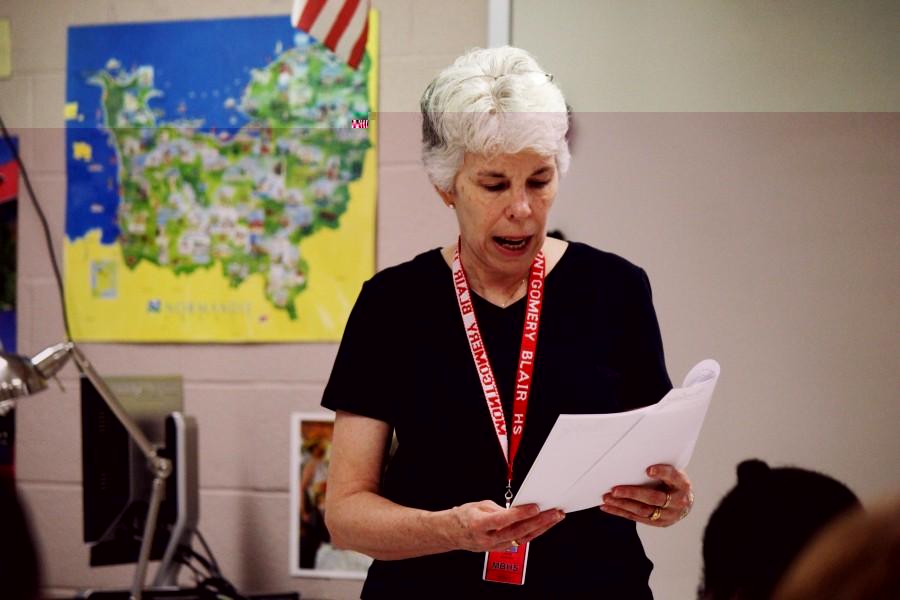 Photo: MCPS will be able to postpone any changes to its teacher evaluation system until the 2014-15 school year.

MCPS will be able to postpone any changes to its teacher evaluation system until the 2014-15 school year.  Photo courtesy of Callahan Mayer-Marks.

As a result, MCPS will be able to postpone using standardized test scores to evaluate teachers until the 2014-2015 school year, if not longer. The state's decision is a good sign for MCPS because it suggests that the county will be able to resist the pressure to evaluate teachers and schools based on test scores coming from the state and even the federal government under education reform like Race to The Top.

The state and Montgomery County have been in conflict over teacher evaluation standards since last year when MCPS refused to sign on to Race to The Top, a national education reform which mandates using standardized test scores in evaluations. Before deciding to give MCPS another year to negotiate, the state's Department of Education had been expecting MCPS to submit a new plan for evaluating teachers that included standardized test scores by Friday, June 14, according to the Gazette.

Monday's announcement is great for MCPS, especially since it allows MCPS to preserve its current system for evaluating teachers, Peer Assistance and Review (PAR). PAR uses a panel of teachers and principals to evaluate struggling teachers and has a mentor program in place to improve those teachers' performance.
The program is nationally acclaimed; it has even been studied by members of the U.S. Department of Education, according to the New York Times. Even though it is jeopardized by reforms like Race to The Top, many educators use PAR as an example for where teacher evaluation should be moving on a national scale.

MCPS is implementing some changes to its teacher evaluation system, however, according to the Gazette. Starting next school year, teachers and principals will be evaluated every three years, instead of five. MCPS will also start using Career Lattice, a program that gives some teachers "lead teacher" status. These changes are hardly as big of a deal as the ones the state and Race to The Top suggest.

It's still up in the air whether one year from now MCPS will be forced to switch over to evaluating teachers through standardized test scores. With any luck, MCPS will be allowed to keep the system it has tailored for itself. The struggle between Montgomery County and the mandates of Race To The Top is a prime example of how, often, school systems know better than the federal government when it comes to local education reform.