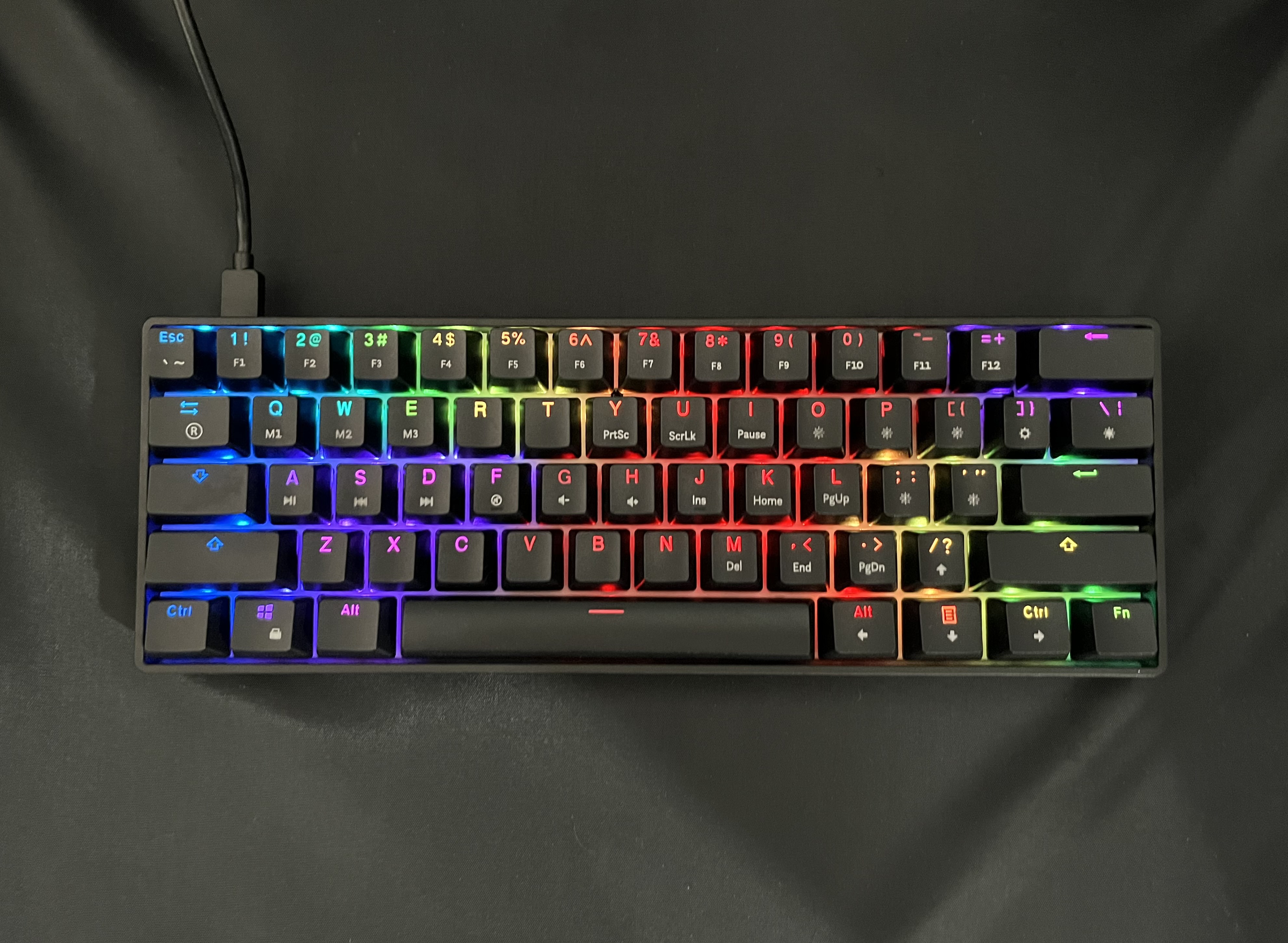 Most computer keyboards are plain and boring. They have cheap plastic bodies with white lettering on solid black keys. Most keyboards are cheap, membrane keyboards. This means that each keystroke depresses a membrane dome to make an electrical connection and register a stroke. Each press is mushy and unsatisfying, not to mention the lackluster sound – more of a bump than a click. For most people, it’s the only type of keyboard they’ve ever known.

What if I told you that it didn’t have to be that way? Mechanical keyboards offer greater customizability and overall quality than most membrane keyboards. A cyberpunk keycap set? Yep, that’s out there. A keycap set based on a cup of coffee? Sure, why not. A keycap set in red, with gold accents and katakana instead of romanized lettering? Yep, that’s out there. The point is, whatever your dream board is, you can probably make it.

The keyboard case is no different. From brass to aluminum to acrylic, cases come in a variety of different materials and finishes. While most keyboards have 104 or 101 keys, mechanical keyboards come in many different form factors. “TKL” or “TenKeyLess” keyboards forgo the numpad, while “40%” boards only have alphanumeric keys. With this large variety, each board’s shape can be customized to whatever the user prefers.

Don’t get me wrong though –mechanical keyboards don’t just look good, they also feel great. Instead of using rubber domes to actuate a press, mechanical keyboards use plastic switches, which house a stem held up by a spring. The stem holds apart two metal pins, and when you push down, the stem lowers allowing the pins to connect and a click to be registered.

Even these switches are customizable. Springs can be adjusted so the actuating force required for a press is heavier or lighter. In fact, the actuating pressure can be adjusted down to the gram. The switches can be silent or clicky, linear or tactile, green or purple and so much more. Many avid keyboard fans even perform their own modifications, adding lubrication or films to make each keystroke feel just the way that they like it.

Now, before you rush out and buy one, you should note a few drawbacks of mechanical keyboards too. First and foremost, they’re expensive. A budget mechanical keyboard will cost at least $50, while a custom keyboard can easily go for hundreds of dollars. Additionally, buying one may cause your family to hate you as the constant clicking of the keyboard slowly drives them crazy.

Putting the keyboard together also poses a challenge. While many keyboards are hot-swappable, meaning you can install switches without soldering, many aren’t. That means you’ll have to bust out the soldering iron and manually solder each switch in place, which can be a long and tedious endeavor.