A memorial service was held at the Montgomery College Cultural Arts Center in Silver Spring for junior Simon Miranda, last Saturday April 7. Miranda died on March 30 while living in Brazil. Family and friends congregated at the Arts Center to mourn his loss and celebrate the experiences they had with Miranda. 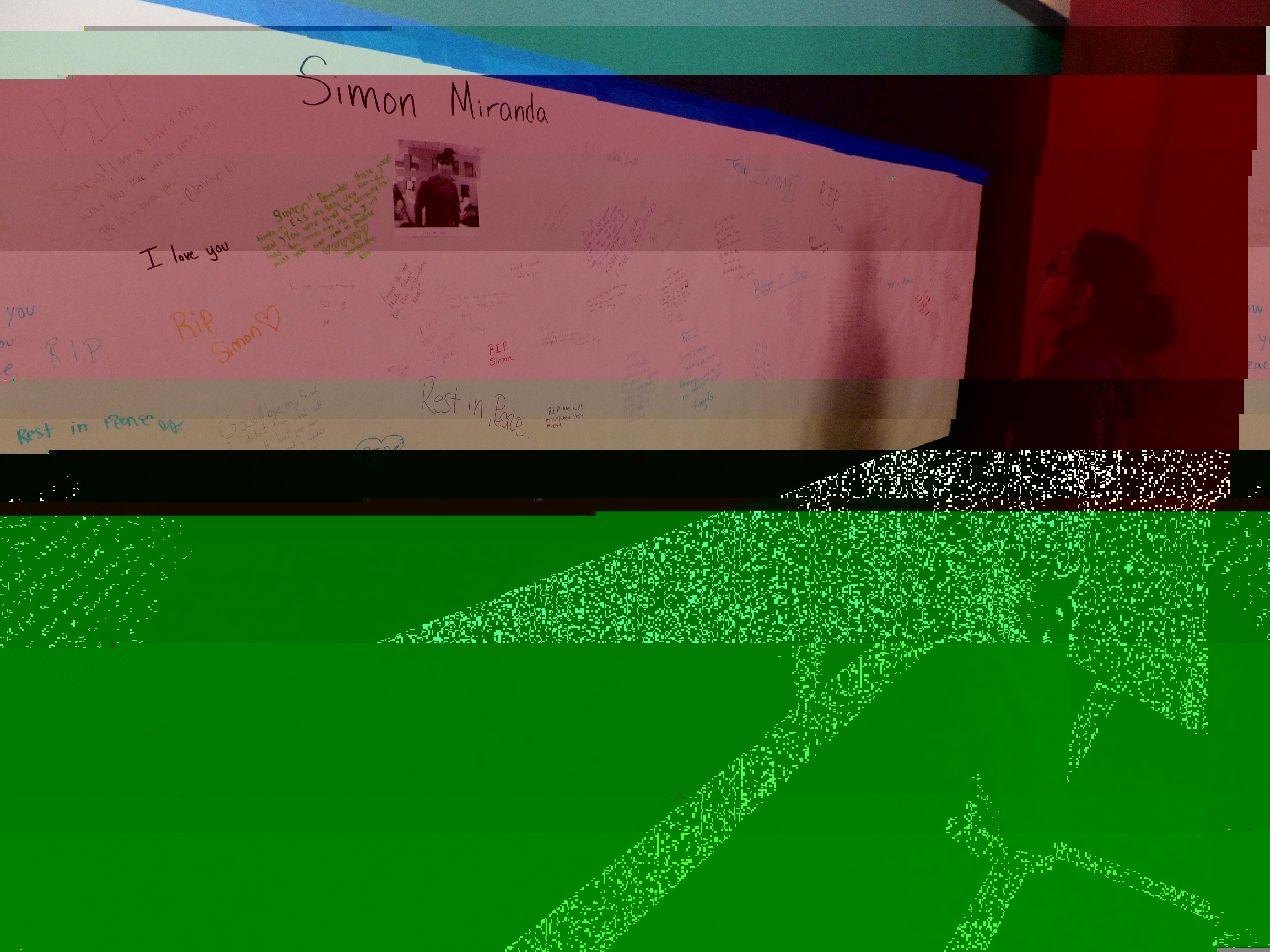 Photo: A Blair staff member looks at the memorial for Simon Miranda on Blair Boulevard.

Photo: A Blair staff member looks at the memorial for Simon Miranda on Blair Boulevard.

Reverend Larry Schmidt officiated the service and gave the opening remarks at the memorial. Schmidt turned Miranda's passing into a spiritual rebirth and asked the attendees to consider Miranda's impact on their own lives. Schmidt said that although Miranda is no longer physically with us, his aspirations and loving personality will carry on in our memories. "Simon's family asks not to mourn for his loss," Schmidt said, "but to celebrate his joyous life and that will make us stronger and more mindful of our surroundings and existence."

Many of Miranda's family members spoke at the memorial. Sarah Stegall, Miranda's aunt, dedicated a poem to his memory and asked the attendees to not cry for Miranda's death, but rather celebrate his life.

Judith Litherland, Miranda's grandmother, recited the song "Flying Free," by Jenna Lynn and pictured Miranda's spirit flying overhead. Kathryn Litherland, Miranda's mother, reflected her son's life and interests in traveling, music and politics. "I hope we can continue talk about Simon and his life and to keep that Simon present with us," Litherland said. "He was a bit of a puzzle in a lot of ways, but there were so many pieces to his life that when you see the whole big picture, you see that everything fit together to make up the puzzle that was Simon." 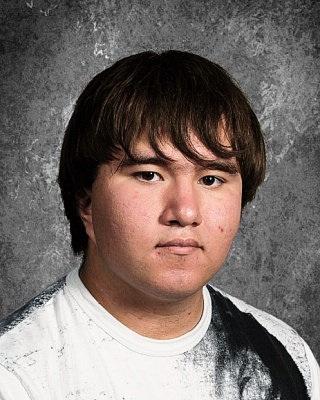 Photo: Junior Simon Miranda passed away at the beginning of spring break.

Photo: Junior Simon Miranda passed away at the beginning of spring break.

Principal Renay Johnson and social studies teacher Lansing Freeman also attended the memorial. Freeman remembers Miranda as a culturally-engaged student who asked numerous questions, especially about the Middle East. "I do not know if heaven exists, but if it does, Simon is probably up there," Freeman said. "And he is probably asking a lot of questions and getting a lot of them answered."

Some of Miranda's closest friends, juniors Tatyana Gubin, Sagarika Das and Evan Kahn, helped compile photos in a PowerPoint presentation depicting Miranda's life from childhood up to high school. Farewell messages written by friends, reflecting on the impact Miranda had on their lives, were also included in the presentation. "Those of us who knew you will remember you as a bright, charming young man, an insightful, troubled soul, a brilliant musician, a programmer," Kahn said. "And most of all a dear, dear friend."

At the end of the presentation was a video of Vinicius, a student Miranda became brothers with through a Brazilian exchange-student program. Vinicius recounted the experiences he had in America with Miranda and his dream that someday they would someday travel the world together. Although that dream can no longer be realized, Vinicius believed Miranda will always be with him. "Simon and I had good moments together and I know he is with me because he became a part of my history," Vinicius said. "I will never forget you and thank you Simon for being my brother."

Miranda was also a member of the Tech Staff on Silver Chips Online. Not only was he an amazing programmer, but he was an amazing friend to the entire Silver Chips community.