Metro fares raised despite issues with planning and programming 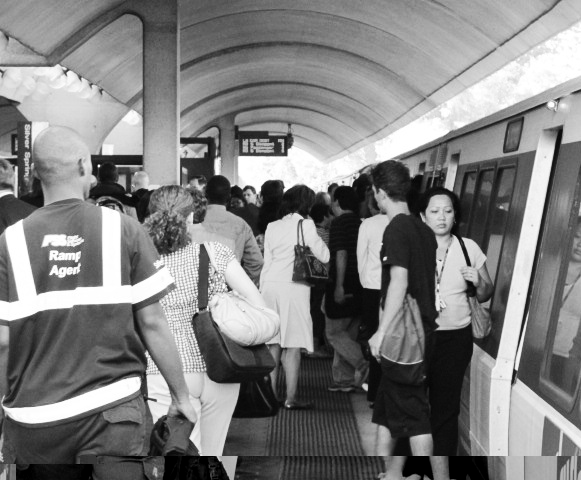 Gates said that the base boarding fee, the money that customers must pay to board any train, was raised from $1.65 to $1.95 on June 27. $0.20 peak-of-the-peak fees, fees charged during the two busiest periods of each weekday, were also implemented. The peak-of-the-peak fees went into effect for trips taken between 4:30 and 6 p.m. on Aug. 3, and were extended on Aug. 29 to apply between 7:30 and 9 a.m.

Riders who use SmarTrip cards, rechargeable plastic farecards designed to charge reduced fees, were not hit as hard by the hikes as those who use paper farecards. SmarTrip card users pay a base boarding fee of $1.60.

According to chairman of the Metro Board of Directors Peter Benjamin, they also avoid an additional $0.25 per ride fee, implemented on Aug. 1, paid by those who use paper farecards.

WMATA also had plans in the FY 2011 budget to cut the price of SmarTrip cards in half, from $5 to $2.50. According to Gates, WMATA wanted to make the fare hikes financially easier on riders. "We wanted to give back more to our customers, since we're already asking them to pay higher fares," she said. The price cut was supposed to be made on Aug. 29, but a problem with SmarTrip programming created delays for riders using the cards to pass through fare gates. Benjamin said the price of the cards will definitely be cut, but WMATA has not yet set a date for the cut to occur. Because of the programming issues, WMATA decided to put off the price cut until the programming is fixed. According to Gates, the date of implementation will be discussed at the WMATA board meeting in October.

According to Gates, the Metrorail fare hikes are projected to bring in about $65 million in revenue for WMATA, but the final amount of money generated will depend on ridership. "[The fare increase] was ultimately meant to cover the gap, but we don't know how much it will generate until we see how users continue to use the system," she said.

This year's $189 million budget gap is significantly larger than the $154 million gap that existed in the FY 2010 budget, said Gates.

The FY 2011 budget deficit consists of a combination of revenue decreases and expenditure increases. 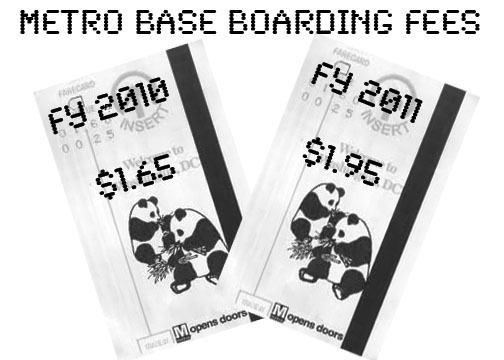 Photo:
Gates said, however, that the main problem is decreased ridership. "Basically, ridership did not grow as much as we projected it would," she said.

The July ridership report, however, shows a two percent increase in Metrorail ridership compared to the same time last year, from from 780,547 riders per week to 794,032 riders per week, according to Gates. She said that even though total ridership in FY 2010, which ended in June, decreased compared to FY 2009, the monthly increase that occurred this July is an encouraging sign. "[The July numbers] are from FY 2011, and each month we look at how ridership is changing, so basically it's good news that ridership is up," she said.

According to Gates, other contributions to the deficit include emergency operating reserve funds that were used in FY 2010 and are no longer available, the end of an advertising contract with CBS Outdoor and increased costs of pension plans, healthcare and salaries for employees.