Congress currently is debating the details of a bill that will raise the hourly minimum wage from $5.15 to $7.25. Raising the minimum wage is no doubt long overdue, but the discrepancy between what is earned and what is needed to survive will remain unless the government addresses the true complications behind the issue of the value of minimum wage.

The minimum wage has not been raised since 1997. In the past 10 years the value of the dollar has steadily declined due to inflation, making $5.15 today equivalent to only $3.95 in 1995. This could not buy much more than a can of shaving cream and a couple packs of gum, but people are expected to survive on it. The fact that minimum wage is not indexed to inflation is a major problem being overlooked. Congress decides when the minimum wage increases and by how much, but they have not passed increases to help the minimum wage keep up with inflation. 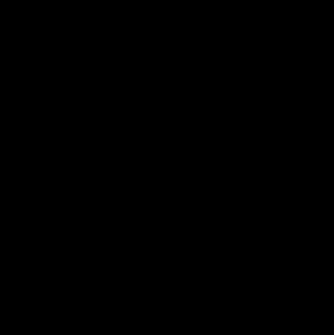 An additional problem of the current, and proposed, minimum wage is that it does not equate to the cost of living. A full-time minimum wage employee earns a yearly salary of $10,712, more than $5,000 below the federal poverty line for a family of three, which is often supported by one worker.

If the minimum wage is increased to $7.25, a full-time minimum wage worker would make $15,080 annually. According to Economic Policy Institute (EPI), a nonprofit that seeks to broaden the public debate about strategies to achieve a prosperous and fair economy, the income needed to support a family of three ranges from $23,000 to $46,000 depending on where the family lives. Though the $2.10 increase will help, the income from minimum wage would still be far below the cost of living.

Despite the obvious problem with the poverty line, Congress continues to debate over what effect a raise in the minimum wage would have on unemployment. EPI reports that after the last increase, no measurable negative impact on employment could be found. In fact, unemployment fell to its lowest level in decades; debate over.

With a raise not only will unemployment decline but a large amount of current workers, whether minimum wage or not, will experience an increase in their salary. Close to 10 million workers received an average wage hike of around $0.40 per hour from the last increase, which could afford them a used car or nicer apartment. It is suspected that about 14.9 million would benefit from the proposed increase.

Congress is right to raise the minimum wage, no questions asked, but one increase now will not prevent unequal minimum wage in the future. The bigger problem lies in the inadequate measurement of the cost of living and, thus, an underestimated poverty line. To avoid future miscalculations of a reasonable poverty line, Congress should focus its attention on developing a way to more adequately measure the cost of living and factor for inflation so the minimum wage can be adjusted accordingly. By developing a technique to do so now will ensure fair increases later on.