As I walked around the newly opened Martin Luther King Jr. Memorial last September, dozens of people were taking pictures, contemplating the memorial's message and absorbing the beauty of the landscape. But as I approached the centerpiece of the memorial, I passed by a father who was explaining to his two children that no, the quote on the 30 foot tall monument is not something King said, nor would he ever have said something like it. 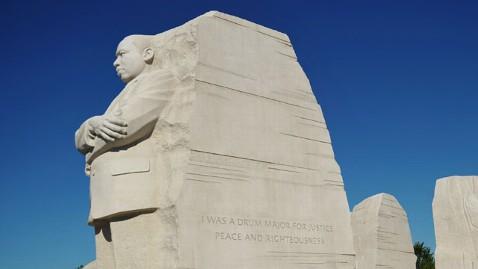 Photo: The centerpiece of the MLK Memorial in D.C. is being changed to correct a misquotation.

Photo: The centerpiece of the MLK Memorial in D.C. is being changed to correct a misquotation.

This misquote sparked controversy around the country, which was culminated with poet Maya Angelou, who knew King during his lifetime, saying that the quote made him look like an "arrogant twit." The entire quote was chosen by a panel to be put onto the memorial but architects cut it short for aesthetic purposes.

But now, justice is being served. Interior Secretary Ken Salazar announced last week that the National Parks Service has 30 days to meet with family members, the King Memorial Foundation and others to change the quote to a more accurate alternative.

By dissecting and re-piecing together King's words, the architects completely lost the meaning behind the speech. "The Drum Major Instinct" was about the frivolity of feeling superior and seeking attention. King concluded the speech by talking about what kind of eulogy he wants when he dies, and he told the congregation that he wants his funeral speaker, "not to mention that I have a Nobel Peace Prize—that isn't important. Tell them not to mention that I have three or four hundred other awards—that's not important. Tell them not to mention where I went to school."

He continued on to say the true drum major quote, using the imperative "if." Without the "if," and the rest of the context, King sounds just like poet Maya Angelou said, "an arrogant twit." The quotation as it is right now casts King in a negative light that he definitely does not deserve.

This quote put a black stain on an otherwise beautiful memorial by bringing disdain to King's memory. Changing it is a decision that will positively affect us, and every generation hereafter. Hopefully the correction will contribute to the auspicious memory that King is rightfully entitled to.