Montgomery County Alcohol Beverage Services (ABS) misleads the people of Montgomery County by masquerading as a benevolent organization. The concern is with ABS' intentions, and to recognize their hypocrisy, we must first know who they are.

ABS was established in 1951 and has been distributing beer, wine and other alcoholic beverages to over 1,000 licensed businesses. It sells alcohol to 25 retail stores that they own and operate in Montgomery County. Last month, ABS partnered with Tito's Handmade Vodka and raised $10,000 for Alex's Lemonade Stand Foundation (ALSF), a national charity that funds research in childhood cancer and provides support to children and families who are battling the disease.

At first glance, this fundraiser may just seem like an act of kindness and the department's shot at improving society. And it might as well be. Junior Valentina Simon was only a middle schooler when her father was battling stage three colorectal cancer. Looking back from now where her father is a cancer survivor, Simon says her family would have gladly accepted donations from ABS, having spent nearly $20,000 on her father's treatment. "I believe if people want to go out and enjoy themselves, and there is a tax on that enjoyment that goes towards a good cause, I believe that's reasonable," Simon says.

However, there are many facets to ABS' initiative.

This very alcohol that ABS spreads throughout Montgomery County is the root of both health and societal issues. High blood pressure, stroke and heart disease are just a few of the long-term health risks caused by alcohol. According to the American Cancer Society, alcohol is linked to cancer in nine different organs of the body. But it doesn't stop there.

Alcohol breaks families and clouds one's judgement. Alcohol consumption may lead people to turn to violence, according to the National Institute on Alcohol Abuse and Alcoholism. Victims of violence can also turn to alcohol, creating a vicious cycle of alcohol consumption. Finance also becomes an issue, as people can spend from $20 to $300 drinking alcohol per sitting. ABS is the organization that sells a substance which destroys our most important values: health and family.

Upon closer inspection, there is an even more troubling aspect to ABS. Montgomery County Alcohol Beverage Services was not always known as "ABS." Previously known as the Montgomery County Department of Liquor Control, the department, according to the Washington Post, changed its name this year to reflect its new nature of being "less controlling" in an "effort to move the department’s image away from its regulatory focus and toward customer service."

This is especially worrying as, according to the Center for Disease Prevention and Control, alcohol is the most commonly abused drug among adolescents in the U.S. In an era where teenagers are drinking more than ever, "less control" on alcohol has no place in keeping the next generation safe and healthy. 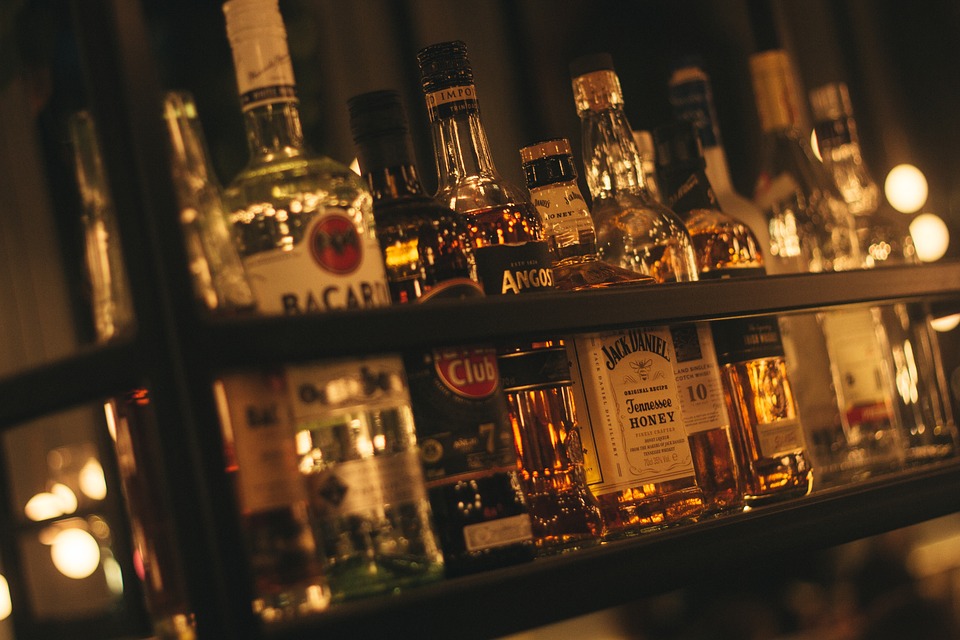 Photo: ABS poses as an organization dedicated to public wellbeing while selling alcohol, a source of societal and medical issues (courtesy of Pixabay)

Photo: ABS poses as an organization dedicated to public wellbeing while selling alcohol, a source of societal and medical issues (courtesy of Pixabay)

This is what Bob Dorfman, director of ABS, has to say about this issue "Supporting programs that benefit families and children falls in line with our commitment to public health and safety," he said. To sum this up in one word: Hypocrisy.

The worst part is that the funds ABS raises funds for charity is nothing more than a shallow marketing strategy. According to Fast Company, more people buy from socially-minded businesses, that is, companies that donate a portion of their revenue to charitable institutions, because the public sees this as a means of "giving back." According to Elaine Fogel, author of Beyond Your Logo: 7 Brand Ideas That Matter Most For Small Business Success, "84 percent say whenever possible they try to purchase products or services that are socially or environmentally responsible."

But Simon would otherwise disagree. "Honestly, I don't care [about their intentions]. If they are giving money to people who are in need of it, I believe that it's acceptable," Simon says.

The point is not that donating money to charity organizations should be avoided. Charity is good. Donating is good. Attempting to manipulate and deceive the public is terrible. The ABS' focus should be on regulating alcohol sales and decreasing alcohol consumption rather than touching up its public image.

And yet they say they are committed to public health and safety. That they donate because they care.


Boaz Yoo. Hi. I am a staff writer for SCO. I enjoy practicing martial arts, playing tennis, and writing articles for SCO. More »