80 staff positions to be eliminated 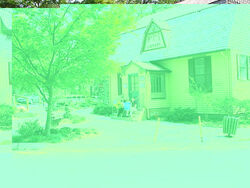 The council, which is currently discussing the recommended library budget cuts in work sessions with the MCPL, is expected to pass a revised budget on May 20. Currently, the budget proposal calls for a $3-million cut in library materials and 13.5-percent reduction in library service hours starting in July, according to Hamilton. "Although library hours overall were reduced, they were also consolidated to make them more convenient and uniform,” she said. "Library services on Sunday were extended to cover the entire calendar year.”

Leggett's budget proposal will also impact the MCPL staff, which will be reduced by 80 total positions, approximately 55 of which are already filled. Hamilton conceded that library operations will be hindered by these staff reductions and a 10-day furlough of non-public safety county employees, a measure that is expected to save $15 million. "Our ability to provide services will be degraded, due to the loss of so many work hours from an already reduced staffing complement,” she said.

Noyes Library for Young Children, a one-room library and historic landmark in Kensington that only offers material for young children, will be closed for two years to accommodate renovation work. Hamilton said that the temporary closure of Noyes, projected to save the county approximately $65,000 in operational costs for FY 2011, will benefit the community in the future. "The intent of the budget proposal…is to allow Montgomery County Public Libraries (MCPL) to redesign its purpose, interior and collection so that when it reopens, it will be a unique library for immersing children in emergent literacy behaviors,” Hamilton said.

Jan Baird-Adams, the manager at White Oak Community Library, said that she will likely have to downsize educational programs due to the MCPL budget cuts. "We will have far fewer programs, including the children's programs that are very popular at this branch,” she said. "We often have between 70 and 95 people show up.” White Oak currently offers six program sessions a month, but the county's adjusted budget only allows Baird-Adams to schedule three meetings per month.