The Montgomery County Department of Parks has sent park police back to Rock Creek Stream Valley Park in Chevy Chase, Md., to address deer overpopulation. These sharpshooters will work in the park from dusk to dawn until March 31, attempting to curb this population. While this park is more heavily populated than most, this deer problem has escalated, causing damage to humans, timber industries, and the future of these fragile environments, according to the Montgomery County Department of Parks. The site states , "An overabundance of deer can have a profound impact on native vegetation and wildlife habitat." 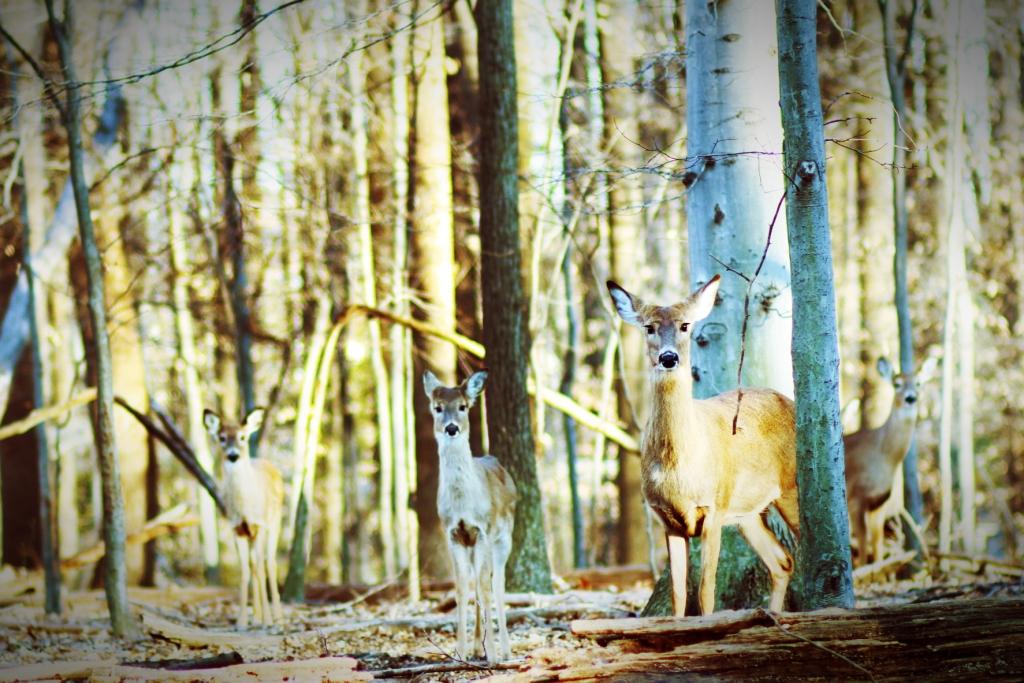 Deer in the woods

Photo: In the Chevy Chase Park, the deer population is three times larger than the suitable amount that can sustain a healthy surrounding environment.

Photo: In the Chevy Chase Park, the deer population is three times larger than the suitable amount that can sustain a healthy surrounding environment.

Rock Creek Stream Valley Park is in a critical ecological situation, having more than three times as many deer that the area can sustain without damage to the surrounding environment. When there is an overpopulation of deer, they begin to eat anything on the floors of forests, causing permanent damage to underbrush and seedlings.

According to Advanced Placement (AP) Environmental Science teacher Christopher Brown, all of this damage reduces the chance of the forest existing once the current tries die, which would completely throw off the natural environment in that area. "As soon as one population grows without limits, you're going to throw off an ecosystem. There's really nothing stopping these deer now," Brown said.

While Rock Creek Stream Valley Park may be in a more pressing situation than other areas, there has been a marked increase in deer populations. During the 2011-2012 season, Maryland hunters harvested nearly 6,000 deer according to the Maryland Department of Natural Resources (DNR). However, these numbers have not significantly reduced the deer population into a sustainable one for the environment, prompting an expansion of deer management task forces (such as Rockville's ).

According to Blair junior Giovanni Corti, many deer can be seen among the popular Sligo Creek trail, where seeing deer even during broad daylight is not uncommon. "I see the deer quite often, and it's a tense situation. You never know if the deer have become bold enough to attack you once they have wandered into your lawn," Corti said.

This deer overpopulation has surged in recent years with easy availability of food and lack of predators. However, this situation is likely to decrease in coming years as the deer run out of room and hunters become more aggressive, possibly peaking over 100,000 deer "harvested" for the first time since the 2009-2010 season, according to the DNR . While these deer are not necessarily as harmful as the predators that they have replaced, according to the Insurance Journal , car and deer collisions cause over 200 deaths and cost over $4 billion a year. The deer population was almost completely wiped out in the early 1900s, staying at around 500,000 across the entire nation, but recently it has been measured to be closer to 25-30 million and causing intense ecological damage all around the nation.